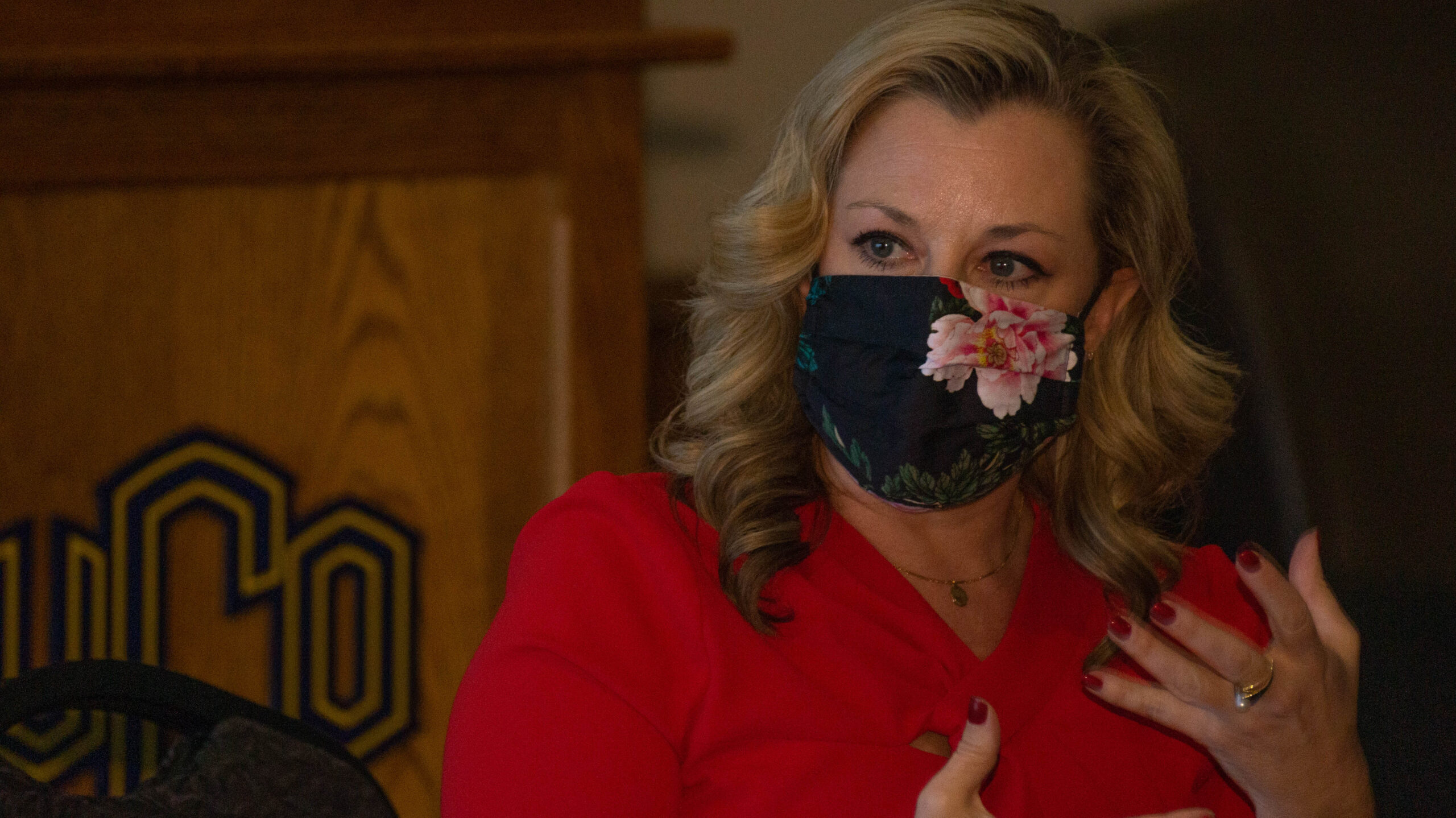 Congresswoman Kendra Horn made an appearance at the University of Central Oklahoma on Friday to meet with students ahead of the general election. The final day to request an absentee ballot is Oct. 27. (Alex Fischer/The Vista)

Congresswoman Kendra Horn made an appearance at the University of Central Oklahoma in the Nigh University Center on Friday to meet with students ahead of the general election.

Horn, the Democratic incumbent, spoke to students about her position on issues such as bipartisanship, healthcare, public education, and voter engagement. During the meeting, students had the opportunity to ask the congresswoman questions before casting their votes on Nov. 3.

Oklahoma’s 5th District includes most of Oklahoma County and all of Pottawattamie and Seminole counties. Oklahoma City, Edmond, Shawnee, and Seminole are some of the major cities located in this district.

The 5th district had been Republican-led since 1975, however that changed when Horn defeated Republican incumbent Rep. Steve Russell in 2018.

Horn has a reputation for being fairly moderate in her political views, occasionally siding with the opposite party depending on the issue.

“I think we have to get out of this idea that it’s us versus them,” said Horn. “That’s one of the most harmful things that we have happening in our community and in our country right now.”

The candidate also spoke to students about the Coronavirus College Access and Emergency Relief Act, a bipartisan bill that she introduced earlier this month. The bill would provide $450 million for Federal TRIO programs to support low-income and first-generation students during the pandemic.

Horn said UCO is one of the few schools in the state that offers TRIO programs that provide this type of support for vulnerable students.

“The reason that we introduced that bill especially during the pandemic is that the challenges are different and greater,” Horn said. “We need to make sure that schools have the resources to help support students.”

On Wednesday, Horn and Bice took part in the second debate of the race on News 9. The two candidates debated on issues such as the pandemic response, healthcare, the economy, police reform, and more.

The last debate of the congressional race between the two candidates will be hosted by Fox 25 at 5-6 p.m. on Tuesday.

The deadline to request an absentee ballot in Oklahoma is Oct 27. Early in-person voting begins on Oct 29. Students can request a ballot online through the state’s online voter portal.