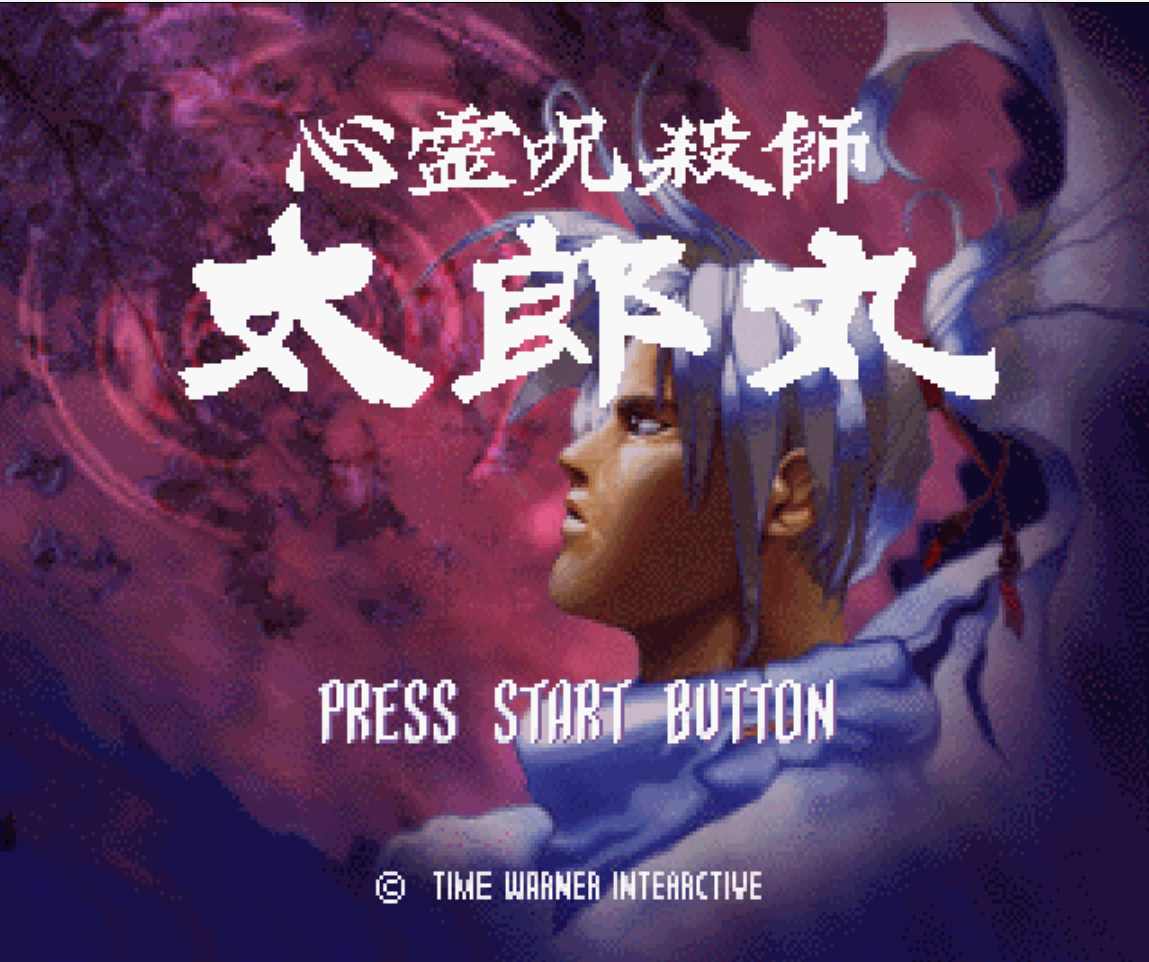 1994 was a red-letter year for video games. Many classic titles, such as
Donkey Kong Country, Final Fantasy VI, Darkstalkers and the King of Fighters saw their debut.

It also ushered in the fifth generation of consoles, bringing consumers 32-bit systems like the Sega Saturn and Sony’s first console, the Playstation. Sega, in an attempt to beat out Sony, hastily cobbled together the Saturn.

However, coupled with numerous PR disasters, the Saturn is considered a commercial failure. But there are those passionate gamers who note the amount of hidden gems for the system. One such title is Time Warner Interactive’s Shinrei Jusatsushi Taromaru.

Shinrei Jusatsushi Taromaru, roughly translated to Psychic Assassin Taromaru is a 2D action game released January 17, 1997. Players control bounty hunters Taroamaru and Enkai as they blast their way through feudal Japan in an attempt to save a stolen shrine maiden. All set to a gloriously atmospheric soundtrack featuring the traditional Japanese shamisen and shakuhachi.

Players can slide, shoot, use a shield, and charge their psychic meter to unleash a powerful burst of energy that tracks and attacks all enemies on the screen. Enemies such as skeletons, possessed shrine maidens, evil priests, and centipedes are all common enemies the player will encounter.

Taromaru’s main draw is the targeting reticle, which always stands in front of the player character, and automatically locks on to the enemies. This gives the game a fresh and different take on the tried and true side scroller genre, yet still makes it familiar to those well-versed in them. Taromaru also places a huge emphasis on boss battles over conventional level progression.

The bosses range from corrupted priests, giant frogs, giant skeletons, and giant snakes, and bizarre rock entities with a heart center that defy definition. While the bosses are numerous, the game knows not to overdo it, and paces you at a fair rate to allow you stop and take in the beautiful art direction. The boss fights are also challenging in that you aren’t always just blasting away, sometimes you have to strategize.

Give Me Your Treasure, Baby

Taromaru may appear to be a typical side scroller with a unique gimmick, but what makes the game a true gem is how the game flow works. The game is played in one whole continuous take, and the players are constantly going through Japan without a single break. It keeps you on your toes and entices you enough to keep playing because you’re just curious enough to see how it will all end. There aren’t many games with a continuous pace like this, especially side scrollers, so kudos to the developers.

Certain comparisons for Taromaru have been likened to the Shinobi series and the game Mystic Defender.  Taromaru for me however mostly feels like a Treasure game. It’s weird enough and yet it’s also endearing and entertaining to watch and play. The similarities between Treasure titles and Taromaru aren’t too out there either.

Former Treasure graphic designer Hiroshi Iuchi did a majority of the game’s background graphics as well. While the other staff involved in Taromaru mostly worked exclusively for Time Warner Interactive, it’s possible that Iuchi’s influences from working at Treasure leaked into the title, such as the numerous boss battles and unique gameplay mechanic.

To all of you reading this, this is likely the first time you’ve heard of Taromaru, and you might be asking, why have I never heard of this game before? There’s a few major reasons for why it’s obscure. Firstly, the game was only released in Japan, limiting those who might have been interested out of luck without a region switcher. Second, Taromaru had an incredibly low print run, which makes copies of the go as low as $800. Third, Taromaru has never seen a rerelease, as nobody knows who owns the rights to the game, and likely might not ever happen. As it stands, the only ways to play Taromaru are by shelling out the money for a physical copy or via emulation.

Shinrei Jusatsushi Taromaru is a different breed of 2D side scroller, and a perfect example of what the Sega Saturn was capable of. It’s a fresh breath of air that hasn’t been attempted since then, and it’s a travesty it has yet to get a rerelease. I recommend checking out Taromaru if you’re in the mood for a completely different experience form the conventional 2D side scroller. But, unless you have the money, stick to emulation.

8.0
OVERALL SCORE
Great: 8
Have no any user vote
Though Taromaru is a visual treat, the difficulty and esoteric gameplay might turn off those unfamiliar with difficult titles. The homing reticle is also a bit finicky to master, and might cause issues on the first playthrough. However, the game more than makes up for it in the spectacle alone, and is worth venturing through just to see where you'll end up next.
Share This