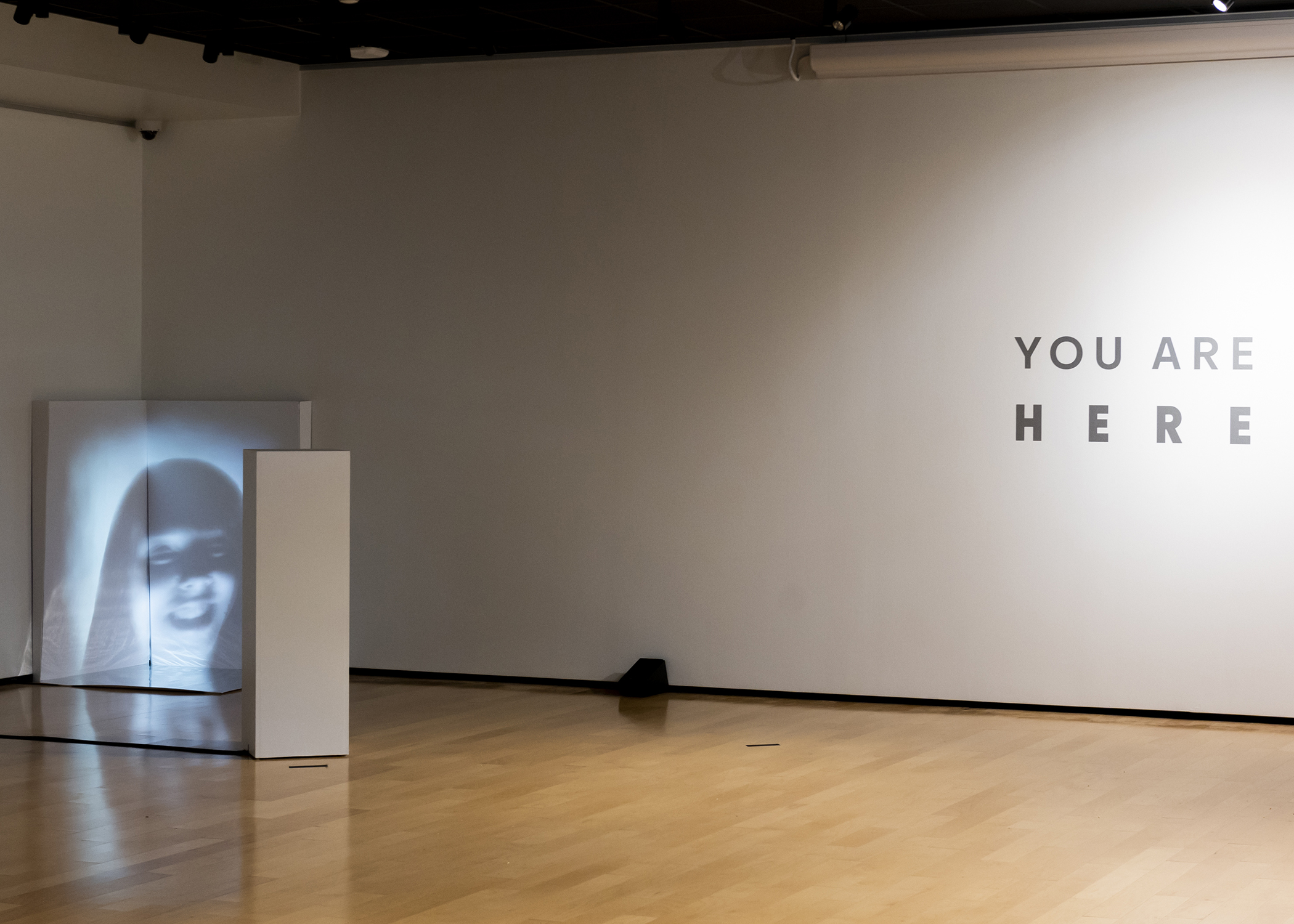 “You Are Here” closed

As the immersive installations of “You Are Here” closed at UCO’s Melton Gallery Thursday, those involved in creating the displays explained how collaboration works in a socially distanced digital world.

The reception included a panel discussion from the people who created both works in the gallery. The panel was broadcast on Instagram due to COVID-19 social distancing restrictions only allowing 15 audience members.

One of the two installations was titled “Identity” by Kato Buss, an associate professor and chairperson of the Department of Theatre Arts at UCO, and Matt Fowler, house manager of Mitchell Hall Theatre at UCO. Fowler was not at the reception.

“Identity,” a nonnarrative film explores how identity and perception are shaped through the medium of light. It featured black and white video projected against a wall, and into an opposite corner of the gallery space. The audio for this piece was available through headsets.

“One of the inspirations was about digital identity and what that means, so I grabbed, recruited five freshmen who haden’t been on stage yet,” Buss said. “I copy and pasted a bunch of the most convoluted, scientific theory of relativity type, nature of life and space verbiage I could find — it made no sense. … But they did address the nature of our digital reality.”

He then gave the students the dialog and had them memorize it as themselves.

The other installation was titled “Cube of Light” by Patrick Conlon assistant director of the Academy of Contemporary Music at UCO, and Christina Giacona a lecturer on Native American, world, and American popular musics and affiliate faculty for the film and media department at The University of Oklahoma.

“Cube of Light” featured nine movements paired with dance performance across 45 minutes of video, and accompanying audio played over the gallery’s speakers. Throughout the panel discussion Conlon and Giacona insisted that the work was collaborative and that they only spearheaded it.

The music was written by Conlon and Giacona who have been working together for 13 years. The music was then handed over for drum work to Dustin Ragland, lecturer at the Academy of Contemporary Music at UCO. The work was then passed on to one of several choreographers and eventually it would be filmed

“When you have an artistic partner that, for one thing knows your own sensibilities, that brings as much of their own, but also you can also get over the writer’s block,” Conlon said. “You learn to fill the spaces for the entire thing with what you are good at.”

“Christina has a really good producer mindset. She can see what things can become.”

According to Conlon the last segment was added two weeks ago and the film will be touring the film festivals before an expected release sometime in 2021.