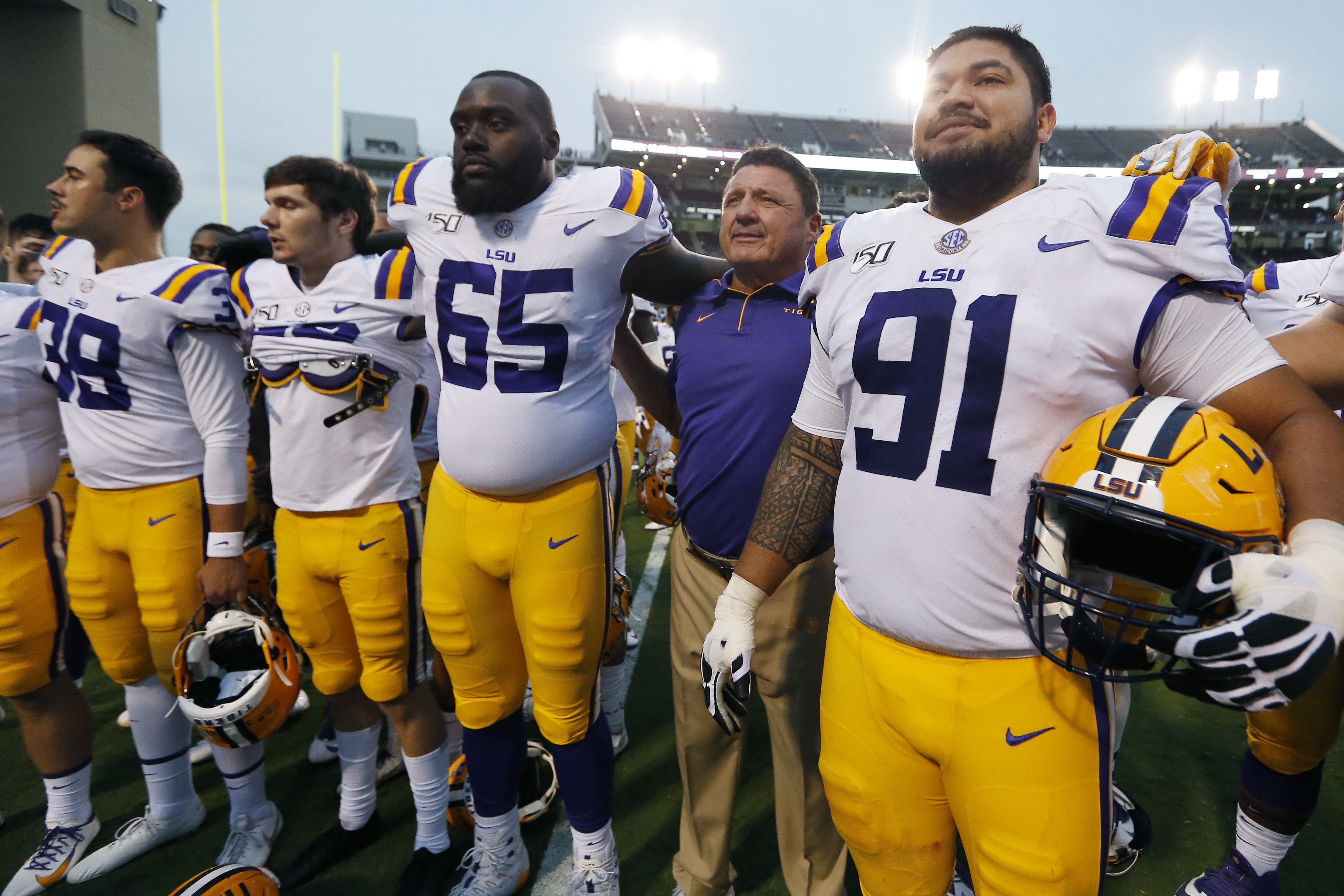 Who Should Be the Top 4 Teams?

Midway through the college football season, several teams have achieved well above where they were expected to, and some, far below. Here’s the 2019-20 season re-rank, according to me.

LSU has looked like the best team in the country at times, but so have lots of teams. The difference between them and the others is that they have the resume to prove it. The Tigers have Top 10 wins over No. 9 University of Texas and No. 7 University of Florida. Their defense isn’t as good as years past, but is made up for with a legit top offense in the country. Joe Burrow is a legitimate Heisman contender, and possibly the front-runner. No matter where they rank on this list now, in two weeks they have a matchup against the University of Alabama, and we’ll really see if they’re the best team in the country.

Again, regardless of how good Alabama and Clemson University have been in the past, they don’t have the current resume to prove anything. Justin Fields and the Buckeyes have outscored their opponents 348 to 56. They very well may have the best combination of offense and defense in the country, and they have several quality wins and have passed the eye test so far to be the No. 2 team in the nation.

No. 3 – University of Alabama.

It looks as if the Crimson Tide’s defense has taken a slight dip. They could be just as good as last year, but they’ve yet to prove it. Their matchup with LSU in a couple weeks will tell us all we need to know. With head coach Nick Saban, Tua Tagovailoa and the talent pool they currently have, it’s hard to count them out of anything, but Alabama hasn’t shown me anything this year outside of blowout wins over bad teams.

The only reason Clemson is in the top four is the simple fact that they won last year’s title. There’s several teams that could fill this spot, University of Oklahoma being the first out, but Clemson simply has too much talent to boot out without a loss. They’ve shown they can compete with the top teams in the country in the past, and this year should be no different. However, the Tigers have looked less than impressive so far, almost suffering a loss to unranked University of North Carolina. Trevor Lawrence, the Heisman favorite coming into the year, has been a complete mess so far, and their defense has yet to recover after sending multiple players to the draft. Clemson has the coaching and talent to beat top teams, but as of now, I won’t believe it until I see it.