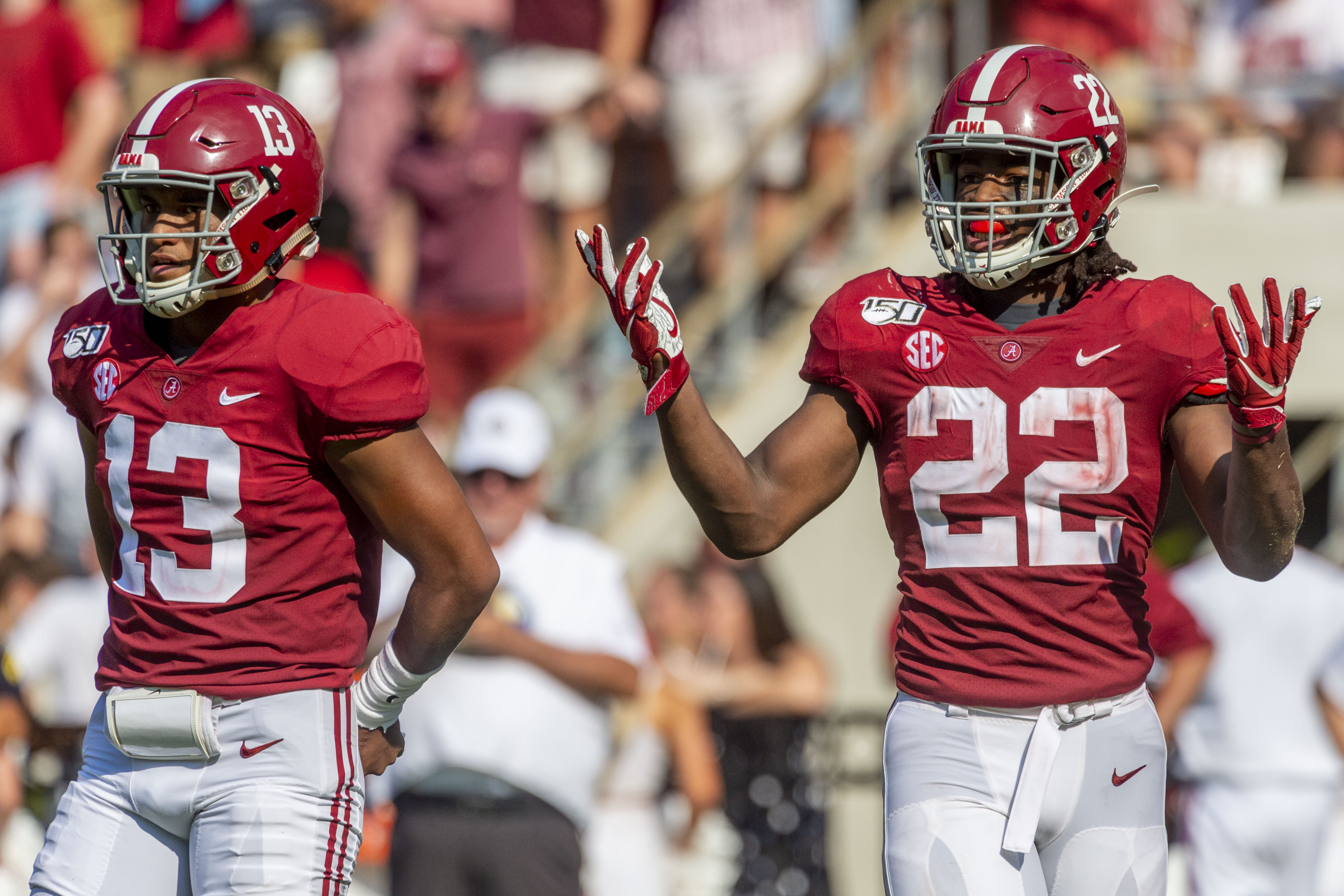 Who could the Core Four be for College Football?

With college football set to hit conference play, everyone is vying for a ticket to the College Football Playoff. Only four teams can make it and there’s still several teams in the running. Here are the four teams most likely to make the cut.

No. 1 Clemson: To everyone’s surprise, the Clemson University Tigers routed the University of Alabama in the 2019 national championship, winning 44-16 in one of the worst statistical losses of Nick Saban’s career. It wasn’t out of the question that Clemson could win, but it was apparent all year that the talent gap wasn’t leaning far either way.

This year, Clemson and Alabama are in the same boat yet again, standing at No. 1 and 2 respectively, with a clear separation from No. 3, but not each other.

Trevor Lawrence hasn’t quite had the start to the season everyone had hoped, but it’s clear the potential is there. Coming into the season with the best odds to win the Heisman Trophy can take its toll on a 19-year-old, and if he settles into a groove, the ACC, and everyone else, will be in trouble.

The biggest question coming into the year for the Tigers was their defensive line after they lost their entire unit to the pros. The defense itself has allowed just 10 points per game through three games against Georgia Tech, Texas A&M University and Syracuse University, and the Tigers’ ACC schedule will only continue to help them practice for the CFP.

No. 2 Alabama: Alabama is right on Clemson’s heels, just waiting for them to slip up so they can nab the No. 1 spot. After suffering the embarrassing loss to the Tigers earlier this year, Saban’s revenge tour has started off with three wins over Duke University, New Mexico State University, and University of South Carolina.

Despite a 47-23 finish, South Carolina played Alabama much closer than the Crimson Tide would have liked, showcasing a few issues Alabama will need to fix in order to endure their SEC schedule. If they cant fix several of these quickly, Louisiana State University and Joe Burrow could walk in to Tuscaloosa in November and leave with their first win since 2011.

No. 3 Louisiana State:  Louisiana State currently has one of the best resumes among the top teams with a 45 to 38 win over the University of Texas Longhorns. Offensive coordinator Steve Ensminger has completely revamped the LSU offense, going pass-heavy and turning last year’s starting quarterback Burrow into what looks like a Heisman candidate.

Through three games, Burrow has completed 83 percent of his passes, throwing for 1122 yards and 11 touchdowns to two interceptions. LSU hasn’t been able to get over the hump that is Alabama in eight years, but the newly designed offense could be what propels them over the Crimson Tide for the first time in a long time.

No. 4 Oklahoma: The University of Oklahoma hasn’t skipped a beat. After finishing with two Heisman quarterbacks and two first-overall picks the last two seasons, surely this was the year the Sooners offensive production would dip. Wrong.

Lincoln Riley has firmly planted himself among the best coaches in all of college football, and even more so as the best offensive mind in football. Oklahoma’s transfer quarterback from Alabama has put up numbers that have got to be surprising even himself, no matter how stoic he seems about it.

Through three games, Jalen Hurts has 13 touchdowns and 12 incompletions. He’s throwing 80 percent completion percentage, with 880 passing yards and a 9-0 touchdown to interception rate. Needless to say, he’s been close to perfect in their three wins over the University of Houston, University of South Dakota, and University of California, Los Angeles. To go along with already impressive passing stats, he’s rushed for 373 yards and four touchdowns, and is well on his way to a 1,000 yard season, an impressive stat even for running backs.

If new defensive coordinator Alex Grinch can fix Oklahoma’s defensive struggles, which is looking more likely by each game, the Sooners will find themselves in the CFP yet again and might even come away with a win this time.

Clemson, Louisiana State, Oklahoma, and Alabama. The only way I see these four teams all making it is if LSU can top the Crimson Tide in their first meeting and the committee rewards Alabama’s past with a ticket to the playoffs. Crazier things have happened; it’s college football.