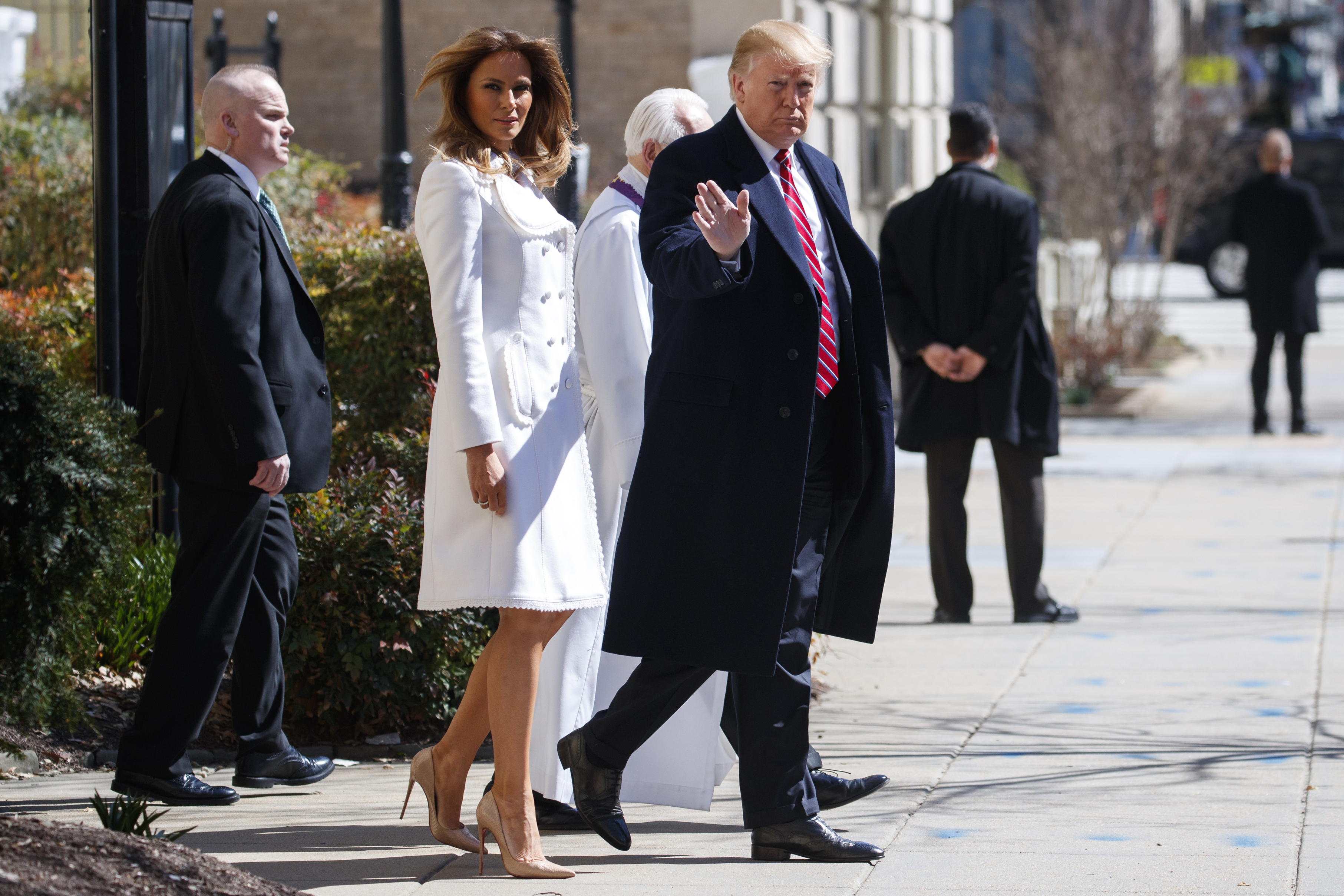 WASHINGTON (AP) — A top White House official said Sunday that President Donald Trump “is not a white supremacist” and attempts to tie him to the alleged New Zealand mosque shooter are “absurd.”

Mick Mulvaney, the acting chief of staff, described the New Zealand shooter as a “disturbed individual” and “evil person” and said it was unfair to cast the 28-year-old Australian “as a supporter of Donald Trump any more than it is to look at his, sort of his eco-terrorist passages in that manifesto and align him with Nancy Pelosi or Ms. Ocasio-Cortez.”

Pelosi, a California Democrat, is the House speaker. Rep. Alexandria Ocasio-Cortez, D-N.Y., is a freshman and major proponent of a plan, named the Green New Deal, for tackling climate change.

“This was a disturbed individual, an evil person, and to try and tie him to an American politician from either party probably ignores some of the deeper, difficulties that this sort of activity exposes,” Mulvaney said.

Still, Mulvaney’s defense of Trump failed to quiet calls, chiefly from Democrats, for the president to issue a forceful denunciation of white nationalism. They argue that Trump’s rhetoric, including harsh comments about immigrants and Muslims, encourages individuals like the New Zealand shooter.

Brenton Harrison Tarrant, the man accused of the deadly shootings at mosques in Christchurch, New Zealand, left behind a lengthy document that proudly stated he was a white nationalist who hates immigrants and was set off by attacks in Europe that were perpetrated by Muslims.

“Were/are you a supporter of Donald Trump?” was one of the questions he posed to himself in the document. His answer: “As a symbol of renewed white identity and common purpose? Sure. As a policy maker and leader? Dear god no.”

The attacks left 50 people dead, and 34 others wounded, a dozen of them critically.

Mulvaney said Trump is a defender of religious minorities worldwide and that his actions speak louder than his words.

“Look at what we’ve done while we’ve been here,” he said. “I don’t think anybody could say that the president is anti-Muslim.”

Before Mulvaney appeared on the Sunday talk shows, Trump tweeted in defense of Fox News weekend host Jeanine Pirro, whose program did not air in its regular Saturday time slot. Fox offered no explanation, but Pirro’s absence from the lineup followed anti-Muslim comments she directed last week toward Rep. Ilhan Omar, D-Minn., one of three Muslims in Congress, who wears a head covering known as a hijab. Trump tweeted “Bring back @JudgeJeanine Pirro.”

Bring back @JudgeJeanine Pirro. The Radical Left Democrats, working closely with their beloved partner, the Fake News Media, is using every trick in the book to SILENCE a majority of our Country. They have all out campaigns against @FoxNews hosts who are doing too well. Fox …..

Mulvaney also addressed a threat by North Korea to reconsider its halt to nuclear and ballistic missile tests, saying such a move would be a “truly disappointing turn of events.” The threat followed the collapse of nuclear disarmament talks last month between Trump and North Korea’s Kim Jong Un.

The chief of staff also expressed confidence that Trump’s veto of a measure blocking his declaration of a national emergency at the U.S.-Mexico border — in order to build a border wall — will be upheld when the House votes later this month to override the president.

“It doesn’t have a chance,” Mulvaney said of the vote set for March 26.

He went on to characterize the movement as made up of a “small group of people that have very, very serious problems” and said “I guess, if you look at what happened in New Zealand, perhaps that’s a case. I don’t know enough about it yet.”

Sen. Tim Kaine, D-Va., disagreed, saying white nationalism is on the rise “and the president should call it out, but sadly he’s not doing that.”

As a candidate, Trump proposed banning all Muslims from entering the United States. As president, he drew criticism for attempting to institute the travel ban and for being slow to condemn white supremacy and related violence. After a violent 2017 clash between white nationalists and anti-racist protesters in Charlottesville, Virginia, that left one demonstrator dead, Trump said there were “very fine people on both sides” of the confrontation.

Trump also did not immediately reject support from David Duke, a former KKK Grand Wizard, during his presidential campaign.

Rep. Rashida Tlaib, D-Mich., who is also Muslim, said Trump should call the Justice Department for data on the rise of white supremacy in the U.S. She urged Trump to use his bully pulpit to denounce the movement.

“He, from the Oval Office, from that power position, can be able to send a signal very loud and clear,” she said.

Mulvaney appeared on “Fox News Sunday” and CBS’ “Face the Nation.” Kaine and Tlaib spoke on CNN’s “State of the Union.”