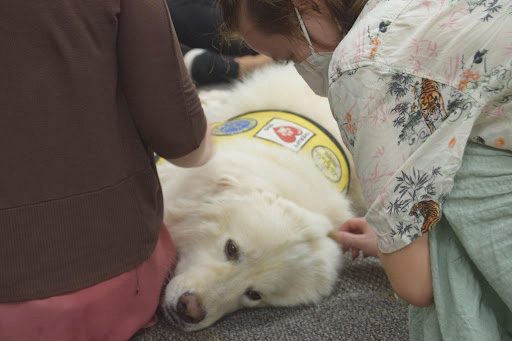 Earlier this semester, UCO ran a Facebook advertisement that included a picture of a dog with a click-to-interact phrase and a link to re-enrollment. Investigating the ad, The Vista spoke to Adrienne Nobles, vice president for communications and public affairs at UCO about marketing strategies employed by the university.

These target audiences are diverse, including “anywhere from a sophomore, junior, senior in high school” to “adult learners, people who are looking to complete a degree, then you have prospective graduate students who might be looking to pursue a master’s degree,” Nobles said.

After the target audience for an advertisement is identified, choosing the message for the ad is next.

“Something that is going to resonate with a sophomore in high school will be different than something that’s going to resonate with a senior in high school. And likewise, with somebody who’s a working adult looking to complete a bachelor’s or a working adult who wants to pursue a master’s degree,” so each message is tailored to the target audience, Nobles said.

“That was a re-enrollment campaign,” Nobles said of the dog ad. “And what we were targeting, they were our current students who had not yet re-enrolled for Sspring 2022. And the message of that ad was off the social media trend, like, you know, can I pet this dog? OK. And, you know, it asked the question, you know, can you pet this dog? Yes. Re-enroll. And it just had a photo of one of our Broncho Barkers.”

The Broncho Barkers are a team of dogs who are part of a program run by the Center for Counseling and Well-Being on campus.

Nobles also explained that Facebook ads are sometimes targeted to a hyper-specific audience, like a list of names for students who have yet to re-enroll. Nobles emphasized the importance of staying current with trends, especially with formats like social media.

“Sometimes building on trends that are happening on social media, something that people are familiar with, and adding in just a little bit of humor and some unexpectedness gets great, great engagement,” Nobles said. “And I will tell you that that ad got awesome engagement. as random as it may have seemed, it was something that caught their attention, and made them pause. And even if they just wonder like, ‘Oh, I wonder why do you have an ad that’s, you know, a photo of a dog and is asking me to re-enroll’ if it even just makes them think for a second, ‘Oh, yeah, I do need to enroll for my classes, I’ve been putting that off,’ then we’ve accomplished our goal.”