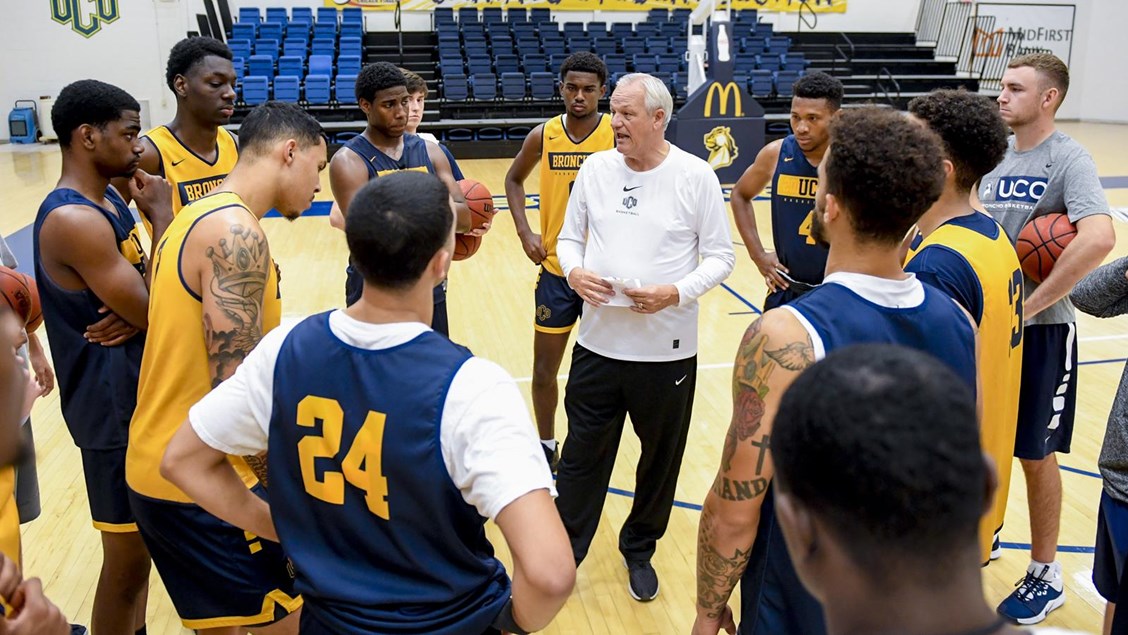 Young, athletic and playing with something to prove — is it the Oklahoma City Thunder, or the University of Central Oklahoma Bronchos?

Oddly enough, there are a ton of parallels between this year’s Thunder and Bronchos men’s basketball squads. The Thunder are essentially starting from scratch, after trading away their cornerstone Russell Westbrook, and they’re going to be relying heavily on their mix of extremely young and veteran players. Shai Gilgeous-Alexander and Hamidou Diallo are both in just their second season, and Darius Bazely, their rookie, seems to be trending toward more playing time with each game.

The Bronchos have an odd mix of young and old talent as well. Exactly half of their 14-man roster are freshmen, three of them being true freshmen. Two are sophomores, and the rest are split between seniors and juniors.

With that much youth, it’s no secret UCO head coach Bob Hoffman will need to rely on his young players.

Much like the Thunder, the Bronchos veteran players are still newcomers to the team. Seniors Isaiah Wade and Dashawn McDowell have transferred in, and could be in extremely similar situations to Chris Paul and Danilo Gallinari in terms of giving guidance to the young players.

The only difference is UCO can’t just trade their players away mid-season.

Truthfully, the biggest similarity is that both teams will have their hands full in their respective conferences this year.

In the NBA, the Western Conference is as loaded as it’s ever been. The Los Angeles Lakers, Los Angeles Clippers, Denver Nuggets, Utah Jazz, Houston Rockets and many more, all have legitimate shots to win the West, much less finish in the Top 8. Without much experience, the Thunder have a tall task ahead to make the playoffs.

On the other side, while the Bronchos won’t be playing LeBron James and Kawhi Leonard, their conference will be one of the toughest in all of Division II basketball. Last season, Central finished 7-2 in non-conference play, before going 4-15 throughout their grueling Mid-America Intercollegiate Athletics Association schedule.

This season, with their young roster and new head coach, the MIAA looks even more daunting.

For starters, they have the defending champion Northwest Missouri State University Bearcats in their conference, who lost virtually no one and are again ranked preseason No. 1. They also face off against Missouri Southern State University, ranked preseason No. 6, as well as a plethora of tough rivalry matchups. The Bronchos are going to have to prove themselves to everyone, much like their professional counterparts.

The Thunder have begun their 82-game schedule. While they’re off to a 2-4 start, they’ve shown tremendous promise for the future.

UCO begins their schedule on Nov. 8 with a game against the University of Mary at Northwestern Oklahoma State University in Alva, Oklahoma at 2:30 p.m.