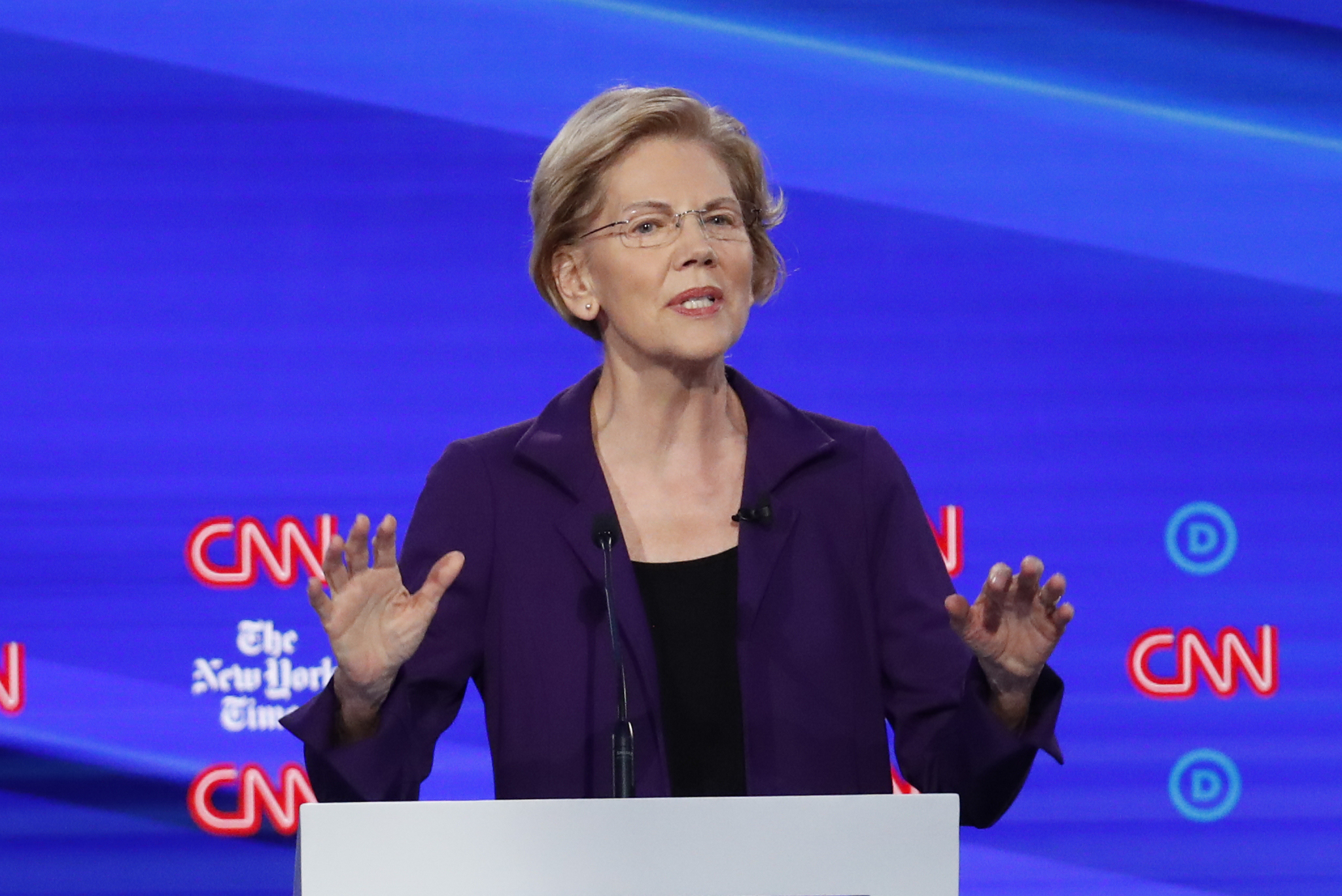 The 12 Democratic presidential hopefuls met in the swing state of Ohio, on the campus of Otterbein University in Westerville, for the fourth Democratic primary debate.

This debate was the first in this presidential cycle to exceed 10 candidates on the same stage.

In previous debates, Sen. Elizabeth Warren (D-MA) had largely avoided being the lightning rod as everyone was focused on coming at former Vice President Joe Biden. Now that she has front-runner status, she seemed to be taken off guard as the front shifted in her direction and struggled with the early turbulence.

She continued to dodge a straightforward question on whether taxes would go up for the middle class under her Medicare-for-all plan, and this led to Sen. Bernie Sanders (D-VT) stepping in to answer and steal her thunder on that question. She recovered well as the debate went on, but she probably lost some progressive support back to Sanders.

“Costs will go up for wealthy, they’re going to go up for big corporations,” Warren said. “They will not go up for middle class families, and I will not sign a bill into law that raises their costs.”

South Bend, Indiana Mayor Pete Buttigieg took the opportunity to press Warren on the matter, mentioning that she was asked a yes or no question and gave a dodgy, non-forthright answer.

Sen. Amy Klobuchar (D-MN) took her shot at the frontrunner, which has been par for the course for her the last two debates. Her punchline seemed scripted, but it was her best soundbite yet.

“At least Bernie [Sanders] is being honest here, and saying how he’s going to pay for this and that taxes are going to go up,” Klobuchar said. “I’m sorry, Elizabeth, but you have not said that and I think we owe the American people to tell them where we will send the invoice.”

In retrospect, Warren’s decision to talk about the cost of the plan exclusively is a wise one, as admitting any tax increase is most certainly going to be used against her, regardless of how strong her ‘yes, but..’ is.

There’s no good way to play this attack but Warren is playing it about as good as one can. Many presidential candidates have lost by simply giving their opponent that sound bite — she’s smarter than that.

Warren may have taken a soft ‘L’ during the fourth debate, but she has proved that despite seeming shaky on the defensive, she can withstand a storm as the frontrunner — something the previous frontrunner found problematic.

She got the most speaking time in the debate at 22 minutes and 48 seconds, which is six minutes longer than Joe Biden, who had the second most time. It’s important to mention that much of that was response time allocation after being called out specifically.

CNN punditry caters to moderate sensibilities. This isn’t necessarily a good or bad thing, though.

When you hear Van Jones ask Warren about the politics and perception of Medicare for All, he’s not being critical or skeptical of it. He’s auguring questions that all the major networks will ask of the eventual Democratic nominee.

Consistency is a necessity here for Warren. She doesn’t need to score drama or zinger points at this stage.

This far into the cycle, Warren is one of the few safe bets from a debate perspective to put on stage with Trump. Her lead in the polls should widen over the coming days as we get closer to the fifth debate in November, which will require 3 percent approval in the polls, up from the 2 percent required for the third and fourth debates.