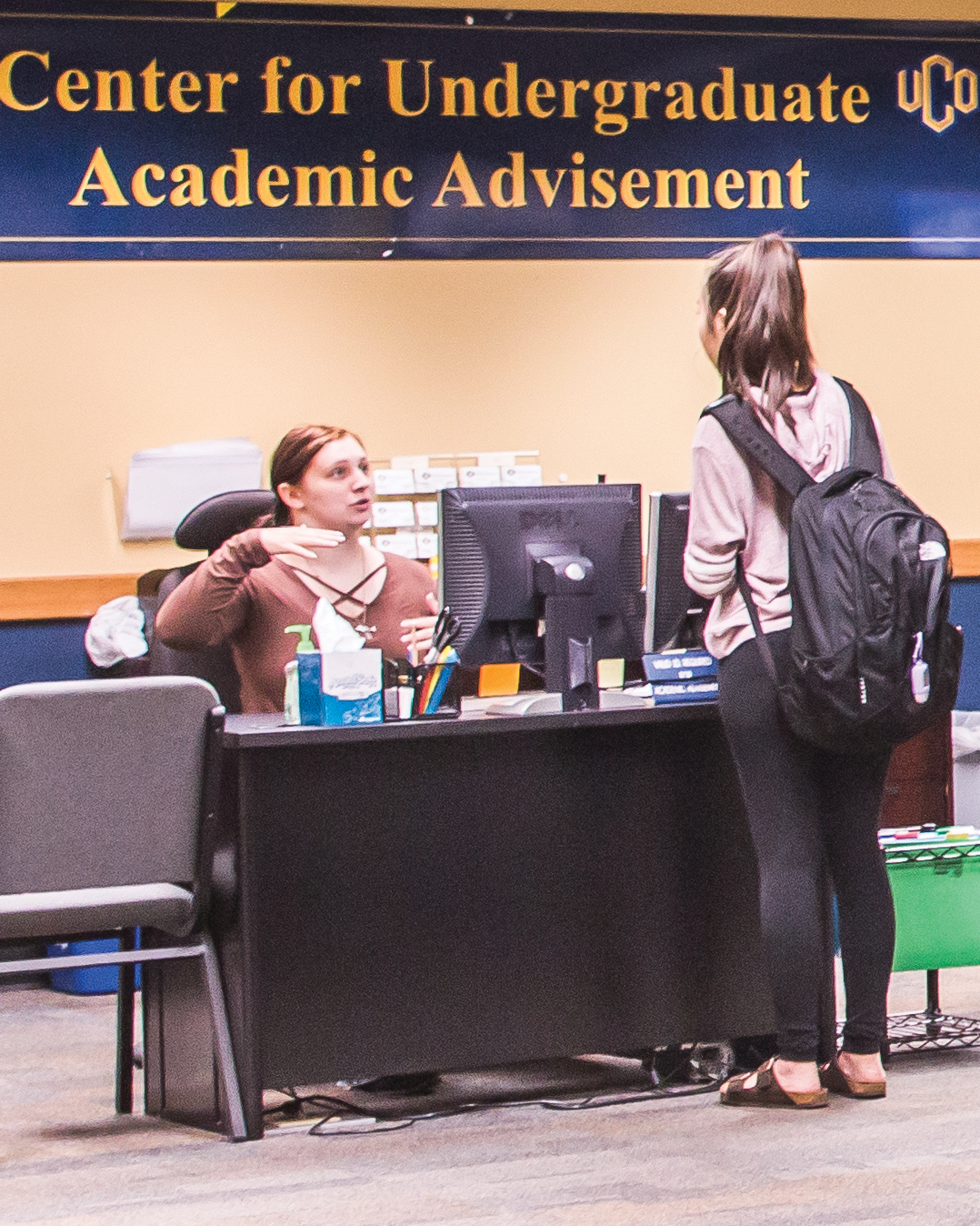 A worker assists a student at the university’s current One Stop in the Nigh University Center. (Regan Rosson/The Vista)

A new voluntary separation initiative is being implemented by the University of Central Oklahoma to address an expected budgetary shortfall for the 2019-2020 academic year.

Announced last week, the initiative would provide an incentive for eligible employees to retire or otherwise voluntarily separate from the university while receiving a lump sum equal to 50 percent of that employee’s salary upon leaving.

After a decline of state funding and enrollment over the last five years, UCO’s President Don Betz said that the measure was implemented as a way for the university to better improve the management of their resources for the next fiscal year.

“The time has come for us to look even more intently at ways to reduce our expenses beyond operating budgets,” Betz said. “In an effort to generate savings for the next fiscal year and beyond, the university will be offering an incentive to eligible faculty to retire or otherwise voluntarily separate from the university.”

To be eligible, employees are required to be full-time faculty members who are in good standing and have either worked at the university for at least 20 consecutive years or are at least 62-years-old. Eligible employees were contacted via email and letter by Feb. 8 and will be contacted by the Human Resources Office over the phone no later than Feb. 15.

“We have worked diligently to save funds that made this incentive possible,” said Patti Neuhold, the university’s chief financial officer. “Our focus on protecting our classrooms during challenging financial times has been successful but we know that as our state’s investment in what we do remains static, the cost of business continues to rise placing increased pressure on our budget.”

While the university received approximately 60 percent of its budget from state funding more than 10 years ago, continued state budget shortfalls have reduced state support for UCO to around 20 percent. As the State Regents for Higher Education continue to have their budget reduced or maintained, UCO remains one of the least funded universities in the state.

A decline in credit hour production of 403,901 in FY2013 to a projected 358,000 in FY2020 has created an additional financial strain. Enrollment at UCO has declined by 8 percent over the last five years, a problem that Betz previously has said the university is looking to address through a strategic enrollment initiative as well as possibly expanding UCO’s demographic focus outside of traditional students.

The initiative is the latest measure being developed by the university’s budget office to address a variety of issues that Betz said are not only impacting UCO, but universities across the nation.

“Savings from salaries will be used to help offset the gap in our FY20 budget created by the decline in enrollment, ensure no gap in health insurance benefits between leaving the classroom and entering retirement and allows retiring faculty to return to the classroom in the fall as adjuncts if they choose,” Betz said.

Currently, Neuhold said there are 42 faculty members eligible for the separation initiative. With this measure in place, she said it had the potential to save the university $4.2 million over the next five years.

“This year’s budget was developed last spring with a decline in enrollment in mind, while this incentive is planning for the future,” Neuhold said. “This incentive is a positive way to simultaneously reward the dedication of our faculty and effectively manage our resources.”