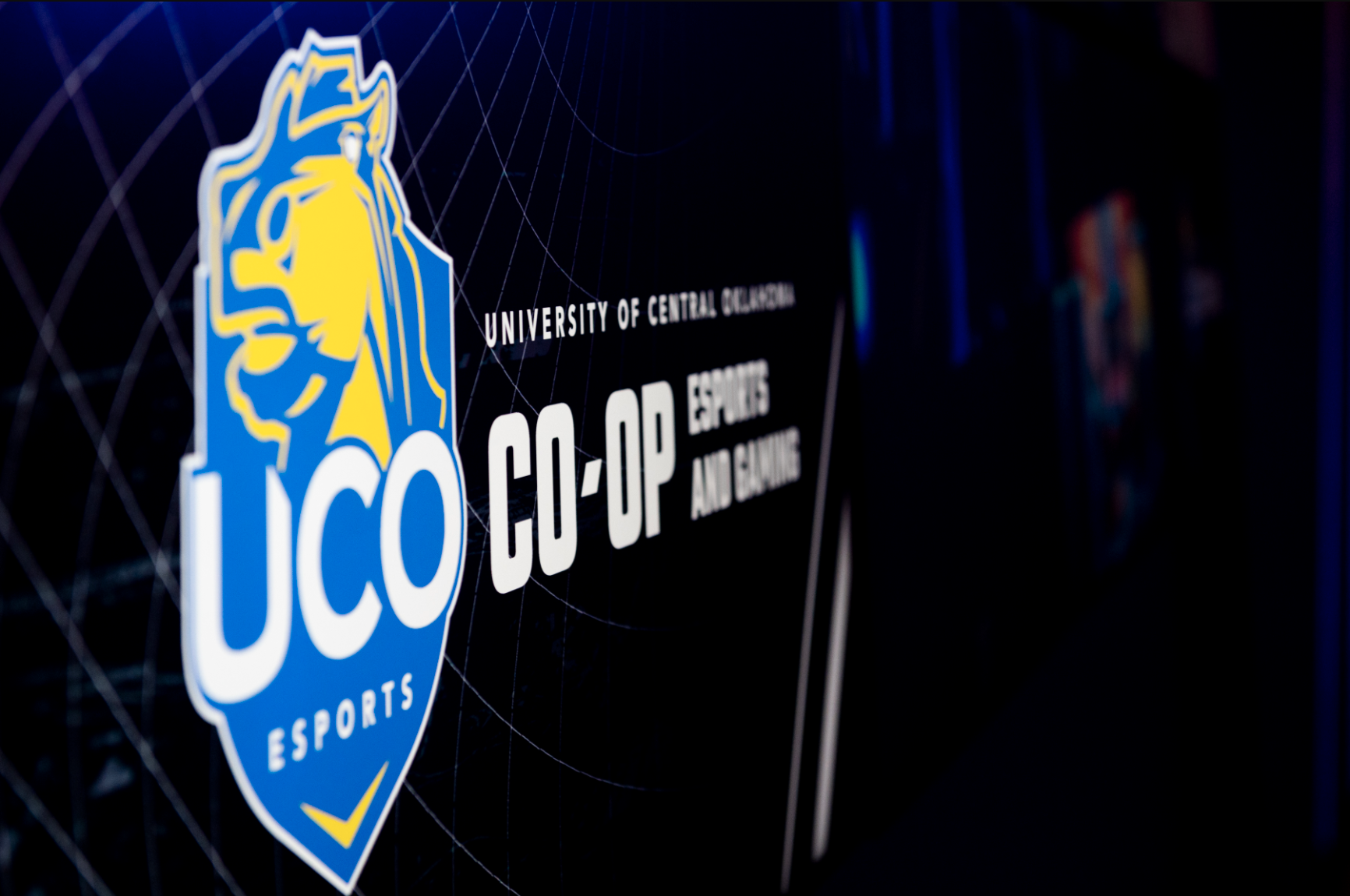 The CO-OP will serve as home for the university’s esports teams and allow Central to host local, regional and national competitions. (Provided by UCO CO-OP)

Esports minor could be coming to UCO

Students at the University of Central Oklahoma may soon have the opportunity to minor in Esports. There is a coordination between programs across campus, including Mass Communication.

David Hanan, UCO Adviser for the Esports student organization, is currently working on a minor for students who love gaming. Dr. Mary Carver, who is the dean of the Mass Communication department at UCO, spoke about the progress of the Esports minor.

“The minor is making progress,” Carver said. “It will be reviewed by the university curriculum committee in the coming months.”

This is also the first year for Matt Knutson to be a professor for the Esports classes. During his campus visit in February, Knutson instantly liked what he saw.

“I was impressed by the university’s commitment into Esports as a way to bring students into the university and to meet the needs of students already here who were invested in the organization,” Knutson said.

Knutson praises Hanan for his dedication to the Esports organization and community.

“I give credit to Dr. David Hanan for being a facilitator for the Esports organization and nurturing the program,” Knutson said.

Knutson also teaches both of the Esports classes that are currently offered at the university. Those classes are “Introduction to Esports” and “Esports and Media”.

Tyler Wallace, who is the president of the Esports student organization, is excited to see the progress academically.

“I don’t think you get to hear many student organizations be able to say we have a building on campus, two Esports classes made, a minor getting put together, and a major down the road,” Wallace said.

When the organization was started by two students, Wallace said he was known as “the guy who streams”. As a result, he was immediately offered a role as a stream captain but it did not stop there.

“Around a year later, we started telling people we were the second largest student organization on campus behind the student football organization,” Wallace said. “I ran for vice president and I got that. I started as the president this fall.”

Wallace had a vision for this organization and did not expect it to grow the way it did.

“Sometimes, people maybe don’t have the physical capabilities to play sports,” Wallace said. “Those people ended up going to gaming. It’s just really nice to show people that this is another place you can put your ambition towards.”

The Esports student organization has not finalized a date of the establishment of an Esports minor, but it is possible that it could be next year.

“We are still hopeful that it will be in next year’s catalog,” Carver said. “Some new courses that will be a part of the Esports minor include: Introduction to Esports, Esports and Media, Esports Shoutcasting, Esports Media Participation, and Esports Media Management.”