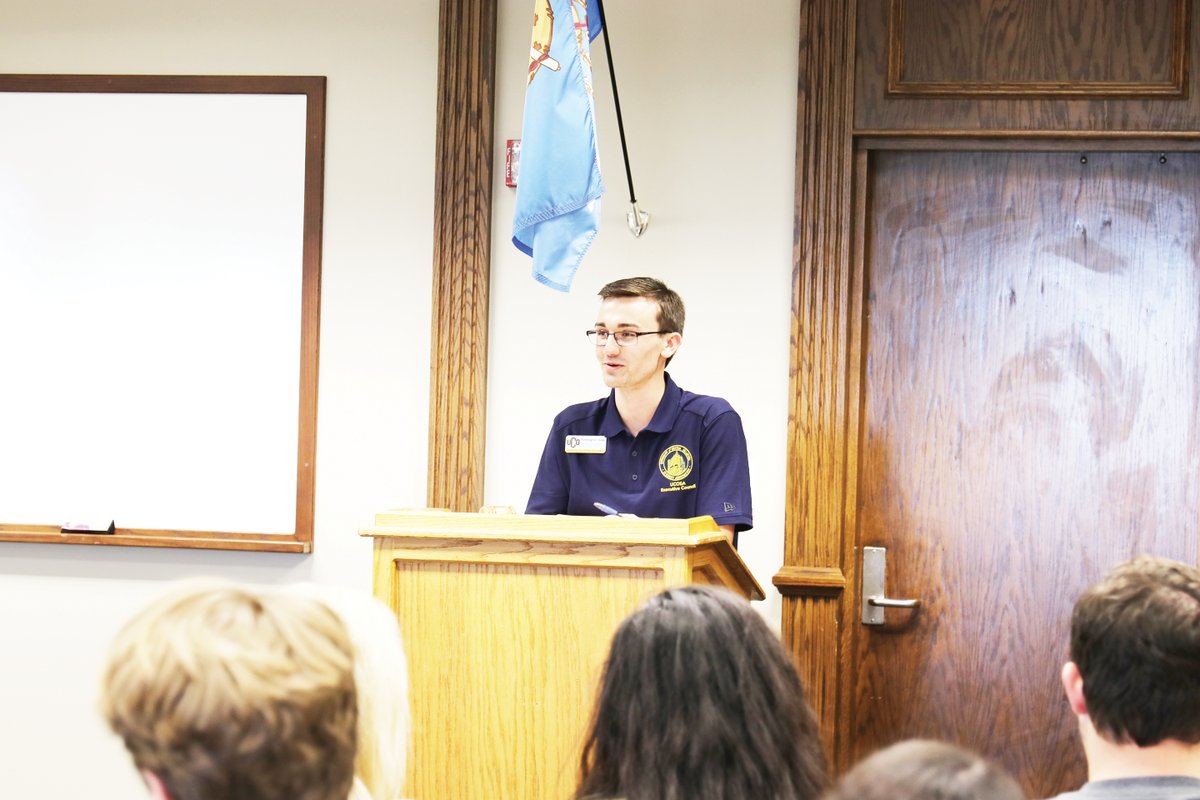 UCOSA President Remington Dean addresses a meeting last fall. Dean said the Uber program is unable to continue funding for the spring due to a budget shortfall. (Gerald Leong/The Vista)

The Uber program sponsored by the University of Central Oklahoma’s Student Association has been cut this semester, after using up the $50,000 budget in fall semester of 2018.

“Due to its growing popularity, the students used the year’s budget in one semester.” said Remington Dean, former UCOSA president.

The ending of the partnership has impacted international students who do not own a vehicle and used this program to get from place to place.

“I found out the program during my freshman year at International Students Orientation,” said Han Seth Lu, UCO international student from Myanmar. “I usually use it for important matters or to run errands.”

Han said he used the Uber rides to go get his State ID, social security number, attend conferences in Oklahoma City, get to his volunteer sites, and so many other reasons.

When the program was first offered in the summer of 2016, by former UCOSA president Austin Sheehy, the rides were only given 9 p.m. to 3 a.m. Thursday through Saturday.

“In the beginning the Uber partnership was seen as a safe ride program,” said Dean, “After Austin, President Duvall, saw an unmet need for many students that did not have the means of transportation.”

When the program began offering Uber 24/7 there were also new restrictions applied, with a free ride up to $15 and a max of 6 trips per student per semester.

“I know some of my international friends really depend on that and they use the program to go see doctor appointment or to to groceries stores to buy supplies they can’t buy in their neighborhood markets.” Han said.

“There is a possibility we will see a return of the program for the spring semester,” said Dean, “However, we would not be able to give as much money as the fall semester. Therefore, the program would either see a cut in the number of rides available, lower subsidization of the cost of the rides, or both.”