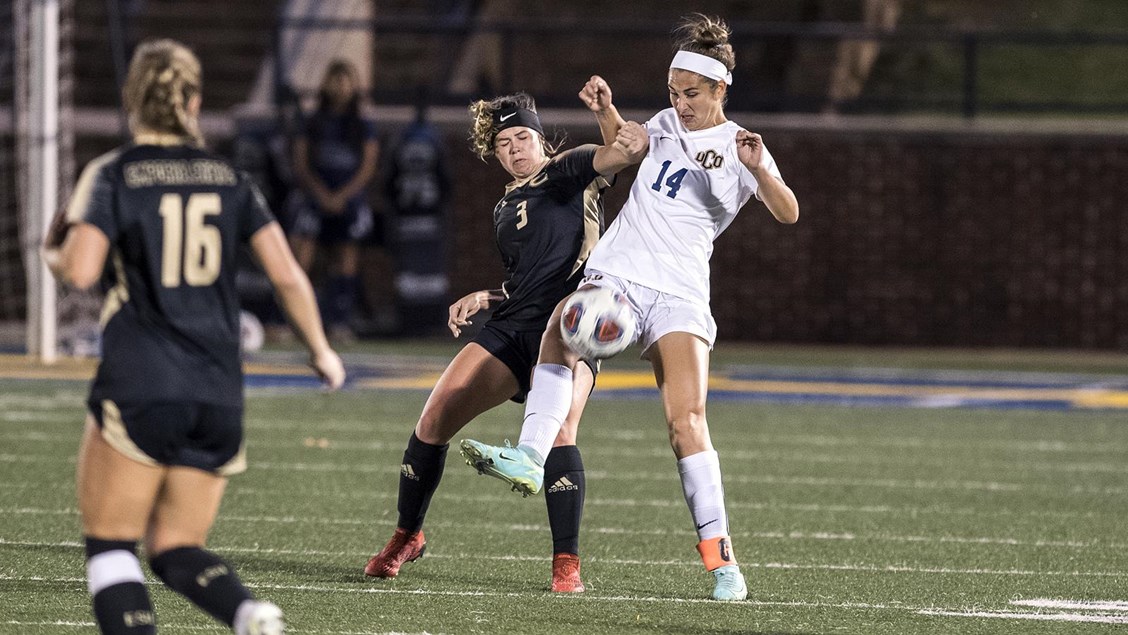 It is no secret the ladies of UCO soccer are a force to be reckoned with. Last season, the Bronchos finished with an impressive record of 13-5-3. The team also became quite decorated, with 3 players earning all region honors, including Taryn Kedzior and Monika McGee.

McGee, a sophomore center defensive mid and captain for the Bronchos, had a memorable season in the fall, beating her own scoring record and becoming the leading scorer for the team.

She said a major part of the team’s success was driven by the COVID-19 pandemic.

“I think what led to our success this year was partly the fact that we didn’t get a real season due to covid in the fall of 2021,” McGee said. “The motivation was hard to have during that ,so I think we all had this built up excitement to go out there and play for something real again.”

Last season, the team made it to the NCAA Division II Central Regional tournament, hosted at Emporia State. Sadly, the Bronchos fell short during their first game losing a shootout 5-3 against Bemidji State.

However, the Lady Bronchos are using the loss to fuel their fire for this upcoming postseason.

“I think the loss against Bemidji really showed a lot of areas in which we can improve and work on. Those things will definitely be worked on during this spring; to be prepared to play some great programs here in these next few weeks,” McGee said.

The team plans on using this spring season to develop the younger players due to the loss of seniors from the fall, as well as pushing each other to get more reps and trying to better as a team, day in and day out. The team is currently practicing twice a week and is keeping a determined and competitive mindset.

With all the success the Lady Bronchos had in the fall, there is some pressure to come back stronger than before.

“It is stressful at times and our anxieties are always through the roof, but that’s what it takes sometimes. The competition is always good, it all comes down to heart and effort,” McGee said.

The Bronchos are hoping to start the post season off with some fire as they take on The University of Oklahoma in Norman at 7 p.m. Feb. 25.