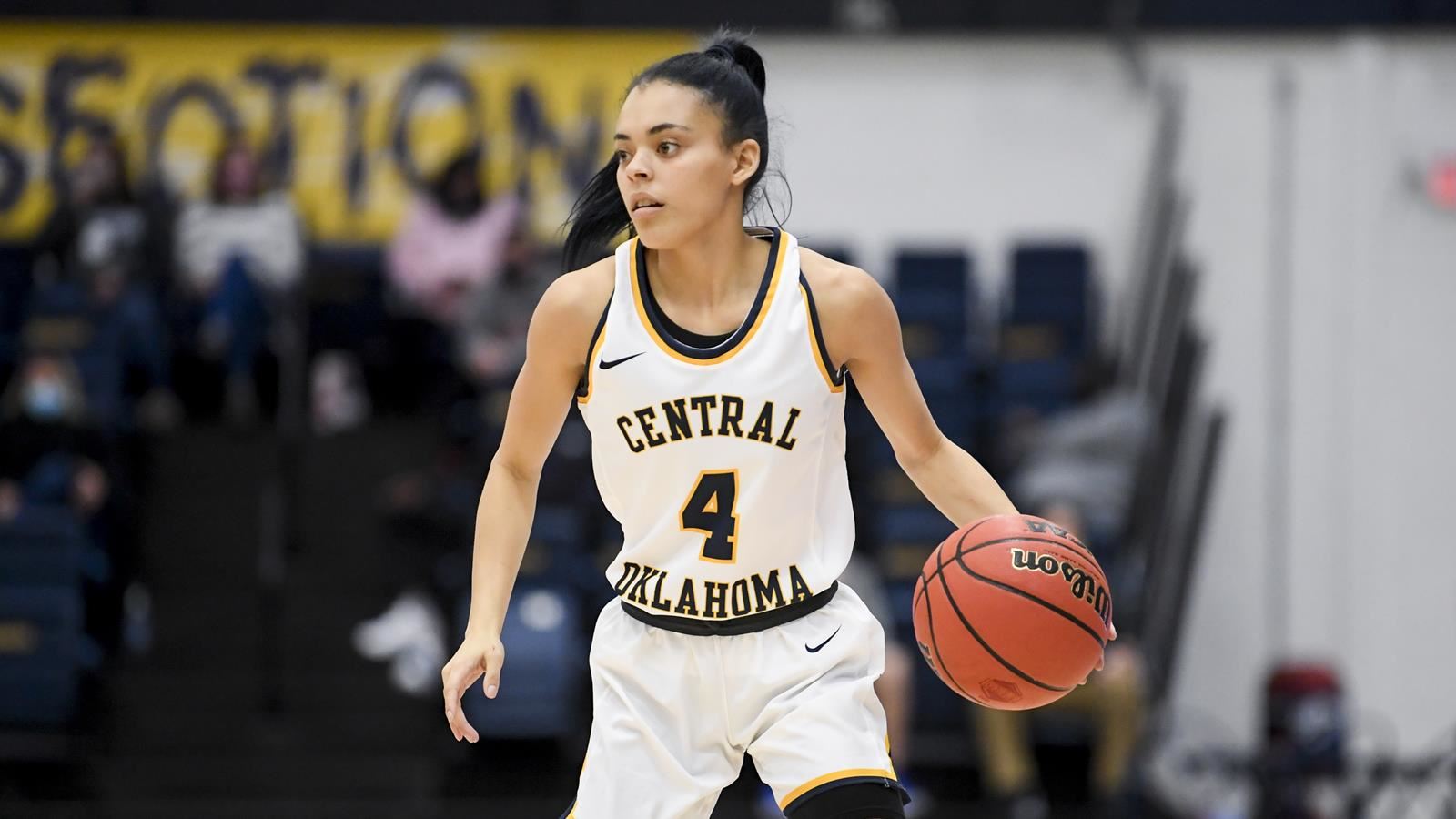 The University of Central Oklahoma women’s basketball beat the Missouri Western Griffons Wednesday night 83-75. It was the fifth consecutive win for the Bronchos.

The Bronchos had four players score in double figures. Brooke Rayner and Taylor Dement led the Bronchos in scoring with 16 points each. Kelsey Johnson and Caley Young both scored 14 points.

Central never trailed during the game, and they led by as many as 18 points.

“We shot the ball really well tonight and we played defense really well too,” UCO head coach Guy Hardaker said. “That’s a good combination. We kind of hit a wall for a minute in the second half but I’m happy with the way the team played.”

Both teams traded buckets in the first few minutes, but after a layup by Aliyah Llanusa and a 3-pointer by Jaci Littell, UCO led 13-6.

In the second quarter, the Griffons managed to go on a 15-8 run to cut Central’s lead to just three points at 30-27.

Over the final four minutes of the second quarter, the Bronchos were able to build back their lead by 12 and at halftime the score was 48-36.

However, Missouri Western answered by going on a 20-7 run, and cutting the lead to just five going into the fourth quarter to keep the game within reach.

The Bronchos were able to continue to make shots over the final minutes of the game, and their lead was too much for the Griffons to come back from.

Rayner scored 16 points on 6-for-11 shooting. She also had four rebounds, three assists and two steals.

Dement scored a season-high 16 points on 7 of 10 shooting. She also had two boards, one assist, and one steal.

Johnson and Young both had 14 points and five rebounds apiece.

Littell finished with nine points, along with three rebounds and two steals.