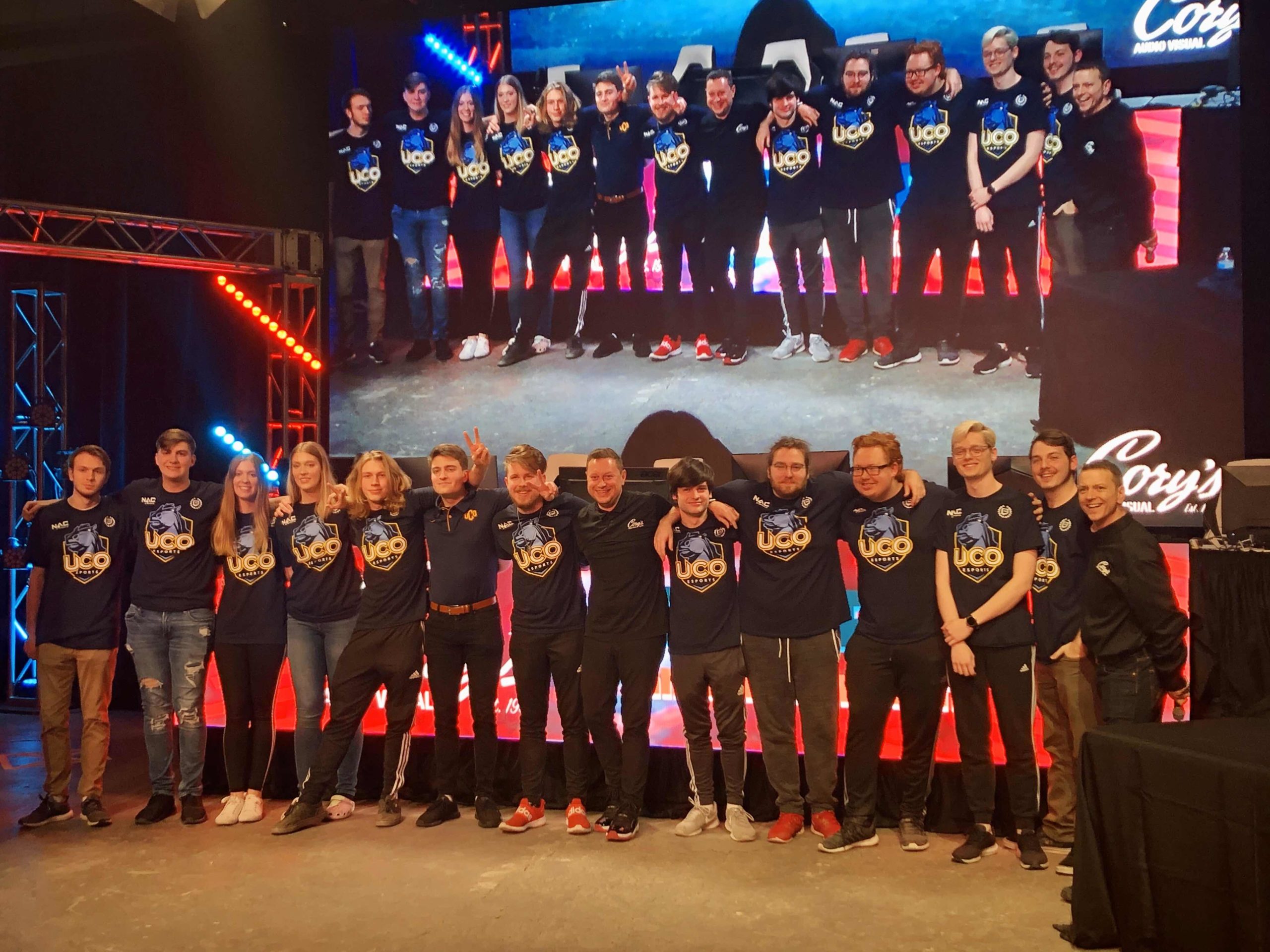 The event started with a presentation titled “Building an Esports Program” from Dr. David Hanan, the advisor for Esports at UCO and Director of Bands for UCO. Dr. Hanan discussed the process of starting an Esports program at a college that has had no previous history with competitive gaming.

Next, the UCO Smash Bros. team played against each other in a Crew Battle, meaning each team can have the number of lives they have remaining carry over into the next round. The Crew Battle was won by UCO’s Smash Varsity player Arfy and his team.

Chad Ford from Chalk Sports Bar spoke about esports and the private sector. Chalk Sports Bar has been hosting Smashcade, a local Smash Bros. tournament weekly since late 2018, and has been making its way into the esports industry.

The UCO Counter Strike: Global Offensive (CS:GO) team followed the presentation with a scrimmage against Rogers State University. UCO won the scrimmage 15 to eight, only lasting 24 out of the 30 possible rounds. The match ended will SkillfulTrain with a staggering 45% headshot percentage, and with Hitchboi cleaning up one of the rounds killing four out of the five enemy team members.

After a short presentation from Mike Aguilar, the lead advisor for OU Esports Club, the Overwatch team played against Oklahoma City University (OCU). The first map played was Nepal, a control map with UCO taking a 2-0 victory with both rounds ending in a 0% capture rate for OCU.

Match two was played on Hollywood, a Hybrid map, ending with a 3-2 victory for UCO, with Alex (his in-game name) holding a 71% kill participation throughout the duration of the match.

This wrapped up the scrimmage with UCO winning 2-0 of the matches, and 5-2 of the rounds. The teams then went on to mix the teams together for some extra matches for fun.

The Esports Disruption event was live-streamed over the course of 4 hours and 15 minutes and can be watched on Cory’s Audio Visual Twitch page.