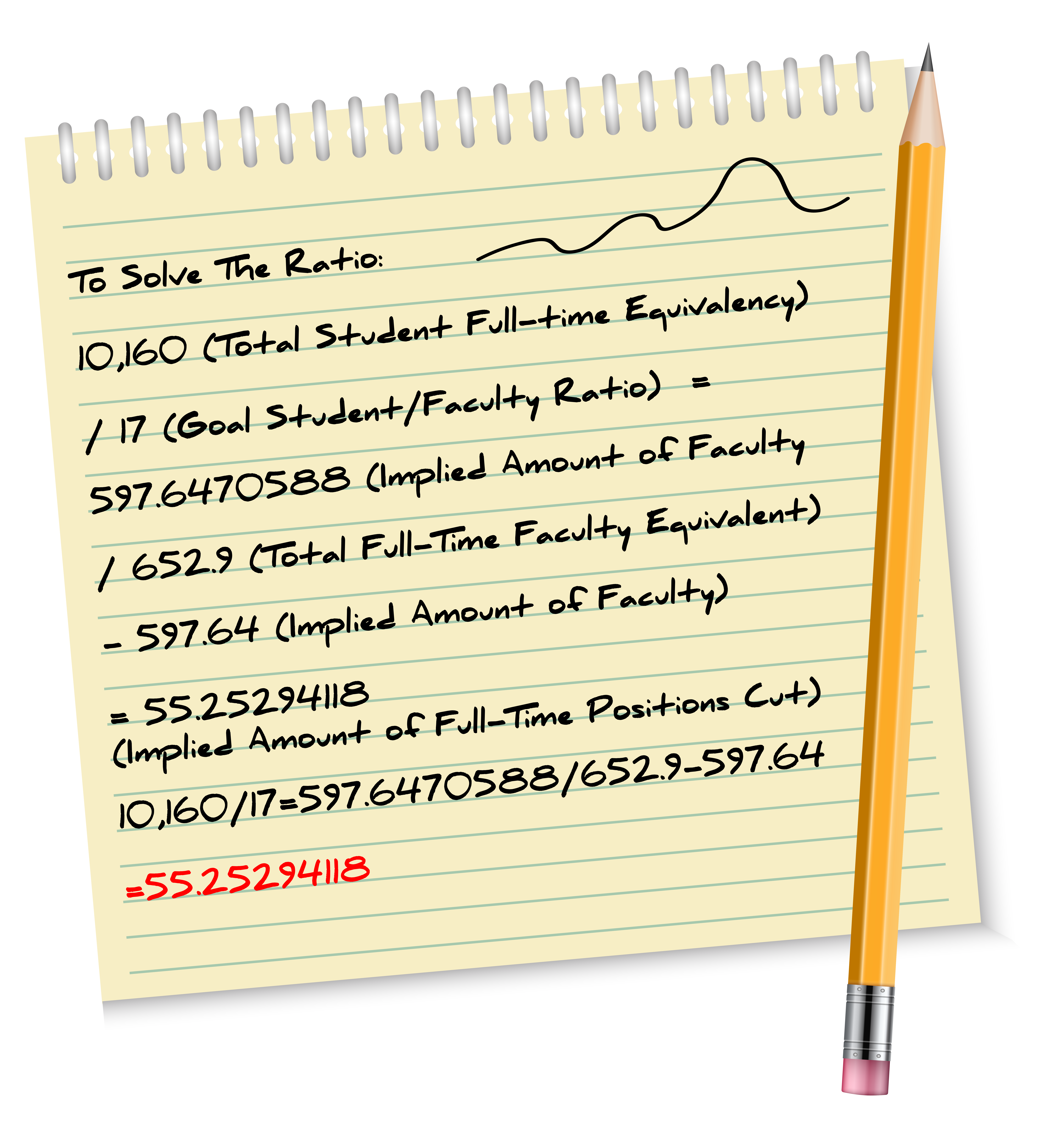 In a video released to students and faculty a day after the protest on Wednesday, Neuhold-Ravikumar thanked the students for exercising their right to peaceful assembly, but said she wanted to address incorrect information said at the protest in Old North.

“I heard students talking about 53 faculty positions being eliminated,” she said in the video. “The students were not able to provide a data source for this number, so to reiterate what I said in the open forum on March 24, the number that has been shared is 40-plus full-time equivalent faculty positions. There has not been an exact number determined yet.”

This was the first topic of discussion in the meeting with students.

“In your video response to Wednesday’s demonstration, you said that 53 is not the correct number, but instead, the official number is 40-plus. How does 53 not encompass 40-plus when 18 faculty lines were sacrificed last year, and there remains 40 this semester — which actually totals 58?” said student Hannah Ash.

The president responded, saying the 18 faculty lines cut last year are separate from the 40-plus faculty layoffs from this year.

“Last year, we were not aiming for the 15-1 to 17-1 change in our ratio, so there was no aim for 60-plus positions [to be cut]. We have identified since that time, because the moment has continued to decline, that we needed an additional 40-plus positions to be able to right the ship,” Neuhold-Ravikumar said.

To figure out the exact number of layoffs needed to achieve Neuhold-Ravikumar’s faculty-to-student ratio goal, which is the stated reason for faculty layoffs, The Vista filed an Open Records request with the university to find the data and formula used to calculate the ratio. After receiving the data, Travis Roach, an associate professor of economics at UCO, helped this reporter calculate how many layoffs are needed to go from a 15-1 ratio to a 17-1 ratio. Roach found that 55 positions would need to be eliminated.

However, resolving the faculty-to-student ratio will provide aid to other issues impacting the UCO community, such as faculty raises, Provost Charlotte Simmons said in response to a student’s concern over faculty salaries.

“The way that it’s set up is that a professor has to work about 11 years to be able to receive about two raises, typically, if we were going to follow the model exactly. But if we look at the administration here, there have been regular raises with a fair amount of different individuals,” student Ryan Lykins said.

Simmons responded, saying administrators’ salaries are based on the market value of their position, and when positions are changed or dropped entirely, new administrative titles usually encompass more responsibilities, thus increasing their pay. Newer faculty receive similar advantages based on the changing market values, Simmons said. For three years, the administration attempted to keep all salaries the same, where new employees did not receive higher pay than more veteran professors, but they could not hire anyone with those previous figures.

However, Simmons did call for adjusting faculty salaries, but said the way to do this is through faculty layoffs.

“The last calculation that I remember is about $6 million, [which] is what it would take to bring all of our faculty up to more recent data,” Simmons said. “So the reason that the faculty at large are not all getting [their salaries] adjusted is because of $6 million.”

Leaders of the protest said they wish to have zero faculty positions cut.

“It definitely is about transparency with the administration and our budgeting issues and the fact that faculty are losing their jobs.” student Logan Boyd said in an interview. “That’s my biggest concern at the moment, considering UCO has deadlines to meet for budget revisions, and if we don’t act now, there’s nothing that we can do to save these jobs.”

“I think we’re personally doing a really, really good job on making sure everyone understands what is happening on our campus right now,” Lykins said. “We’re not done yet. We’ve got a lot more to do, and we’re gonna keep going until something happens.”