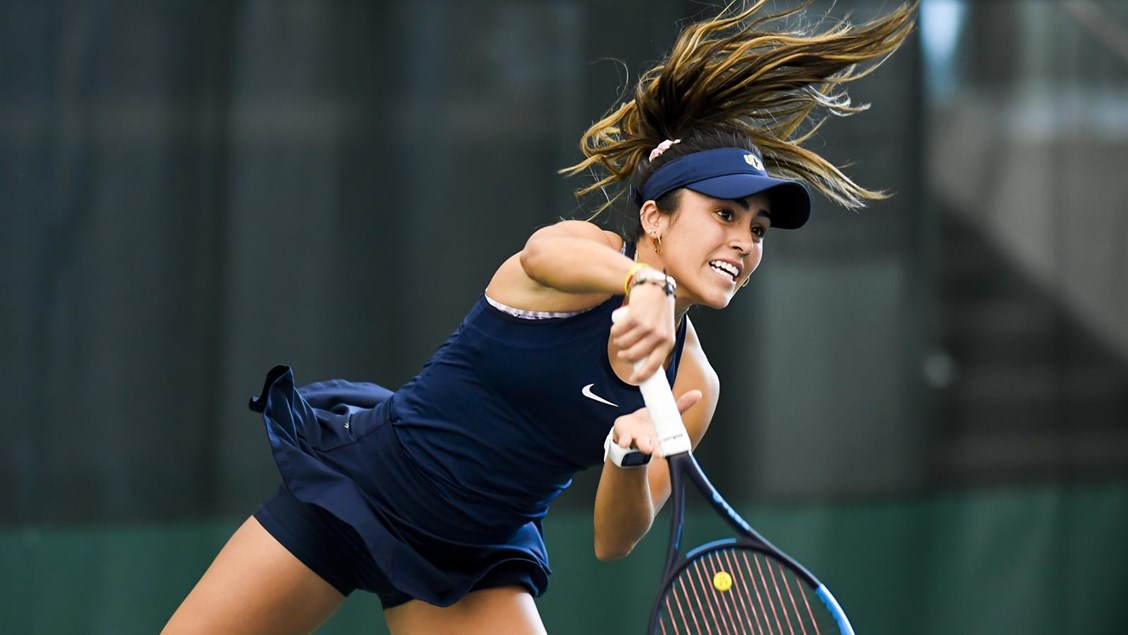 The University of Central Oklahoma tennis team went 3-1 at the Intercollegiate Tennis Association National Championships at Edmond Center Court. The Bronchos beat Flagler College 4-2 on Friday to advance to the semifinals on Saturday.  They lost to the University of Indianapolis in the semifinals 4-0, then they beat Angelo State 4-0 on Sunday.

“I’m really proud of this team, this is a big accomplishment,” UCO head tennis coach Jaron Maestas said. “We really wanted to come out and play our best today and make sure we left this tournament with a win and they did that today.”

On Friday, Central won in a comeback. The Bronchos dropped the doubles point. They lost the No. 1 and No. 3 doubles. They had a lead at No. 2 doubles but the match was not finished.

In singles play, Adel-Byanu Abidullina beat Eden Schlagenhauf. She won the first set 6-2, and then went on to win the second set 6-1.

At No. 2 singles, Mae Canete clinched the match for the Bronchos. She won 6-2 in the first set before losing 7-5 in the second set, but she would respond by winning the third set 6-0 to give the Bronchos the 4-2 victory.

Indianapolis won each of the matches in singles play, and wins at No. 1, No. 3, and No. 6 clinched it for them.

Landin and Canete won 6-3 at the second spot in the lineup and Boyar and Buntrock won 6-4 in the third spot.

The Bronchos play next against Texas A&M-Kingsville and St. Mary’s in San Antonio, Texas on Friday.