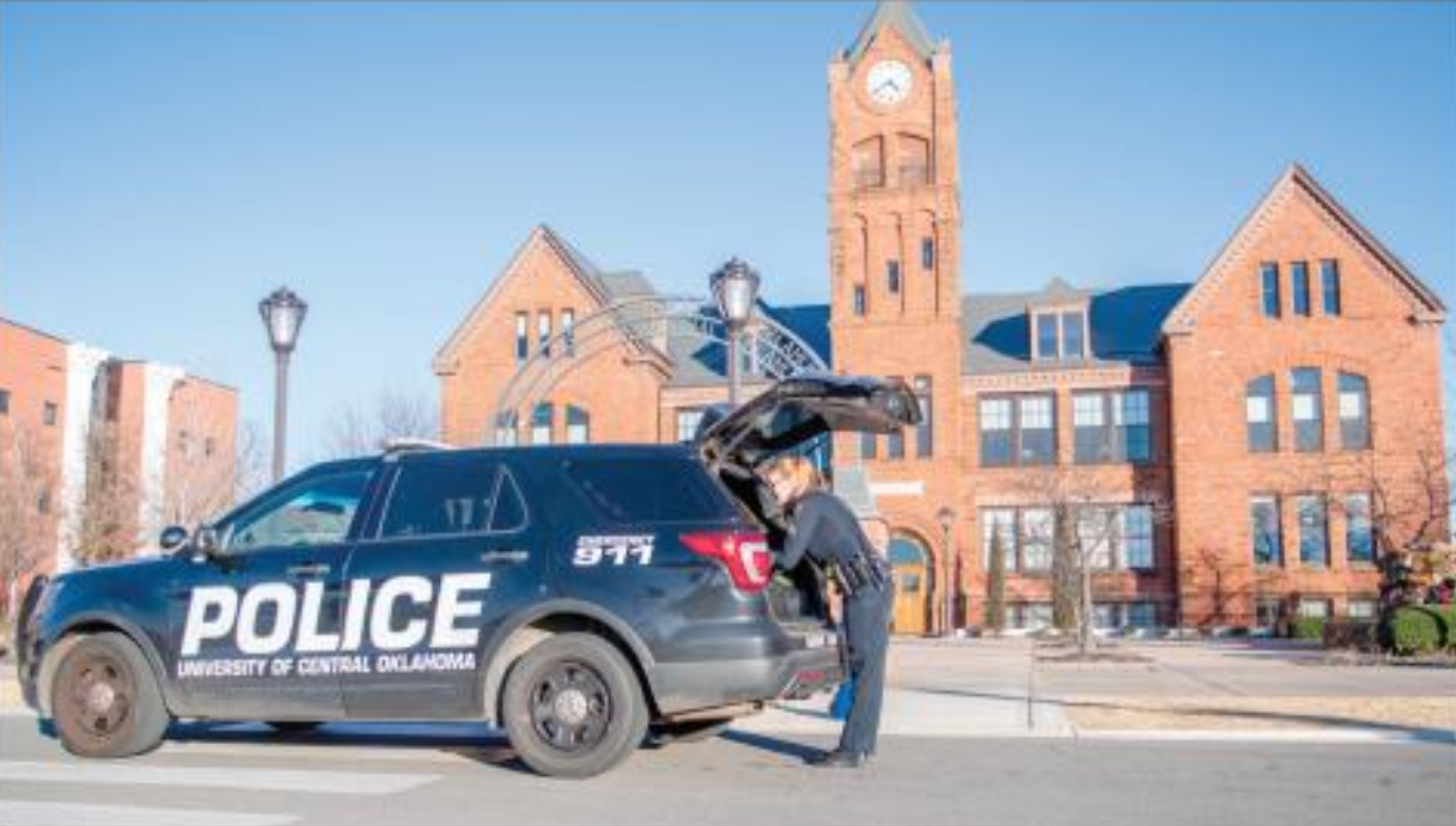 Since the start of the fall 2019 semester, there have been seven reported school shootings across America, and Chief Jeff Harp with the University of Central Oklahoma Police Department has taken precautions to ensure the safety of all faculty, staff and students on campus in case of such an event

The university employs 17 CLEET, Council of Law Enforcement Education and Training, trained officers. Two or three officers are on shift at a time and around the clock, unless a large event is taking place on campus.

“We have extra staff at events, as well as emergency management personnel, who are monitoring everything else and are prepared to read or hand off pre-written messages, announcing what is going on and alerting the public on what to do,” Harp said.

The university police department and some faculty and staff have gone through Alice, a training institute specialized in active shooter preparedness and solutions, and NIMS (National Incident Management System) through FEMA, a nationwide training over the common steps in a crisis or disaster situation.

If UCO dispatch receives a call about a suspicious person on campus, possibly an active shooter, the university police’s average response time is one to two minutes in a critical situation.

The Central Alert system and social media posts about the situation will not notify students unless the threat is deemed credible, or if more than one phone call about the person is placed with the UCO Police Department before officers arrive on scene.

“We have the option to post directly to social media through Central Alert simultaneously,” said Adrienne Nobles, assistant vice president for University Communications. “We do tabletop exercises fairly regularly with our police services and emergency management, and we go through various scenarios where we kind of practice what those messages might be and what the process might be.”

In the case of a credible threat, Central Alerts and social media posts from the university will notify students on updates and what to do, including if it’s necessary to shelter in place.

“We have an intercom system that connects to all the buildings on campus and is even outdoors, which we can use to announce the alert, that way students outside know to get to safety,” Harp said. “We can also connect to certain buildings rather than all, and make an announcement, but the shooter would also hear the same announcement you’re hearing and know that we’re there.”

Once it is established that there is a threat to the university, Edmond Police, Oklahoma Highway Patrol, Oklahoma County Sheriff’s Department, as well as surrounding agencies will respond to the request for assistance from UCO.

“Columbine changed everything about how police respond to a person who is actively trying to cause harm to other people,” Harp said.

University Police will respond with what they have on their persons, and will go toward confronting the suspect. Harp said he suggests that his officers go in at least two together, but if that is not possible, they can go by themselves.

“The first officers on scene have the job of finding what is causing the problem and stopping it,” Harp said. “The second group of officers’ job is to go in and begin pulling those who may be injured out and start evacuating the buildings.”

In an active shooter situation, campus will be locked down completely, students will be ordered to leave all belongings in their classrooms or where they are being evacuated from and will be taken to a safe location close by. An investigation will then begin, looking into video footage, evidence and the potential suspect(s).

“We do training,” Nobles said. “Of course you can always do more, but you can be rest assured that we do a lot of training and we test our systems to make sure they are in working order if we get into an emergency situation.”