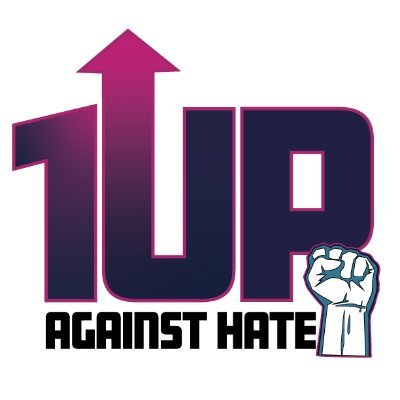 Students in THE University of Central Oklahoma's Strategic Communications Campaigns course created the project for its partnership with the McCain Institute National Security & Counterterrorism Program, a program founded by U.S. Senator John McCain. The McCain Institute provided UCO $1,000 to raise awareness on the spread of hate-speech within online gaming. (Provided/ 1UpAgainstHate Twitter)

UCO Strategic Communications students launched a new project, 1 Up Against Hate, to raise awareness on the spread of hate-speech within online gaming last week.

“[The McCain Institute] selects university from around the U.S. and asks schools to do projects relating to counterterrorism,” said Cathy Story, a Campaigns student and 1 Up Against Hate manager.

Story said that Campaigns professor Sandra Martin was responsible for connecting students with a “real-world problem or project.”

“We had to figure out our target audience and what about hate-based crimes or violence we want our project to be,” Story said, “so our class collaborated, and we came up with online gaming.

“As we did a little research, we found out that recruiters of hate groups recruit vulnerable young people in gaming sites,” Story said.

The goal of the project, Story said, is to bring awareness to the issue of hate-inciting speech in online gaming.

“We are asking gamers to sign a pledge that they will stand up against hate,” Story said.

Twenty-five students are working on 1 Up Against Hate with numerous groups and sub-groups to delegate responsibilities, including research, graphics, creative, social media teams and more, Story said.

The winnings would be funneled to the UCO Mass Communication Department fund.

“[The McCain Institute] wants the campaign to show that you’ve been able to influence somebody and change their mind to do something, a call to action,” Story said. “What we will ultimately do at the end is summarize what we’ve learned, what worked and what didn’t work.”

The project surveyed over 700 UCO students and talked with members of UCO’s Esports program.

“We wanted to know if people were aware, or do they contribute to hate conversations,” Story said. “Have they seen bullying and harassment online?

“What we discovered is that half of those people were afraid of online violence,” Story said.

Story said that the spread of COVID-19 has worsened the problem.

Story said that the project would otherwise host an event and distribute posters about campus, but it was unable to meet physically due to numerous circumstances, including a storm that canceled a week of classes at UCO a few weeks ago.

The project has instead utilized social media to help spread its message, including creating paid advertisements on Facebook to extend its reach. One post received over 5,000 views, Story said.