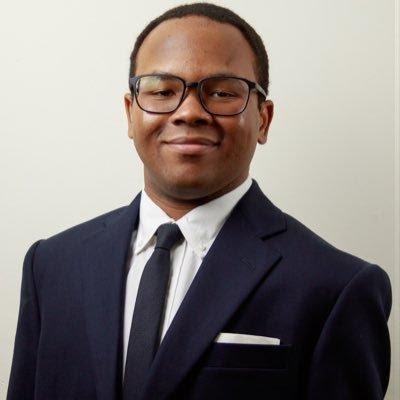 The 2022 Oklahoma House of Representative race in Pottawatomie County has officially begun as Democratic candidate Gregory Hardin II filed his candidacy for the democratic nomination to unseat incumbent Dell Kerbs, a Republican who has held the seat since 2016.

If elected to House District 26 in 2022, Hardin will represent several Oklahoma towns such as Shawnee, Tecumseh, McLoud, Dale, Earlsboro, Bethel Acres, and Johnson, a predominantly rural setting in Pottawatomie County and home to two tribes, Citizen Pottawatomie Nation, and the Absentee Shawnee Tribe.

Hardin is a substitute teacher for Shawnee Public Schools and is currently a history major at UCO.

As a substitute teacher, Hardin recognizes that Oklahoma public schools are in dire need of immediate legislative action to relieve the financial burdens the education system is currently experiencing through budget cuts. Hardin believes the current teacher shortage is due to budget shortfalls which has prompted educators to leave the state for better paying positions or to retire from teaching altogether.

Hardin discusses how a state funded educator financial package could not only fill the teacher gap in classrooms but would also provide teachers with a wage increase and paid leave. For students, this would include funding education and nutrition programs while expanding extracurricular activities for them.

“The dip in number of teachers affects Oklahoma communities and the state legislature should fund public education to encourage teacher retention but also encourage students to stay in Oklahoma and attend universities in the state,” said Hardin.

If elected for HD 26, Hardin wants to enact state bills that empower blue collar workers, educators, and professionals by strengthening family support. He believes that offering state worker benefits would fix the teacher and employee demand in Oklahoma, but it would also create long term solutions for workers and businesses.

The ongoing demand for employees and employee strikes demonstrate the need for worker reform and government advocacy. Although a federal mandate can only raise the federal minimum wage, Hardin believes the state can contribute to achieving long term employment by creating legislation for employees to receive paid time off along with maternity leave and sick leave.

Hardin believes in the importance of representative bureaucracy and wants the voters of HD 26 know that he will represent them at the state level with upmost ethics and transparency. By holding public town halls with his constituents, Hardin wants to increase engagement with the citizens of rural Oklahoma and be accessible to the people he represents.

“My goal as Representative of HD 26 would be to gain full understanding of issues people are facing and communicate with them what is going on at the state level,” said Hardin.

When not working as a substitute teacher or attending classes at UCO, Hardin can be found working at the Green Corn Rebellion Show, his YouTube channel where he conducts interviews with public and political figures, musicians, and online personalities. Some of his guests include Oklahoma State Representatives Mickey Dollens and Mauree Turner, and Oklahoma Senator Mary Boren. His favorite conversation topic with his guests includes discussing legislative events occurring at the Oklahoma state Capitol building.

As his online audience and campaign support continues to grow, Hardin is determined to create positive political and social impacts in 2022 by interacting with the people of Oklahoma and listening to their needs from Oklahoma legislature.

“Most of all, I want to be effective as a state legislator for Oklahoma communities,” said Hardin.