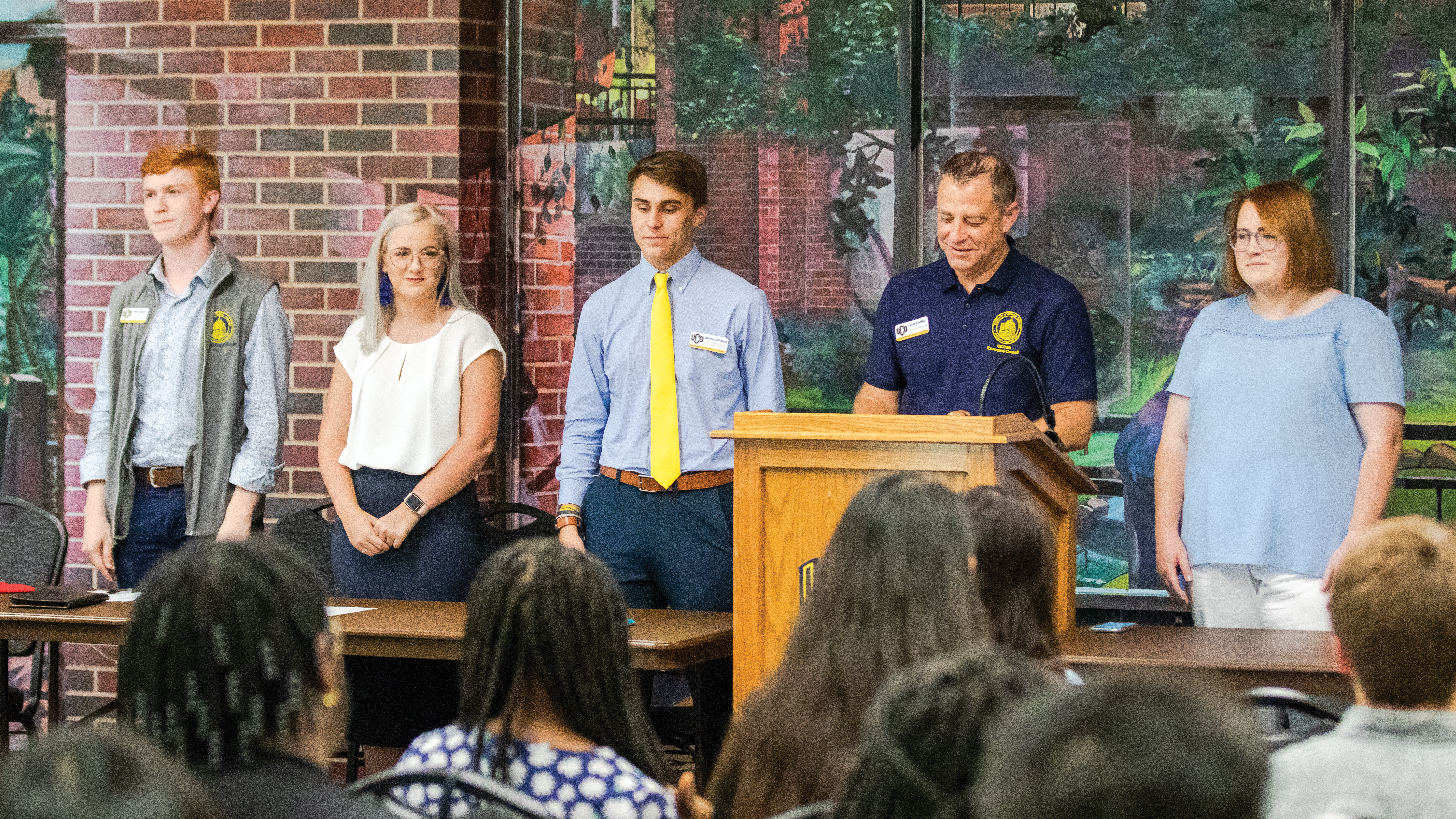 At the second University of Central Oklahoma Student Association meeting of the semester, the congress pass two bills and held discussions concerning homophobic comments on campus.

UCOSA Senator Katelyn Sargeant said she had been told about homophobic and transphobic comments possibly being said in residence halls. Though she does not live on campus, she said she works for the Women’s Research and BGLTQ+ Student Center, where some students came forward to tell her. These students did not want their names to be connected to the issue.

“We have a chance here to make a significant and positive change for the BGLTQ+ community, and we need to take this chance to come together as a campus and a community to make that positive change,” Sargeant said.

While UCOSA is not able to do anything official, some of the ideas discussed included going through Safety Zone training or talking with Housing and Residential Engagement to figure out how to best reach students living on campus, as well as trying to reach the campus in general.

Sargeant said that helping to create an environment where such comments are not acceptable is important.

“Allies are needed to bring change in the world and to support diversity and inclusion on campus and beyond,” Sargeant said.

Sergeant cited some of the on-campus resources for students who feel unsafe: campus police, who can be reached at 974-2345; the Center for Counseling and Well-Being, in Nigh University Center Room 402; the Women’s Research and BGLTQ+ Student Center, in Thatcher Hall Room 106; and the Student Alliance For Equality, a student organization for LGBTQ students and allies.

The first bill passed in the meeting was CB19-101. It proposed making a committee to take a look at UCOSA’s current bylaws, statutes and constitution with the goal to reform them. The senators on the committee are Remington Dean, Hazzik Ali, Savannah Anderson, Jarrett Jobe and Jordan Medaris.

Any legislation passed by this committee will go to the Accountability, Reform and Transparency Committee, who will consider it, and if they want, try to pass it within congress.

The second bill passed was CFR19-101, which gives $5,000 to the Intramural Department in the Wellness Center “for the purpose of improving the student experience through intramural sports.” The money will be used for purchasing equipment, paying student workers and paying for an off-campus location, making the intramural sports free for students.

“In the past, the website has said that we have all kinds of sports, but we’ve only been able to really fully provide football, basketball [and] frisbee every once in a while,” said James Limbaugh, chair of Congress. “They really want to get a lot of new things going.”

UCOSA meets at 4 p.m. every Monday in the Nigh University Center‘s Will Rogers Room 421.