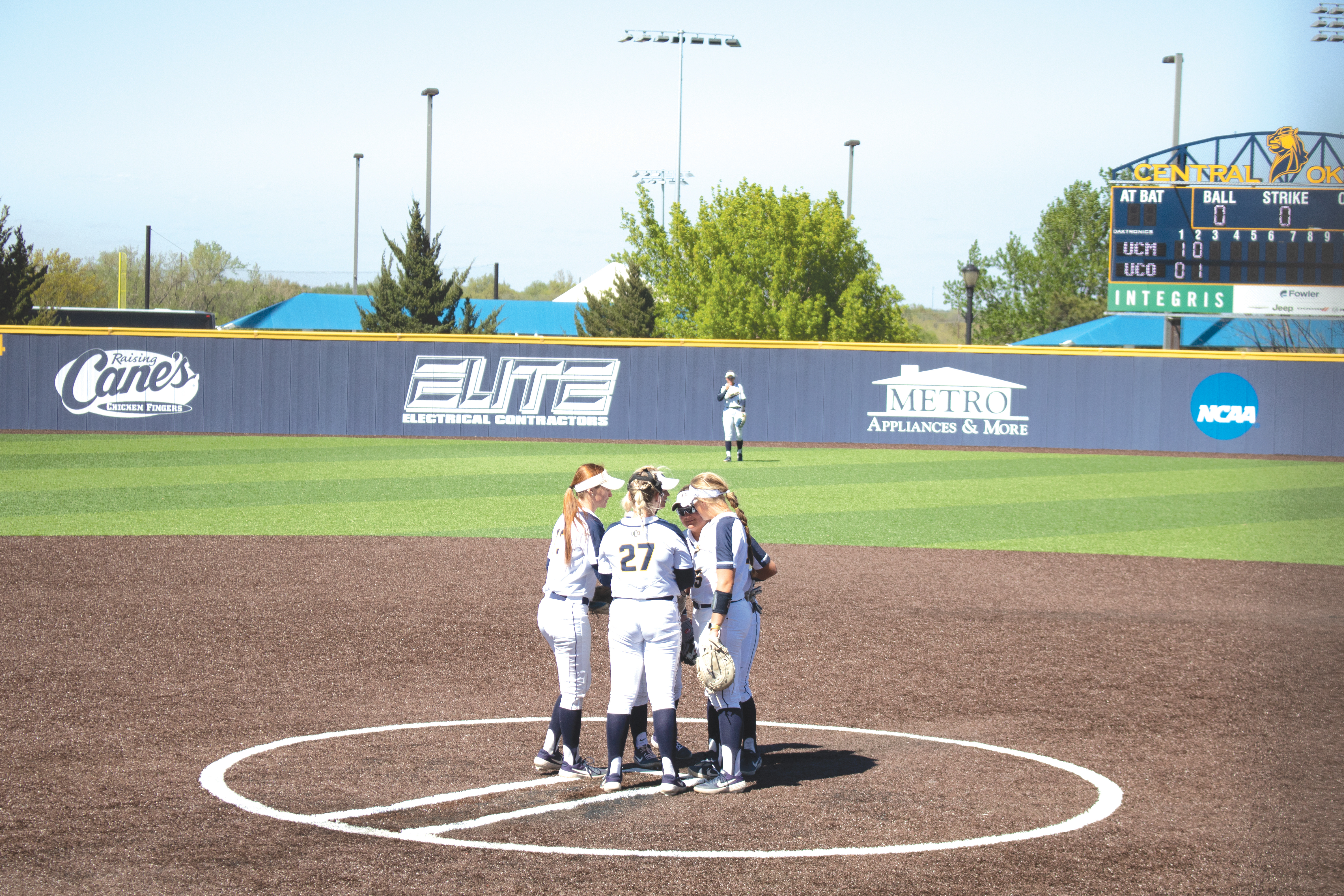 The Bronchos earned a doubleheader sweep over Missouri Southern State University on Friday night as they defeated the Lions 6-0 and 10-4. In game one, starting pitcher Bailey McKittrick pitched a complete game shutout, giving up just three hits to the Lions. With the first victory, the Bronchos won a share of the MIAA title and took the title outright with the win in the second game.

McKittrick threw in the second game as well, earning her 20th win of the season. It was the ninth time a UCO pitcher, and just the third time a freshman, has won 20 games.

The second win also gave the Bronchos their 40th win on the season, the eighth time that has been done in school history and the fifth under head coach Cody White.

“I’m really proud of this team for accomplishing one of our main goals in winning the conference, but we still have a lot left that we want to do,” White said on Friday. “We did a lot of good things today and winning two games on the road in this league is never easy, so I’m happy with how we played.”

UCO followed the Missouri Southern performance with a split with Pittsburg State University. In game one, the Bronchos recorded eight hits and four runs as they held the Gorillas to three hits and one run. McKittrick struck out four batters in her 13th complete game. She has made 18 appearances this season.

The Bronchos lost the last game of the regular season 3-5 and the second game of the MIAA doubleheader with Pittsburg State. As a team, the Bronchos improved to 10 hits in the season finale but were halted late as UCO stranded nine runners and the Gorillas paired two-out solo home runs in the sixth inning.

“We left a lot of runs out there today,” White said after the season finale. “We had several opportunities to get some separation and just didn’t do enough to make it happen.”

The Bronchos finished the regular season with a 41-5 record, 23-3 in the MIAA. UCO will be the No. 1 seed in the MIAA Postseason Tournament. The first round will begin at 11 a.m. on Wednesday as UCO will battle No. 8 seed Northeastern State University.

“We’re happy to be the conference champions,” White said. “But now it’s time to turn our focus to the postseason and keep working toward those goals we still want to accomplish.”