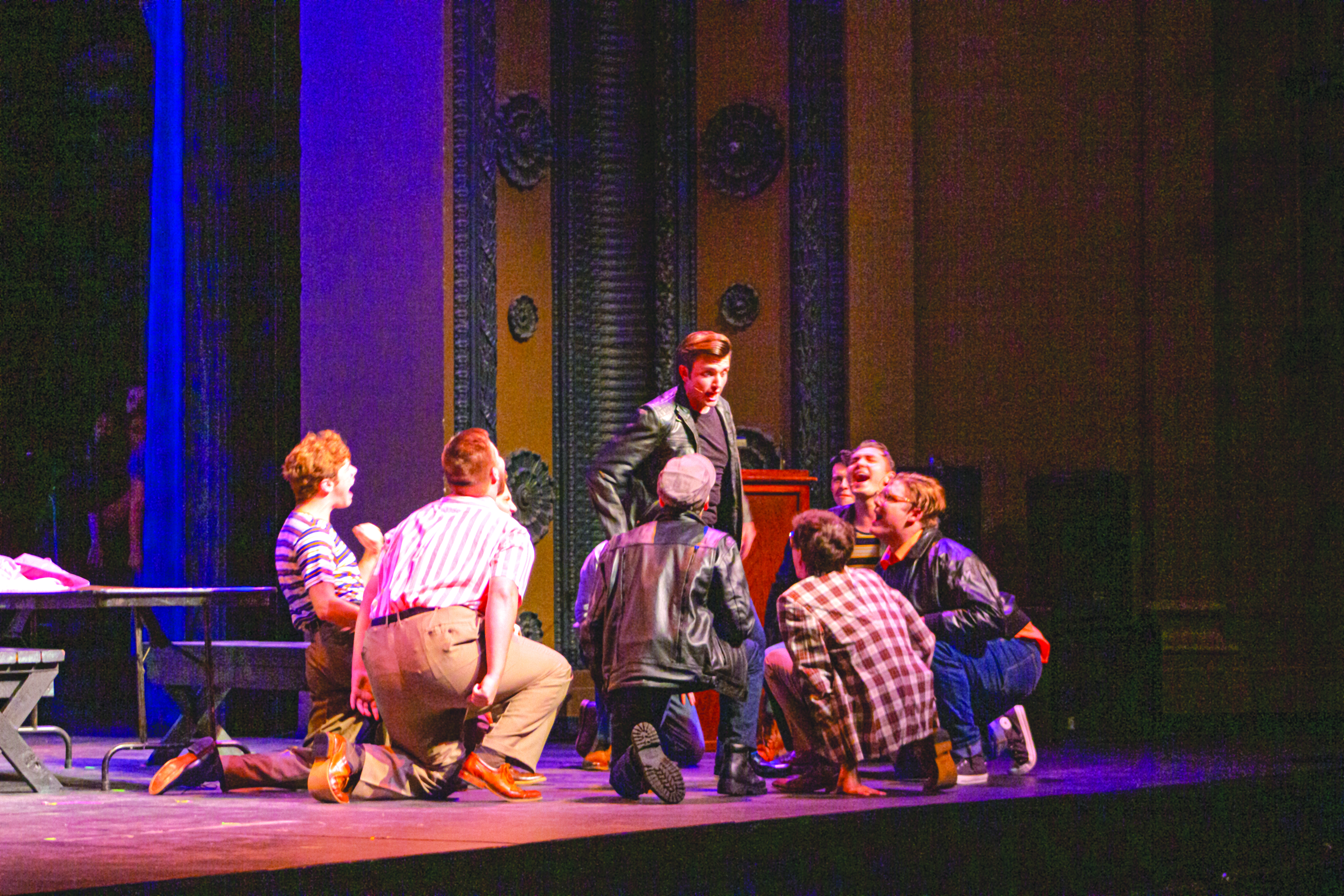 Students in the University of Central Oklahoma’s College of Fine Arts and Design are preparing for the first musical of the Mitchell Hall season, “Grease,” which opens at 7:30 p.m. on Sept. 26 and runs for two weeks.

“Grease” was originally written by Jim Jacobs and Warren Casey and first performed in 1971, though it is most known from the 1978 movie starring John Travolta and Olivia Newton-John.

Steven Smeltzer, the show’s director and choreographer, said that he realizes that people will expect the movie when they see the musical, and that elements of the movie have been added to the musical, particularly the wardrobe.

“We wanted to make sure we gave certain elements of [the movie], and so even costume-wise, I’ve asked that they could be similar, you know, to give an essence of what the film did,” Smeltzer said.

The fictional Rydell High School in the play is based on Taft High School in Chicago, and the story is about the troubles and turmoil of kids in the 1950s, particularly lead characters Danny Zuko and Sandy Dombrowski.

“It’s going really good. Everyone is bringing their own thing to it,” said Sam Brinkley, ensemble cast member. “It’s not, just like the basic ‘Grease’ that everyone’s used to seeing. Everyone’s having their own take and being really creative with their characterizations. It’s really cool.”

Brinkley said that the ensemble is onstage during much of the production because of several big dance numbers, including “Grease is the Word,” “Hand Jive” and “We Go Together.”

The character Danny is played by sophomore musical theatre major Dylan Herrin, who said he became accustomed to doing shows and working late hours during his experience in competitive drama and musical productions at Choctaw High School.

“We did straight plays and music theater, so I was kind of on both sides of it,” Herrin said.

According to Herrin, Danny’s character goes through an evolution.

“I think with Danny at the very beginning, it’s definitely like these two worlds that he lives in,” Herrin said. “He wants to be with Sandy so badly, but then at the same time he wants to impress all of his friends and still be that cool guy without showing his sensitive side.”

Morgan Rothwell, who plays the role of Sandy, is a senior musical theatre major who has performed in several musicals at Bethany High School and participated in Edmond Summer Stock.

“Steven [Smeltzer] and I have talked a lot about it, how Sandy is usually portrayed as this kind of like bubblegum princess who turns into a bad girl,” Rothwell said. “But that’s not the direction that he wanted to go with it, at all. He wanted to show that, yes, Sandy is a bit of a daddy’s girl and naive and doesn’t know a lot about the world, but she is still flawed.”

Smeltzer said he believes the theme of “Grease” is really about the characters finding their authentic selves.

“That’s the reason even Danny changes by the end of the show, because he’s always being Mr. Cocky and showing off for his friends,” Smeltzer said. “When him and Sandy are by themselves you see that they’ve got a great connection and a great romance.”

Smeltzer is in his 11th year of teaching Musical Theatre at UCO, having spent nearly 30 years working in theater in Florida and New York City. This fall’s performance of “Grease” will be his 19th production at UCO.