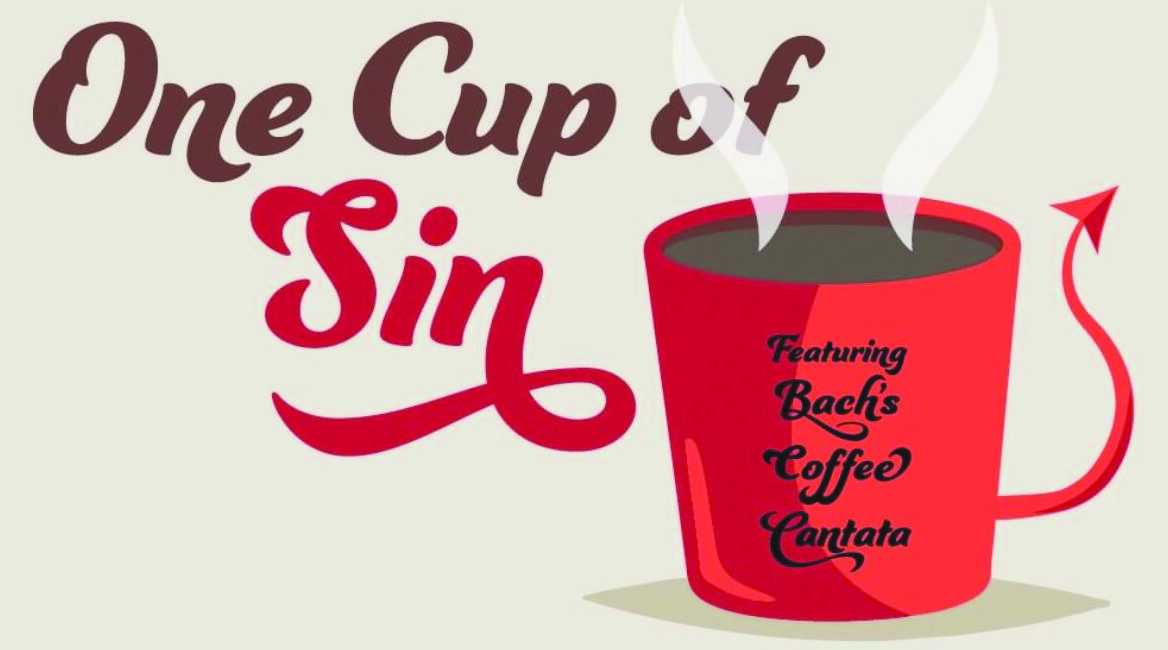 The UCO Opera will perform their annual Fall production of “One Cup of Sin: An Evening of Operatic Wickedness” at 7:30 p.m. this Thursday through Saturday at the Jazz Lab. (Provided/UCO School of Music)

The UCO Opera will perform their annual Fall production of “One Cup of Sin: An Evening of Operatic Wickedness” at 7:30 p.m. this Thursday through Saturday at the Jazz Lab.

This musical performance reimagines scenes from traditional operas as if they were performed in a coffee shop. Each scene will depict one of the seven deadly sins followed by an anchor performance of Johann Sebastian Bach’s “Coffee Cantata,” a story of a father and his daughter’s addiction. The pieces will be performed by vocalists from the UCO School of Vocal Arts and Musical Theatre divisions along with a small orchestra of six instruments. The performers are both undergraduate and graduate students led by several directors, one being Interim Director Rob Glaubitz.

It is typical for opera performances to revolve around the seven deadly sins, Glaubitz said.

“We wanted to highlight that wickedness in this performance, especially since we set the whole show in a coffee shop and caffeine addiction is usually thought of as a vice,” Glaubitz said.

Aware of the common opinions of the art, the UCO School of Music and practicing professionals are dedicated to reinventing the opera genre, according to Glaubitz.

“Many people think that opera is old-fashioned or traditional or even a dead art, but that’s not true at all,” Glaubitz said, “Opera professionals are reinventing what opera is every year with exciting results.”

Glaubitz says “One Cup of Sin” reimagines the traditional opera by creating modern sets, such as a coffee shop. Modern operas are becoming more frequent all over the world, but specifically in America, where the performance often explores societal issues, according to Glaubitz.

“The best way to preserve that tradition is to do exactly what we’re doing, reinvent and reinvigorate traditional opera for modern audiences and write relevant new operas that touch on today’s issues,” Glaubitz said.

“I’ve actually never been to any of the opera concerts, but they sound really interesting,” Ridgeway said. “Especially if they make it more modern, I’m sure it’s a lot of fun.”

Glaubitz said he hopes students considering studying music at UCO are not discouraged by the fear of lack of employment.

“I have never regretted my decision to study music instead of some other career. Besides doing something I love as a job; I have never had any problem finding a job in music and neither do our graduates.”

According to the Strategic National Arts Alumni Project, music performance majors are the most likely to work as artists, 82% of which have worked as professional artists.

“Employers love music majors because we challenge students to think critically and work collaboratively from the first day of classes,” Glaubitz said. “Music is a challenging degree program, but it’s well worth the effort.”

The UCO School of Music has 300 students studying various instruments and musical arts presenting dozens of performances on and off campus each year.

Tickets for “One Cup of Sin” can be purchased online at centralconnection.org/wickedopera or at the door. Tickets are $15 for the general public, $10 for non-UCO with a student ID and free to UCO students with ID.

The department expects 100-150 attendees for each performance. Attendees can also order Hideaway Pizza to be brought to their seats during the performance.