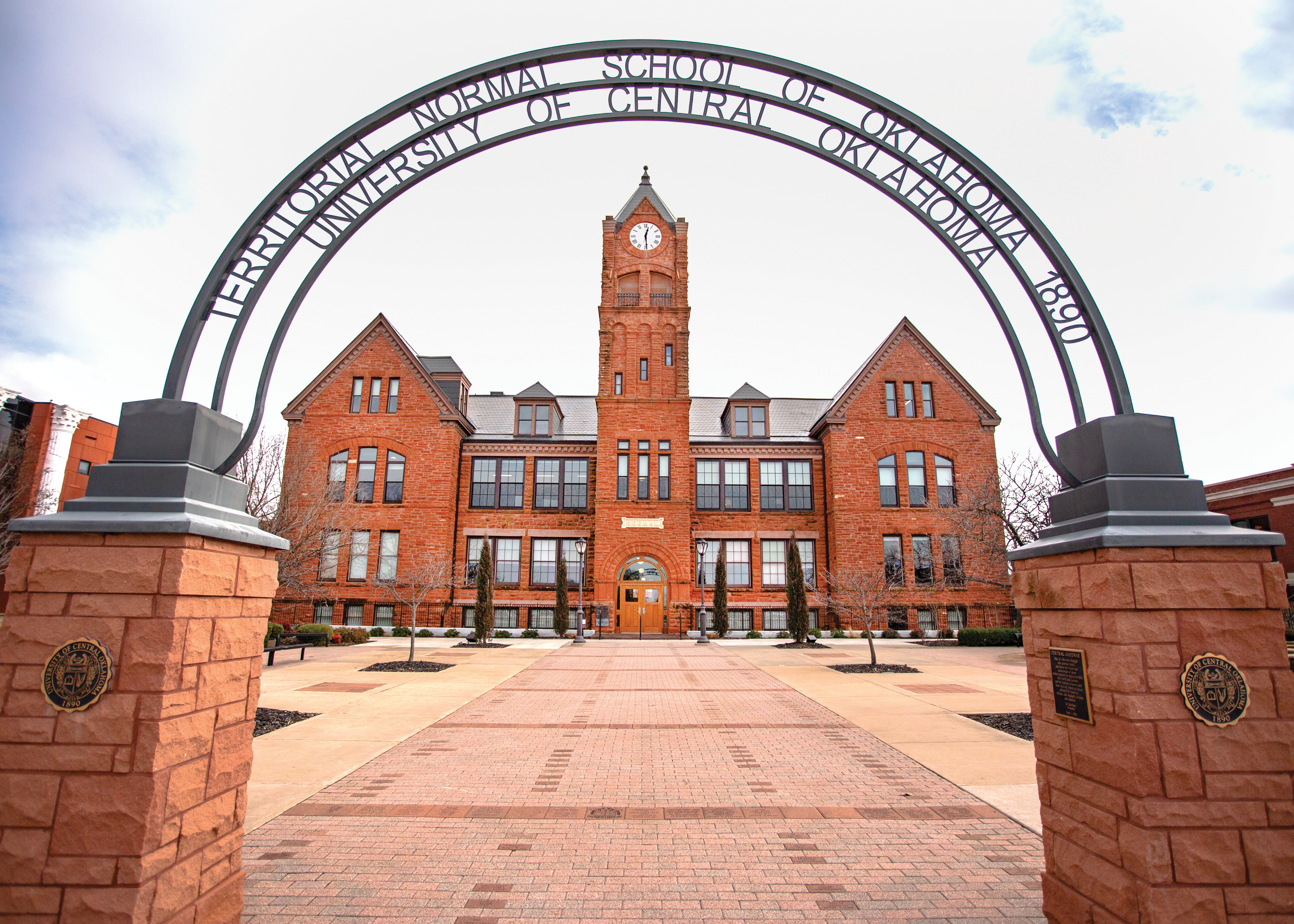 The University of Central Oklahoma's iconic Old North framed in the arch that commemorates the school's founding. The university has been named as a defendant alongside the Regional University System of Oklahoma in a recent lawsuit including a UCO student and professor. (Tanner Laws/ The Vista)

UCO Named as Defendant in Lawsuit

Veronica “Tyler” Bors, a student at the University of Central Oklahoma, is suing the university for discrimination on the claim that UCO professor Kole Kleeman sexually harassed and/or assaulted Bors during a meeting at Kleeman’s home.

The lawsuit, which is still pending, was filed on Nov. 26, 2018 in the Oklahoma County District Court where the Board of Regents for the Regional University Systems of Oklahoma (RUSO) was named the defendant. However, the case has been moved to the Oklahoma Western District Court and on Dec. 27 was amended to add UCO as a defendant.

“It is our policy not to comment on pending litigation,” said Regent Mark Stansberry, the chair of RUSO and spokesperson for the Board of Regents. “We require universities we govern to take every complaint seriously and to investigate them fully and take appropriate action as warranted by the investigation.”

Kleeman, UCO and Richard Mann, the defendant’s attorney and current state of Oklahoma assistant attorney general, declined to comment on any open or pending lawsuits.

According to official court documents, this incident began on or around Aug. 31, 2017 when Kleeman contacted Bors, a transgender student, seeking advice on pronoun use regarding sex and gender relative to LGBTQ+ persons. Bors agreed to meeting with Kleeman to discuss this topic and Kleeman set the meeting to be held at his home.

Court documents state after rejecting these advances and leaving the location, Bors reported the incident to the Title IX Office at UCO and through the Ethics Point link on the RUSO website.

According to the statement of facts, the defendants [RUSO and UCO] conducted an investigation on the incident and found in favor of Bors. Adrienne Martinez, UCO Title IX Cooridator, declined to comment on the investigation and its findings.

The actual damage listed within Bors’ claims is anticipated to exceed $10,000.

For more information on this case there are documents available through online databases under the case number 5:18-cv-01235-R. Documents can also be requested at the Oklahoma Western District Court.