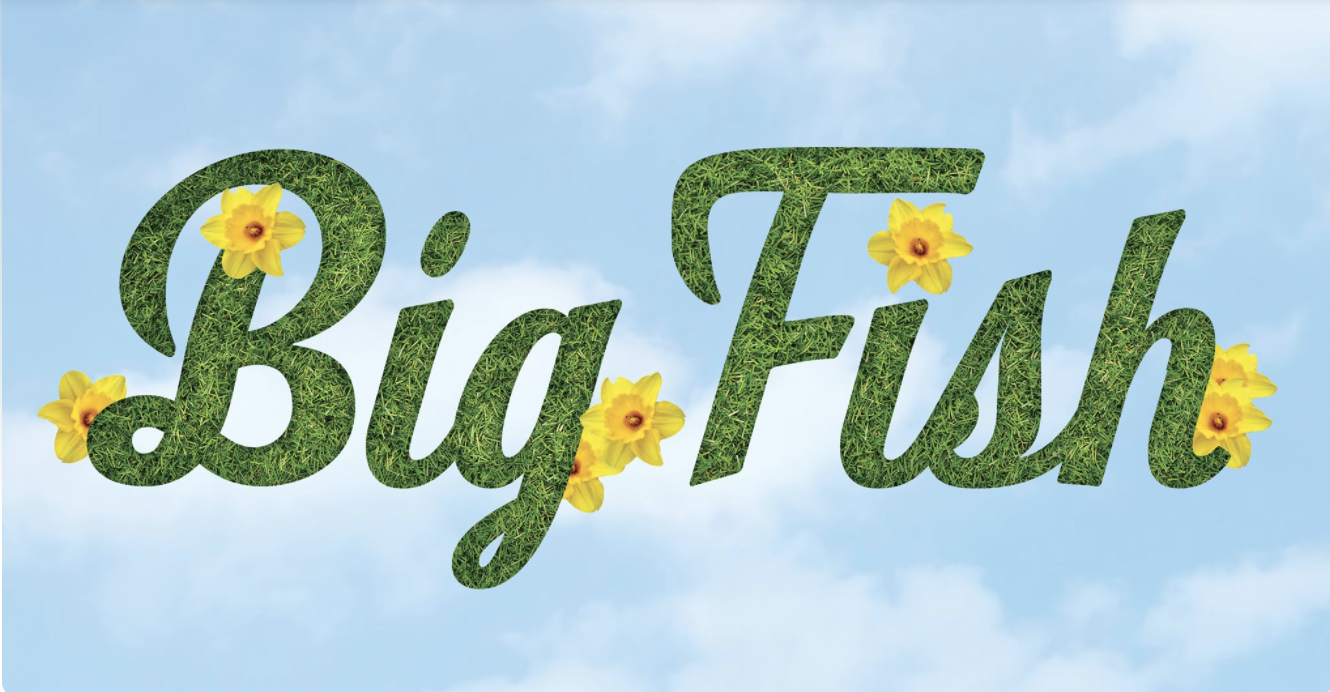 'Big Fish' a musical at the University of Central Oklahoma runs through Sept. 26 in the courtyard of the College of Fine Arts & Design House located at 302 E. Hurd Street, across the street from Mitchell Hall. Each performance is limited to only 30 audience members. (UCO Musical Theatre Social Media)

Musical Theatre students at the University of Central Oklahoma, are continuing to develop their acting and singing skills while adhering to UCO’s social distancing guidelines.

Kalyn Glover and Cara Chesney, senior theatre students, are happy to be back on stage to perform Big Fish after their spring performances were cancelled mid-production.

Big Fish, which runs through Saturday is the first performance of the fall semester, and is one of three small cast productions the musical theatre department is putting together this semester.

Kalyn Glover, who plays Josephine Bloom in Big Fish, has been a performer since she was a child, singing in school productions and in her church choir.

“I was always the kid that took it a little too seriously,” she said, “It was easy to develop those skills and things to go with the passion that I had my whole life.”

Glover said she was inspired to act and sing by the child stars she saw on Disney and in movies. She decided to get involved in school plays and musicals in her hometown of Choctaw.

Glover has gone from school performances to performing under a professional contract. Not many students perform professionally before graduating, but the experience has helped her expand her resume.

Throughout her time at UCO, Glover has grown as a performer and found what aspect of musical theatre fits her skills best.

“I think acting is my first love,” Glover said, “but what really brings my heart alive is doing theatre for children and for family audiences.”

Glover became more confident that she wants to pursue a career entertaining children after performing for young audiences during a summer production with a professional company.

With the pandemic causing instability and uncertainty, Glover is not sure what post-graduation will look like, but has plans to one day perform at Disney or in Chicago or New York.

When classes went virtual in the spring, Cara Chesney, who played Sandra Bloom, experienced the uncertainty of when she would be able to perform next after production was cancelled for Band Geeks, the show she was supposed to be in.

Chesney discovered her passion for performing in middle school, and had the opportunity to perform in community theater productions in Austin, Texas, before coming to UCO.

She was first drawn to performing because it allowed her to connect with people’s emotions. She performed in a production of The Diary of Anne Frank when she was 14, and that experience helped show her how the audience can resonate with a performer.

“It’s also about what the audience gets from the story that we’re telling,” Chesney said.

In 2019 Chesney participated in a 10-week summer workshop at the Stella Adler School of Acting in New York, and hopes to pursue acting in television or cinema in addition to musical theatre and live performance.

Chesney felt like she missed the experience of being live last semester, but has hope that this semester they will be able to creatively adjust to the new social distancing guidelines and create shows together.

“Coming back I think we were all just really excited to have the opportunity to even do a show at all,” she said.

In preparation for Big Fish, Chesney self-quarantined for two weeks, except for rehearsals. Despite the isolation and anxiety she felt leading up to the show, Chesney said that during rehearsals she felt a sense of normalcy.

“We have come up with really awesome, creative ways to still make art and still be safe and socially distanced,” she said.

For Big Fish, the cast blocked themselves in a way that the characters were never within six feet of each other, which made it more difficult to convey emotion.

Chesney came up with ways to show affection without touching, relying heavily on facial expressions, which can be seen through clear face masks, and body language. The physical limitations helped her think from her character’s perspective more, and in romantic scenes Chesney put more emphasis on her character’s emotions.

Both Glover and Chesney expressed their appreciation for the way the musical theatre department handled social distancing guidelines, adapting to outdoor classes and virtual dance and singing classes.

“Having the opportunity to create art again has made all of us feel very excited, and happy, and at home again,” said Chesney.

Big Fish runs through Saturday, Sept. 26 in the courtyard of the College of Fine Arts & Design House located at 302 E. Hurd Street, across the street from Mitchell Hall. Each performance is limited to only 30 audience members.

The show will also be live streamed on Friday, Sept. 25 for $15. To purchase tickets for in person performances or access to the livestream, visit https://www.uco.edu/cfad/mitchell-hall/tickets.