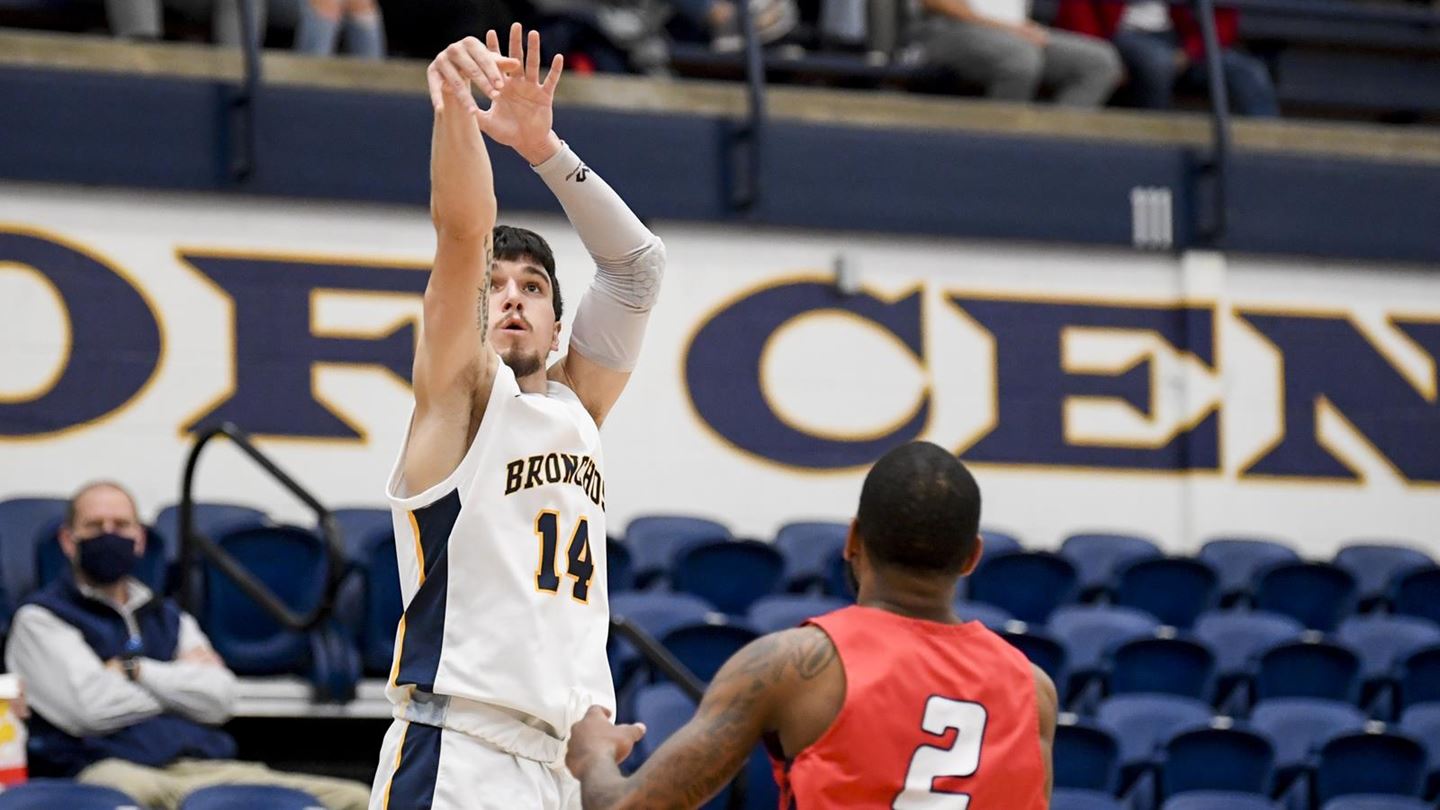 The University of Central Oklahoma men’s basketball fell to the Rogers State Hillcats 87-80 Wednesday afternoon to give the Bronchos their third-straight loss.

The loss dropped the Bronchos record to 10-10 on the season.

“They hit some big shots down the stretch and found a way,” UCO head coach Bob Hoffman said. “We played well but not well enough. We need to move on from this and try to break out of this little slump so we can focus on the last two games here.”

Central led for much of the game. They led for 32 minutes, and Rogers State only led for six.

Callen Haydon led the Bronchos in scoring with a season-high 32 points. He went 10-for-17 from the field, 4-for-6 from behind the arc, and 8-for-9 from the free-throw line. Haydon added three assists and two steals.

The Hillcats scored the opening basket, but a Cam Givens 3-pointer capped off an 11-2 run for the Bronchos to make the score 11-4.

Later in the first half, Shemar Smith and Haydon hit 3-pointers to give Central a nine-point lead at 22-13, which would be their biggest lead of the game.

Haydon hit a buzzer-beater at the halftime buzzer to give the Bronchos a 38-32 lead.

Central was able to hold the lead all the way until a 3-pointer by Brewster Peacock gave the Hillcats a 68-66 lead with 5:02 left in the game, and the Bronchos were never able to retain the lead after that.

Another 3-pointer by Peacock gave Rogers State a seven-point lead with 2:14 remaining, and Central was unable to recover.

Smith had eight points off the bench, and Davon Richardson scored seven points, along with four rebounds.