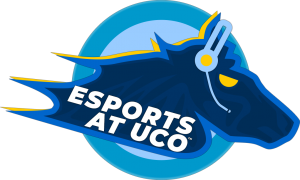 Esports thrived in a world where sports were shut down for months. NASCAR drivers raced virtually from their homes for millions of viewers. NFL and NBA players took to the virtual field and court competing in Madden and NBA2k. Right now, gaming and esports in general have never been so popular.

The story is much the same here at UCO as the Bronchos Esports team opens their new CO-OP Esports and Gaming Arena located in the old Thompson’s Bookstore at 101 N. University Drive. The new arena was set to open this spring, but due to COVID-19 it was pushed to last week.

Business hours run from 5 p.m.to midnight Monday through Thursday, Fridays 5 p.m. to 1 a.m., and Saturdays and Sundays 2 p.m. to midnight.

The gaming arena allows UCO Esports to host local and even regional tournaments. The CO-OP is also fitted with streaming capabilities allowing the Bronchos Esports team to stream those tournaments for their viewers. UCO Esports President Ty Wallace, also known as Halt, said that the Esports team is currently in the works to host a Rocket League tournament in the future, but nothing is set in stone right now.

According to the teams press release, the arena has 48 high-end PC gaming stations, two virtual reality booths, five Nintendo Switch consoles, and popular board and tabletop games. Although Wallace mentioned that due to COVID-19, the tabletop and board game area is closed.

Students, faculty, and staff may game at the CO-OP for $5 an hour, but if you live on campus you get 15 free hours of gameplay. Mention that you are a resident at UCO while you’re signing up to get those hours added to your account. Wallace also said that all students need their UCO ID to sign up.

For those non-UCO students who are looking to game at the new arena the hourly rate is $7 an hour.

Overwatch, Rocket League, Call of Duty, League of Legends, Apex Legends, Fortnite, and much more are available. Wallace said that they are adding more games in the future. At-home gamers will be able to sign into their  accounts like Steam and Blizzard. This will allow players to use their personal accounts while playing instead of making a new one.

Visitors will be required to wear face masks and social distance, as well as wipe down the equipment before leaving.

UCO Esports is  one of the biggest clubs on campus, and with the new arena opening they have no plans on slowing down. Follow the Esports team on Twitter @UCOEsports or @COOPGamingArena for updates on tournaments and activities in the arena. UCO Esports President Ty Wallace can be followed on twitter @HALTexeGaming Arena Hours & Prices