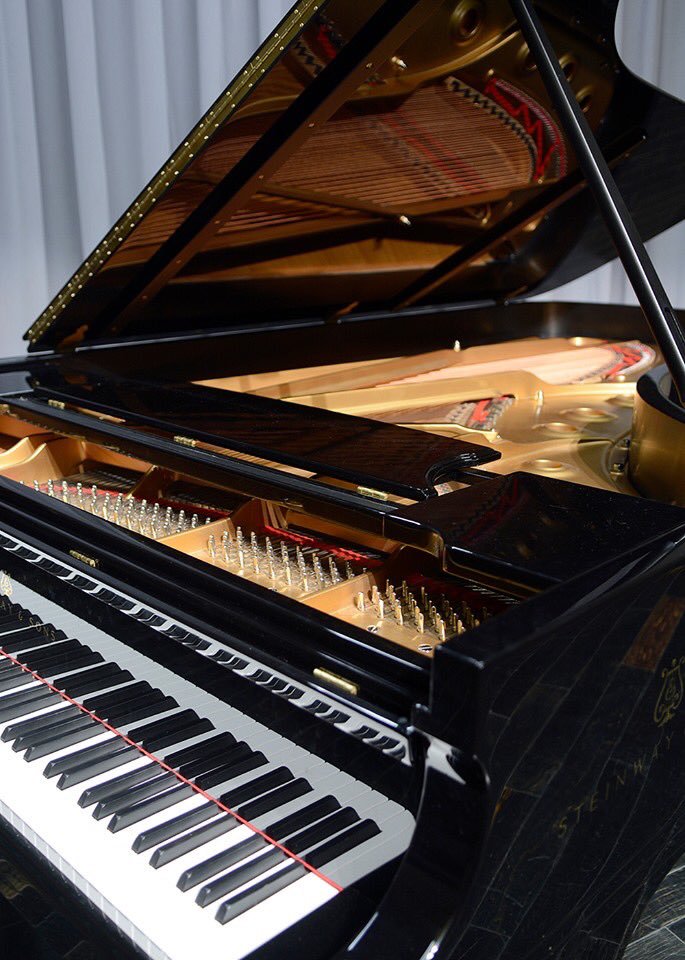 The University of Central Oklahoma became an All-Steinway School Aug. 8 by raising enough funds to have a 91 percentage of Steinway pianos on campus.

“There’s a great deal of prestige that goes along with being an All-Steinway School,” said Steven Hansen, dean of the College of Fine Arts and Design.

The 51 Steinway & Sons pianos that UCO owns are enough to meet the criteria or percentage of Steinway pianos at a higher education institution to gain the title, according to Steven Akins, CFAD marketing and communications director. To be recognized as an All-Steinway School, 90 percent of the pianos a conservatory, college or university own must be a Steinway & Sons affiliated brand.

Caleb Bendull, piano technician for CFAD, said each piano brand is different in its own way, however, Steinway & Sons revolutionized the piano.

“[Steinway & Sons] came along and took the pianos of their era, tweaked them a little bit and it was the right equation, and lots of people fell in love with it…fantastic pianos through and through,” Bendull said.

No one knows exactly what it is about Steinways that makes them the way they are, but no matter what year a Steinway was built in, as soon as it’s played, “you can hear that it’s a Steinway,” Bendull said.

“The majority of the money came from fundraising; right at the end I was able to procure additional funds from [former UCO] President [Don] Betz,” Hansen said.

Betz diverted approximately $37,000 to go toward the completion of the college’s fundraising efforts at the end of his presidency.

Akins said UCO owned approximately 14 Steinway pianos before fundraising to become an All-Steinway School began. By 2006, the college was able to purchase 33 pianos, and by last year purchased four more with $137,000 raised.

As of August, the college met its goal of raising $753,764 for the additional Steinway pianos.

Steinways are built in New York and are then shipped to authorized dealers nationwide to be delivered to locations.

“Edmond Music is our Oklahoma Steinway authorized dealership, so we purchase our pianos from [them],” Hansen said.

UCO has 21 different Steinway piano models, including six Studio Grand Model O’s and four Concert Grand Model D’s Some of the other pianos in the 51 total includes 30 different Boston piano models, such as five Boston GP-178’s and 16 Boston UP118-S’s.

The Boston pianos are a brand made by Steinway & Sons, associating them with the Steinway family.

The prices for each piano vary. Akins said UCO paid $69,972 for one Studio Grand Model O, while three Boston Grands cost $67,032 for the university.

Steinway & Sons’ most expensive piano is the Concert Grand Model D at approximately $164,000. One of UCO’s Model D pianos resides in the Radke Fine Arts Theatre in the Center for Transformative Learning.

Before the first Steinway was brought to UCO in 1999, the college had various other piano brands for students to use, such as Yamaha, Baldwin and Kawai, according to Akins.

“Some of them wore out, some were traded in [for] new Steinways or Bostons and some were donated to other locations on campus,” Akins said.

Before fundraising began, Hansen said the pianos UCO had were in “sorry shape” and Bendull, who tunes pianos to ensure they are one uniformed body, agreed.

“Most people who perform professionally perform on Steinway pianos, so there’s a great advantage in practicing and learning on the kind of piano that you’re going to be performing on,” Hansen said.

Hansen gave the analogy of people who prefer Mac computers over PC computers to pianists who practice on pianos that are not Steinways until they perform to show the significance of using specific software or instrument routinely in their field.

“It would be like asking a designer who does everything in InDesign to use Word to design something and they can’t do it, so for people who are professional musicians having the quality, the touch and feel of a Steinway is supposedly different,” Hansen said.

Bendull said he agreed, as the sound of a Steinway is unique.

“Steinways have a way of bringing out different aspects of music to each individual,” Bendull said. “It’s the most subtle little thing, but every person has a different experience.”

Bendull said some pianists have told him they sound better when they play on a Steinway or have more confidence.

To celebrate becoming an All-Steinway School, Hansen said UCO will have special performances in the Radke Fine Arts Theatre in November.

“The All-Steinway School designation is pivotal because once [students] get here, they get to experience really fine instruments,” Bendull said. “With that appeal, we can get more people here and once we get more people here, the music department can continue to grow.”