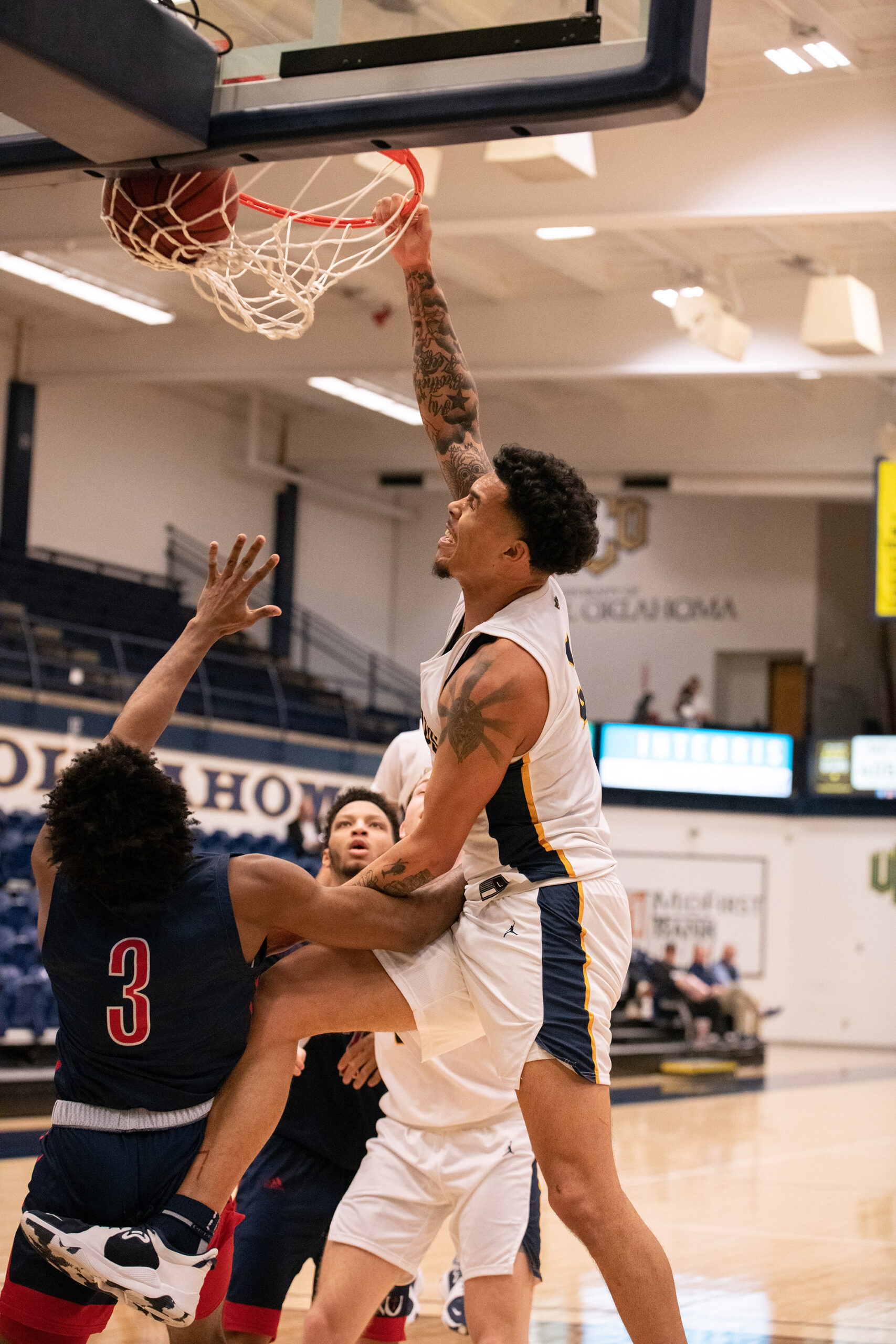 The Lady Bronchos beat the Hornets 74-71, claiming their first win at Emporia since the 1990s.

“It’s always exciting to beat a team like that, but when it hasn’t been done in so long on their home court, that definitely makes it more special, especially at a time when we were really needing a win,” Kelsey Johnson said.

Johnson led the team with a total of 20 points and 11 rebounds. Johnson is a senior forward and is known for being a positive leader on the team. She scored 20 points on 8 of 12 shots. She was also 4-for-5 from the free-throw line.

Right behind Johnson was redshirt freshman Taylor Dement with 15 points, including 3-for-3 from the free-throw line. Freshman Caley Young also added ten more points to the board.

The Bronchos stayed on top for the majority of the first quarter, but finished the quarter trailing ESU 17-16. After the break, the Bronchos scored the first nine points of the second quarter, sending them to the lead at 25-17.

UCO outscored the Hornets 24-19 in the second period, giving them a lead of 16 points going into halftime. The Bronchos were hot from the free-throw line going 9 for 9 in the third quarter sending them into the fourth with a score of 63-52. UCO held the double digit lead for majority of the last quarter but did give up an 8-0 run to the hornets, but nonetheless they preserved and took home a huge win.

“This team is so special because of the bond we have. Everyone gets so excited for our teammates and we really celebrate one another’s successes,” said Johnson.

The men of UCO also brought home a win with a second half comeback, beating the Hornets 88-83.

Isaiah Wade, senior forward, led No. 9 UCO Thursday night with 23 points and 15 rebounds. Wade was 10-for-17 from the floor with one 3-pointer, and he went 2-for-2 from the free-throw line.

Callen Haydon, junior guard, scored 15 points to go with nine assists. He went 5-for-12 from the floor and hit a record three 3-pointers. Haydon also made his way to the Top 10 in the country for assists, with 106 so far this season.

The Bronchos and Hornets went back and forth the entire first half; the Bronchos trailed 41-45 going into halftime.

Right after the half, the Bronchos began to fall behind while Emporia took a ten point lead. The Hornets kept their strong lead with only 11 minutes left until the Bronchos executed a powerful 7-0 run, reaching a score of 66-63 with nine minutes to play.

It was Wade’s 9-2 run in the last minutes of the game that gave the Bronchos the lead. UCO didn’t trail again after he put them up with 5:20 to play in the game.

You can catch both the men’s and women’s basketball teams at their next home game on Thursday against Nebraska Kearney.