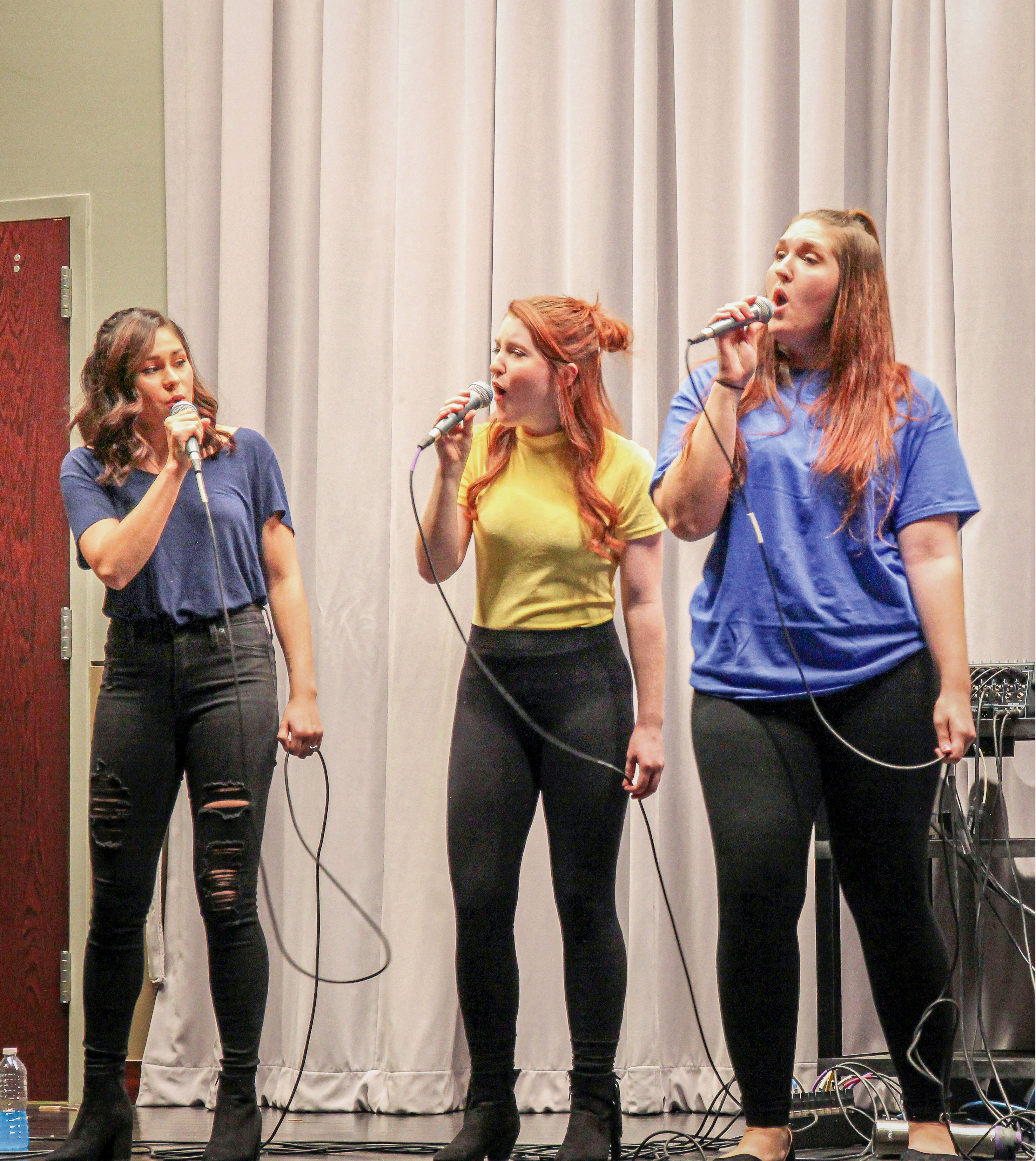 “For this concert specifically, we prepared some pop tunes, funk tunes, there is a video game song, the ‘Mii Channel Theme’ too,” said Keegan Rose, president of the group.

Curtis Diaz, who sings bass for the group, said The Accidentals like to interpret pop broadly.

“With the internet, popular culture is getting wider and conglomerating, so it leaves us a lot of room to interpret,” Diaz said. “Every single song we are doing, someone in the audience has heard it when we perform.”

In addition to the “Mii Channel Theme,” the group performed pop tunes like Bruno Mars’ “Uptown Funk,” Michael Jackson’s “Smooth Criminal” and “Run to You” by Pentatonix.

“Voctave actually came and worked with us and a barbershop quartet that a couple of us are in,” Rose said. “One of their guys is the lead from Main Street, so if you know barbershop music, he is the guy.”

Pauly Allsbrook, who used to dance for UCO Pom, said she appreciates the variety that their influence brings and wanted to be involved on campus after she finished dancing.

“It was nice having their influence because we always hear about the groups that are very pop centered, but Voctave does a lot of Disney and almost classical music theater type music, so it was cool to blend both influences,” Allsbrook said.

The acapella group was started in the spring of 2017 by Danny Etherington.

“Last year Danny had put up flyers about the group – Danny was the founder of the group – and I just decided to try it, because I like music a lot and it’s still performance,” Allsbrook said.

“I knew a lot of people who had an interest and passion for acapella music, and at the time there really wasn’t a resource for that on the main campus, so I wanted to create that opportunity for those who were interested,” Etherington said.

Etherington said the group’s name, The Accidentals, was chosen collectively by the members.

“I wanted to make sure that every decision that was made was a group decision, so when we were trying to think of a name, I just let everyone submit ideas,” Etherington said. “The Accidentals is what we went with and that’s what has stuck.”

According to Rose, the group meets collectively once per week, then in sectionals (soprano, alto, tenor and bass) once per week for a total of two hours a week.

“We try to hold auditions in the spring and the group is open to all majors,” Rose said. “We do open auditions and are looking to be involved in more things on campus.”

Recently, the group performed at one of the UCO hockey games and last month sang at the 9/11 Day of Remembrance on campus.

“That was something I wanted to push, was us being more involved with the UCO community, especially since we are an official organization now,” Rose said. “We started out the year doing the student involvement fair and had like 30 sign up to audition for us, which is more than we ever had.”

A collective goal for the group is to become the UCO Acapella Foundation and compete in the International Championship of Collegiate Acapella (ICCA).

“We’re taking baby steps by planting some acorns and hoping they’ll grow into some trees later on,” Diaz said.