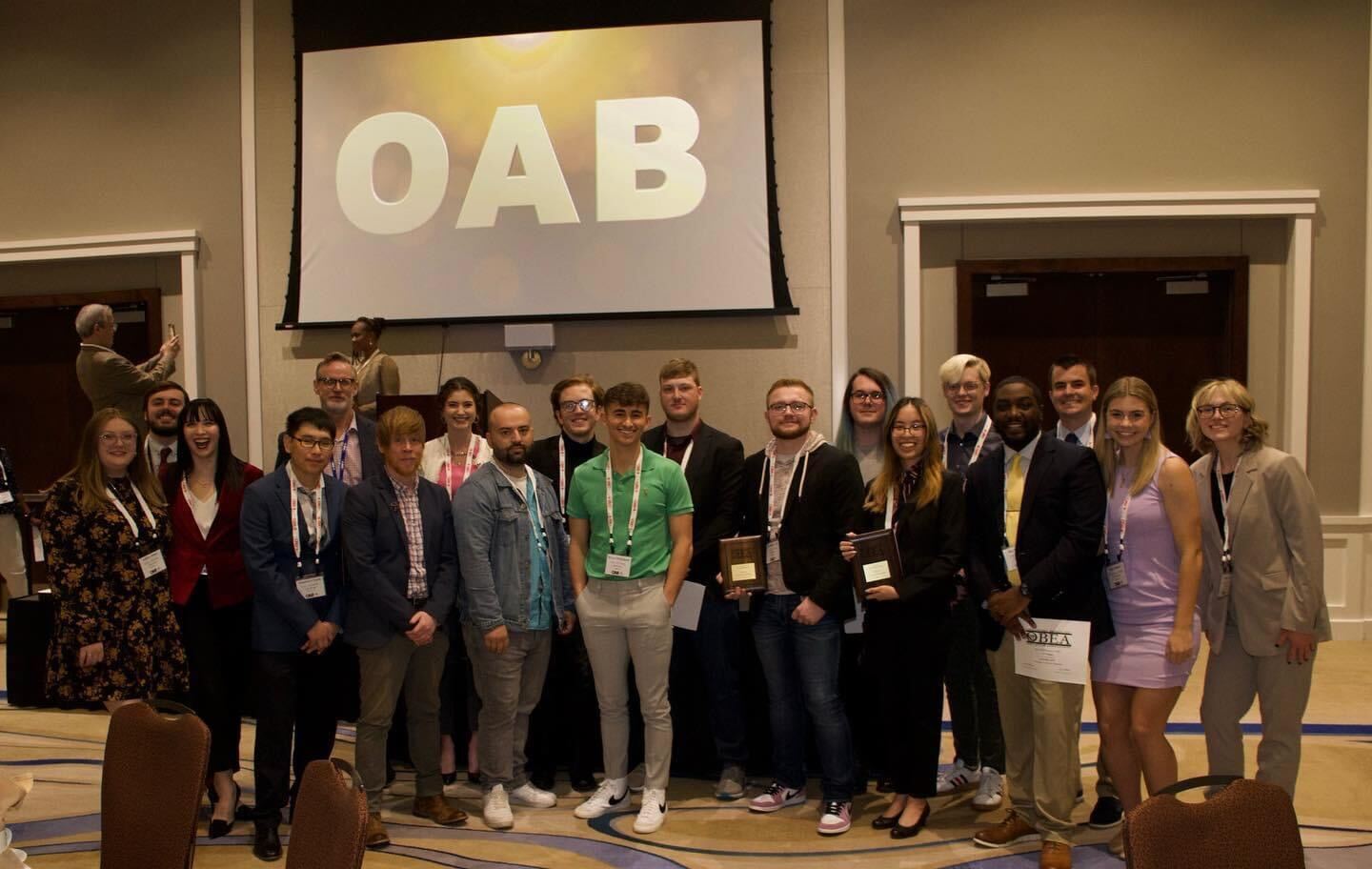 UCO walked away from March 25’s Oklahoma Broadcast Education Association awards ceremony in Tulsa having received a total of 26 awards, plus one student received a scholarship.

“Receiving this scholarship means a lot,” Jones said. “It shows me that people are really paying attention to what I do, and seeing and appreciating the work I put in. It gives me hope for my career in the future and I couldn’t be more excited.”

Dylan Stieber won an award for the Hard News Category with the submission of “Sexual Harrasment Allegations.” a story about a Title IX case involving seven plaintiffs who alleged sexual harassment in the UCO Theatre Department. Six of the women were former UCO theater students, who allege that associate professor Kato Buss sexually harrased them. A UCO professor also claims her job was threatened by the university.

“It was a pretty big investigative piece where I looked through hundreds of pages of court documents,” Stieber said. “The civil case is still ongoing in federal court.

“The awards I received meant a lot to me,” Steiber said. “The awards highlight all of our hard work, whether that be for the student newscasts or class work. To have our work be critiqued and awarded by professionals is a very special experience.”

Tyler Whitehead was the recipient of multiple awards at the banquet, one of them being a second place finish for his podcast, “The Other Side of the Closet.”

“The award means very much to me,” Whitehead said. “I never would have thought my podcast would ever be recognized in the state of Oklahoma. It definitely gave me motivation to keep working on the podcast and speak about topics and issues related to the queer community.”

The event gave students from around the state the opportunity to network with several different broadcast stations.

“It was awesome to network with other stations and companies who are looking for the next generation of journalists,” Whitehead said.

“The whole convention was a very good networking platform,” Jones said. “I got to speak with real professionals and ask them really anything I wanted, and I haven’t had the opportunity to do that before.”