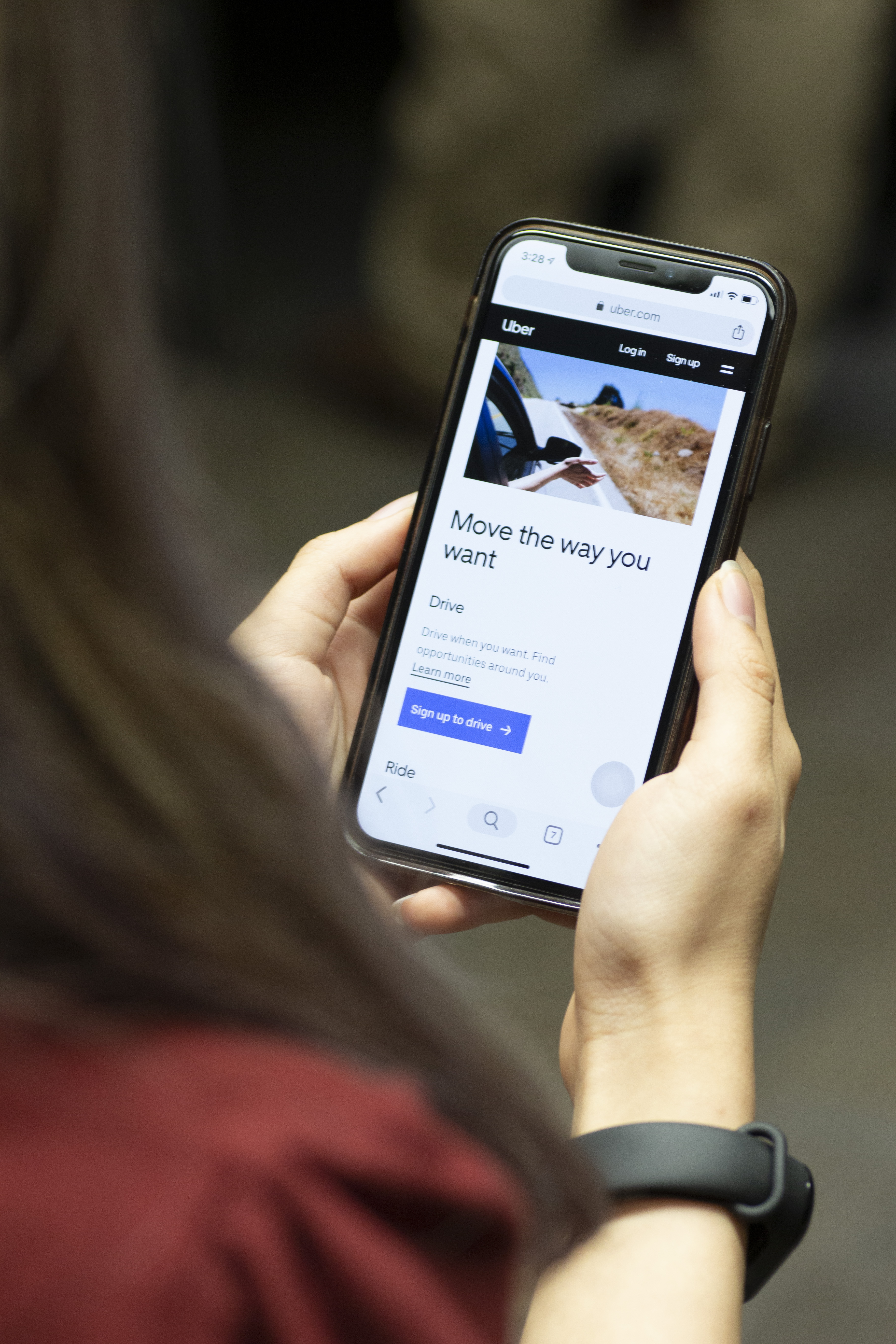 Uber’s “Check Your Ride” campaign is ramping up following the slaying of a University of South Carolina student who got into a car she thought belonged to her Uber driver. (Tanner Laws/ Photo Illustration)

The ride-hailing company Uber is ramping up their “Check Your Ride” campaign this spring to ensure both riders’ and drivers’ safety. The response comes after scrutiny following the March 29 slaying of University of South Carolina student Samantha Josephson who mistakenly got into a car she thought was her Uber.

In the coming weeks, Uber said it will be launching new preventative education efforts, which include sending push notifications during pickup to remind riders of the “Check Your Ride” steps. The steps say to first match the license plate number, then match the make and model of the car. Finally, check the drivers’ photo to ensure they are who they claim to be.

Every time you take an Uber trip, make sure you’re getting into the right car with the right driver by opening your app and completing 3 safety pick-up steps:
✓ Match the license plate number
✓ Match the car make and model
✓ Check the driver’s photohttps://t.co/T12VB6lAwd pic.twitter.com/O12npgaO9J

University of Central Oklahoma student Mikayla Johnson said verifying who the driver is, as well as who they are there to pick up is always necessary.

“It’s easy to get in the wrong car, especially in a busy part of town,” Johnson said. “During spring break, a friend and I opened the back door of a sedan that was the exact color and model of the car that was supposed to pick us up. It was actually a man waiting to pick up a family member. We all had a laugh, but there’s no telling what could have happened if the guy tried to act like he was there to pick us up.”

Uber is spreading awareness by purchasing ads in college papers with a “Check Your Ride PSA,” and promoting an in-app Safety Center to all riders in the US.

Tyler Coffman, an Uber driver since 2015, said an important part of driver safety is remembering that “No” is an option.

“If you pull up and see something you’re uncomfortable with or get a weird vibe from, just cancel and drive off,” Coffman said. “If ending a ride early is best, pull over to a public place, get out and inform them the ride is done and to get a different Uber.”

Coffman said ending a ride early is something he has yet to do, but having that plan of action gives him peace of mind on the job.