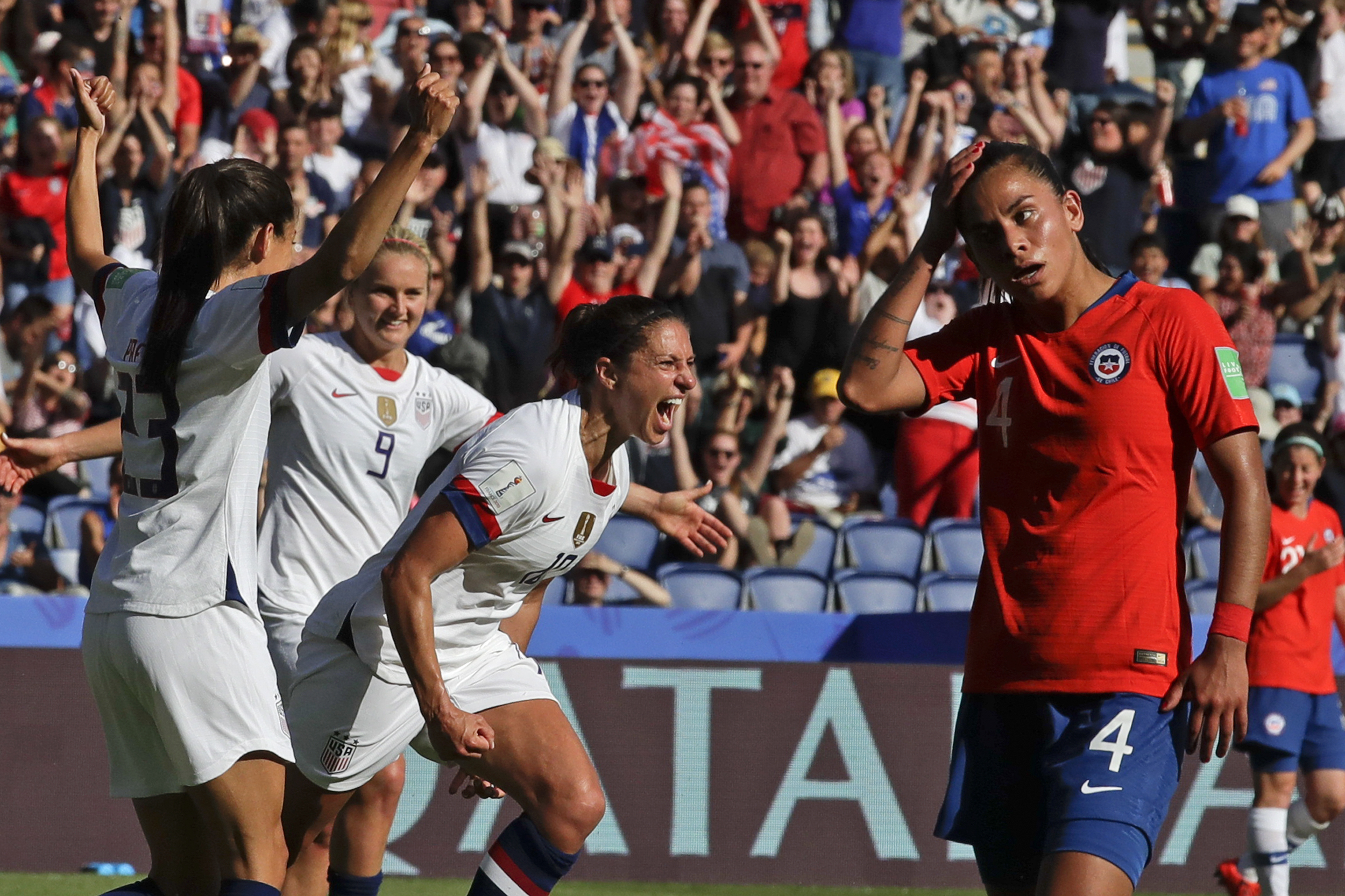 U.S. Women’s National Team Off to a Hot Start

The USWNT rolled through their first contest against Thailand, winning by a record-breaking 13-0. They also kept Chile scoreless, winning 3-0 on Sunday. All three points came in the first 35 minutes of the contest.

Carli Lloyd started the scoring off early on Sunday with a goal at the 11-minute mark. Julie Ertz scored a goal of her own at the 26-minute mark, and Lloyds second came at the 35-minute mark.

In Tuesday’s game, the team started with six players lined up at midfield as they looked to prove why they are the No. 1 ranked team in the world.

Alex Morgan started the scoring off early for the USWNT with a goal 12 minutes into the game. Following shortly after Morgan’s goal were midfielders Rose Lavelle and Lindsey Horan with a goal each, one at the 20-minute mark and another at the 32-minute mark, putting the U.S. up 3-0 to end the first half.

This one counts! @AlexMorgan13 scores her 4th career #FIFAWWC goal to give the U.S. the early lead on a @Kelleymohara assist. 🇺🇸 pic.twitter.com/hiCgNcLYbr

The U.S. would go on to score a record setting 10 goals in the second half. Morgan recorded five more goals, tying the single-game scoring record set by Michelle Akers in 1991.

Morgan and the USWNT set the record for margin of victory in a World Cup game at 13, breaking the previous record set by Germany in 2007.

Despite breaking records, the team has faced criticism over the victory, being called ruthless, relentless and unsportsmanlike.

“This is a world championship, so every team here has been fantastic to get to this point,” said coach Jill Ellis. “I think that to be respectful is to play hard against opponents, and as Alex said, it’s a tournament where goal differential is important.”

The USWNT will finish off their group play on June 20 against Sweden at 2:00 p.m.