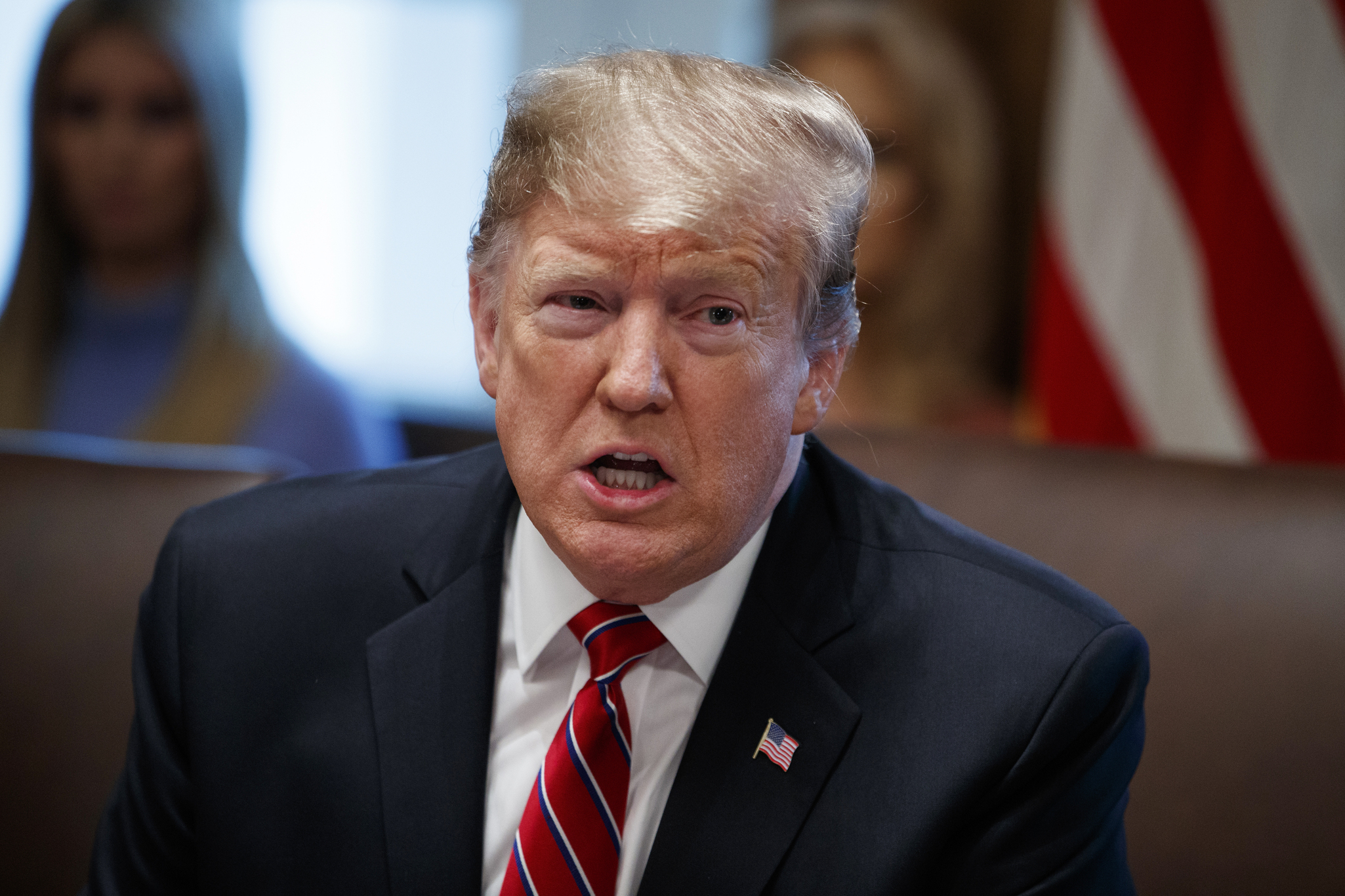 President Donald Trump speaks during a cabinet meeting at the White House in Washington. The Senate resoundingly approved a border security compromise Thursday that ignores most of President Donald Trump’s demands for building a wall with Mexico but would prevent a new government shutdown. (AP Photo/Evan Vucci)

The spending bill that’s been passed has roughly $24 billion in it, $22.5 billion of which goes to Homeland Security and $1.4 billion for a 55-mile-long physical barrier along the southern border, in the Rio Grande Valley of Texas.

After signing the spending bill President Trump then declared a national emergency at the southern border to get even more funding for the wall.

“I could do the wall over a longer period of time,” Trump said. “I didn’t need to do this, but I’d rather do it much faster.”

The president’s decision to declare this national emergency has sparked controversy and questions of its legality.

Protests planned across US on Presidents Day in response to Trump’s national emergency for border wall https://t.co/MDK3udo1eb

Dr. Louis Furmanski, UCO Professor and Chair of Department of Political Science, does not agree with the president’s decision and finds it unconstitutional.

“No Money shall be drawn from the Treasury, but in Consequence of Appropriations made by Law,” Dr. Furmanski quoted from the constitution. “What Trump is doing undermines the constitutional powers of Congress. So, yes, I regard what Trump has done as being unconstitutional, and thus an impeachable offense. ”

On the other side of the coin there are people that are defending the president’s decision. Senior policy adviser Stephen Miller defended President Trump’s national emergency declaration.

“If the president can’t defend this country, then he cannot fulfill his constitutional oath of office,” Miller said. “This would not be even an issue if the president was invoking that statute to support some foreign adventure overseas.”

Local citizen of Oklahoma, Kade McAlvain, a wind turbine technician, said he is torn at the situation that the president has made.

“The two main jobs our federal government has is to abide by the constitution and protect our borders,” McAlvain said. ” What the president has done here is protecting our borders, but it’s potentially unconstitutional. I don’t want the next president coming in thinking they can declare national emergencies just to pass laws that they personally see fit.”