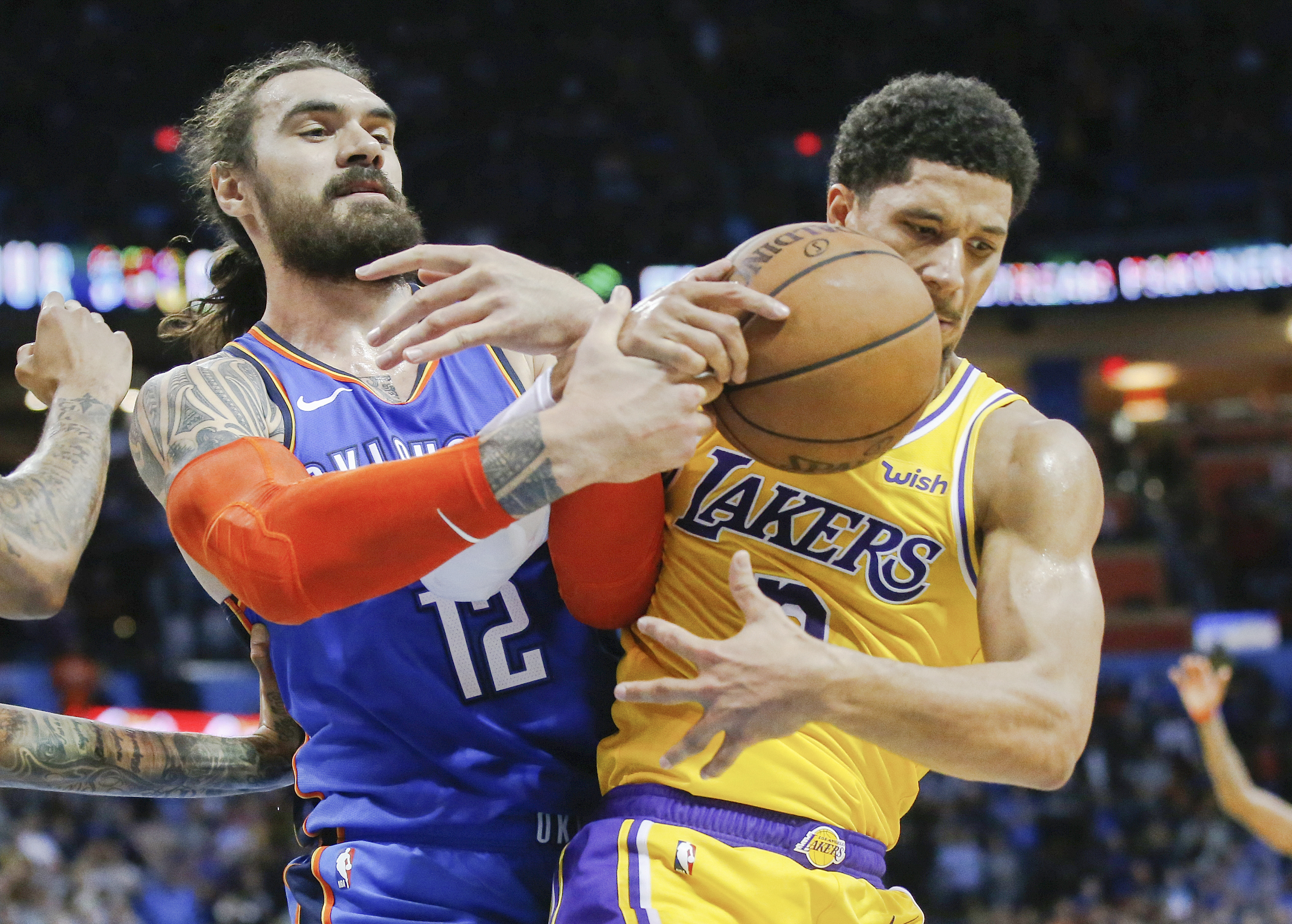 The Oklahoma City Thunder have now dropped five of their last six games, and have to figure out their struggles before a tough stretch of games.

After a white hot start, including a short stint as the number one team in the Western Conference, Oklahoma City has now lost several need-to-win games for a contending team. The Thunder have now dropped games to the Lebron-less Lakers, the struggling Atlanta Hawks by a 16 point deficit and the below average Wizards.

The Thunder’s struggles are largely attributed to their defensive drop-off. Over the last six, the Thunder are allowing an average of 130 points per game. Needless to say, thats not ideal.

Offensively, the Thunder are hitting their stride. Terrance Ferguson and Patrick Patterson are a large part of the offensive surge, with both gaining confidence in their shooting ability.

Ferguson’s shooting has been a huge offensive boost for the Thunder, averting just shy of 14 points in his last five games. Patterson has had an efficient stretch of games, and has become the three and D player the Thunder had hoped to acquire over the last couple of games.

Defensively, the Thunder are a shadow of their former number one ranked self. In just a matter of games, OKC has plummeted from the number one ranking to number eight. Russell Westbrook and Paul George are still leading the league in steals, but the defense overall has been inexcusable.

The Thunder have got to find a way to get their defensive energy back, and Westbrook has to find his rhythm before the Thunder can begin to think about contention again. A couple losses here and there seem minimal at first, but a string of terrible losses to terrible teams can have a long-term effect on a season. If Oklahoma City doesn’t figure it out soon, it could turn into last season sooner rather than later.

Westbrook is averaging the most assists per game in the league at 10.7 per game, and a position-high 10.6 rebounds, but his shooting has been some of the worst of his career. He is shooting his worst field goal percentage since his second year in the league, and his worst from beyond the arc since that same year.

One bright spot for the Thunder in this bad stretch of games has been Paul George. He has yet to give up on his MVP campaign and is averaging 26.6 points, 2.3 steals and 8.1 rebounds per game, all career bests.

The Thunder now look to bounce back in Philadelphia, and beat a solid 76ers, who are on a 3-game win streak.