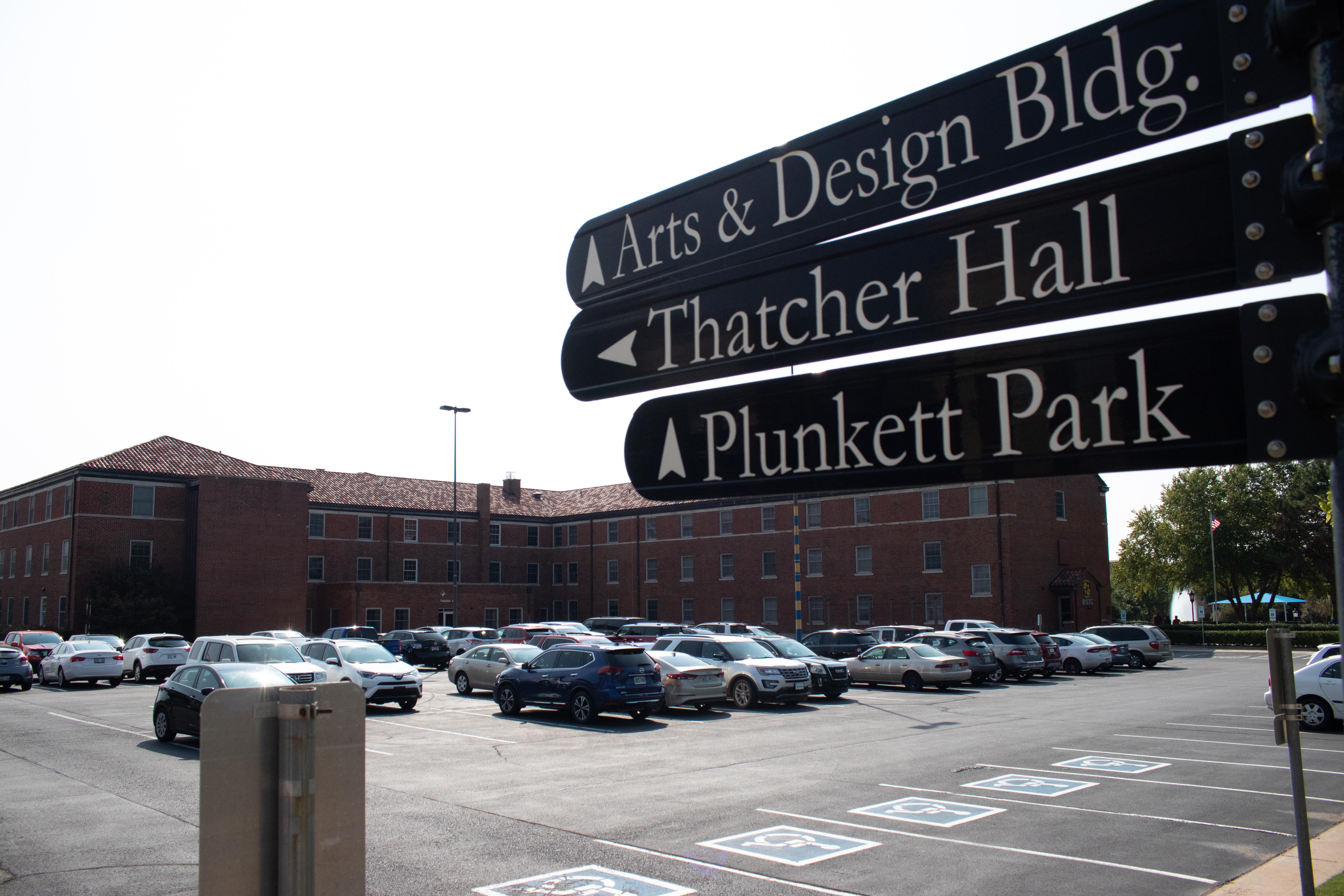 The investigation of stolen items from Thatcher Hall on the University of Central Oklahoma campus is still underway as of Monday, Oct. 7. Former UCO employee Renda Elaina Walter was accused of selling the items online and has not been located as of Oct. 2.

“Our police are still investigating, which includes compiling a complete list of the items stolen,” said Adrienne Nobles, assistant vice president for Communications at UCO.

One professor in Thatcher, located between the Center for Transformative Learning and the Nigh University Center, said her vacuum was missing. Other items were potentially sold by Walter on Facebook Marketplace, a shop icon on the social media application that allows people to buy and sell items. These items include cleaning devices, such as a Swiffer Wet Jet; and school supplies and furniture, such as a wooden mailbox and desks.

Walter was employed for about a year as a College of Business administrative assistant who managed the accounting, finance and legal studies departments. Her office was in Thatcher, where she was a building captain, a responsibility that includes having key access to all College of Business offices.

An affidavit for a search warrant was issued Sept. 25 by an Oklahoma County district judge to go through Walter’s Facebook messages and Marketplace usage to press possible embezzlement and violation of the Oklahoma Computer Crimes Act charges.

A UCO police detective was notified Sept. 13 by a university employee that there was a possible larceny happening in Thatcher after the employee had noticed items were disappearing from offices. The same employee told the detective she was on Facebook Marketplace and saw items that looked like the ones missing from Thatcher.

The items the employee saw was listed for sale by a Facebook user with the name Elaina B Walter. UCO police went to Thatcher to search the offices and found items that looked to still be for sale on Facebook Marketplace.

One of the items they found was a desk in Walter’s office. A UCO police dispatcher sent a message to the Elaina B Walter Facebook user asking if an item was still for sale and the user confirmed it was, saying the pick-up would be at her office site on UCO’s campus.

Walter was confronted at her office on campus by the UCO detective who asked if she knew who the Facebook account belonged to. Walter said it was her account, but she had not been active on it for more than a month.

Walter also said she did not respond to the message the dispatcher sent. She said she was given permission by some College of Business employees to sell some items, but later retracted that statement.

Walter confirmed to police she took photos of the items on her phone and then uploaded them to Facebook Marketplace. She also said she met with buyers on and off campus to give them the items listed.

On Oct. 1, an email from Facebook was recovered from the warrant. The email said the email usernames belonging to the account of Elaina B Walter were invalid and that if the police wanted to pursue the matter further, they would have to issue a new records request at www.facebook.com/records with the correct account information.

With the case still ongoing, the Vista is not allowed to disclose any names of the people involved with the investigation because no formal charges have been filed from the District Attorney’s Office.