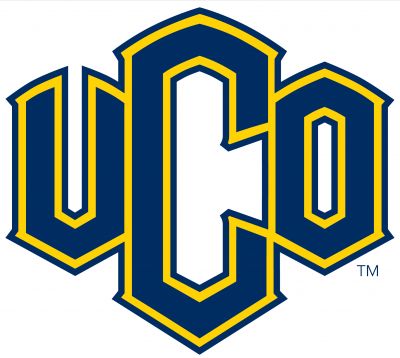 The office of Sustainability was not included in the 2021-2022 budget for student affairs, after enrollment decline (Provided/Centralities).

The Office of Sustainability’s budget cut

The University of Central Oklahoma will not include the Office of Sustainability in the 2021-2022 budget for Student Affairs.

The elimination comes after a decline in enrollment throughout the last five years—researched in a 2019 UCO Enrollment Statistics and Demographics report—then mounted with the repercussions of COVID-19. Some attribute the lack of first-year students and increase of transfer students to this decline. According to the National Student Clearinghouse, research indicates that “more than 350,000 community college students transferred to another institution without a degree.” The idea is that as more students earn “university core” credits at less expensive institutions, the revenue from student tuition significantly decreases; thus, requiring budget cuts.

The Office of Sustainability accounted for various environmental efforts across campus like composting, recycling and waste management. According to the Office’s webpage, through a partnership with Edmond Electric, “UCO sources 100% of its energy from wind power.” These initiatives aided in monetary saving and limiting the university’s carbon footprint.

“[There are] sustainability incentives that the majority of us believe in, and not only because it’s good for our health—and the planet’s health—but it’s also a cost-saving measure,” associate professor Katrina Lacher said.

Lacher received a doctoral degree at the University of Oklahoma before becoming the chair of history and geography and director of sustainability studies minor at UCO. She says campaigns to reduce paper usage, and all “gaps we’ve come to assume,” seem like a “no-brainer” to keep in a time of financial uncertainty.

“Composting being taken care of, recycling, all those great events,” Lacher said. “I don’t think people on campus realize how much that office does.”

However, this is not the first monetary cut being made, and conversations behind-the-scenes anticipated more eliminations to both Student and Academic Affairs.

“We were in conversation all year (about) what faculty lines might not be renewed, and the belt-tightening of our budgets,” Lacher said. “So, I guess I wasn’t terribly surprised… I just didn’t think the Officer of Sustainability would be one of those offices because they do so much. I think we’re really going to feel it this year.”

Apart from sustainability efforts on campus, the office also partnered with the sustainability studies minor program to provide hands-on learning opportunities for students. Former Director of the Office of Sustainability Eric Hemphill led the internship program and other programs; and, students and staff say he was crucial to the office.

“It was nice to work with people who care about the planet as much as I do. It was good to have a network of other students and faculty who want to make a difference,” biology student Zane Hendricks said.

Hendricks, 22, was interning with the office for the first time when he heard the disappointing news. He managed the composting site on campus, in partnership with Fertile Ground, and tabled at the Local Food Summit where he encouraged biodiversity conservation. He said while his favorite resource on campus was the composting site, the new water fountains—lobbied by Hemphill— was one of the most notable developments.

The composting subscription to Fertile Ground was cancelled after the decision. As for the partnerships with Edmond Electric, Johnson Controls, and CityLink Kay Robinson, senior director of student and community engagement, says other departments might potentially “pick up some of the sustainability efforts.”

“Nothing is set in stone, however, there is an active and purposeful desire to keep sustainability efforts at the forefront on campus,” Robinson said. “The partnerships with [the metro companies] I’m sure will continue from Administration and Finance via the Physical Plant, and Transportation and Parking.”

However, issues can arise from departments with overwhelming workloads.

“What I fear is those partnerships will then be put onto other offices where people are now going to have to do even more work,” Lacher said. “Which is kind of what happens everywhere: if an office is eliminated, their work doesn’t go away, it just gets redistributed to already stressed people.”

Robinson says the elimination of the Office of Sustainability was “a purely budgetary and mission priority decision.”

Lacher said she spent a lot of time feeling angry over the decision, but as an optimist decided to act proactively.

“The future of sustainability at UCO, and in higher education, is a must. To me, it’s something that university administrations are going to have to come to terms with in one way or another,” Lacher said. “Both because of the financial aspects that sustainability helps with—but also student interests. These are topics and issues that are critically important to students.”