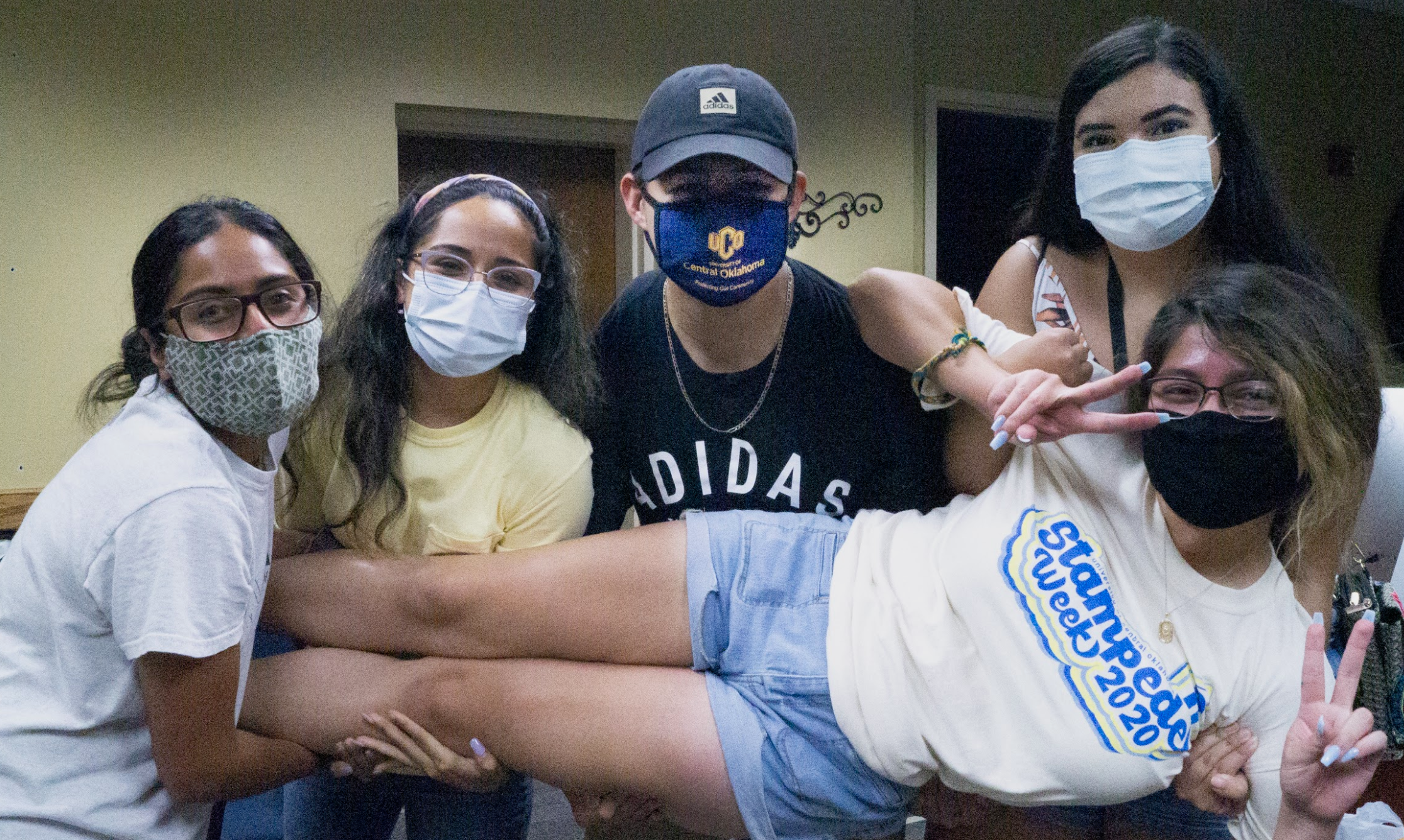 The Hunt for a Family

El Encuentro or “The Hunt” was one of many cultural diversity events held last week at The University of Central Oklahoma in partnership with the Office of Diversity and Inclusion.

HASA representatives felt it was best for new students, including freshmen and transfer students, around campus by having this scavenger hunt.

Public Relations Chair, Jasmine Cabello stated, “It’s important for students to join events such as this one. It may make it easier to join other on-campus organizations and encourage them to attend other events. It can be difficult to know where to start, HASA, and this event is intended to help be the first step.”

This upcoming year, both the goals and hopes for HASA revolve around maintaining and building a sense of community here those at UCO.

Throughout the past years HASA has become more than an organization, they are family, according to Cabello.

Since this year is different than past years, due to COVID-19, the main goal of HASA is to remain the family and be a safe space for those who need it.

Cabello is a HASA member and representative, a junior in elementary education. She spoke about the group being a place where real memories are made.

“By the initial meeting … it was one of the first places I felt comfortable. It’s about sharing a funny memory with someone or you find something genuinely in common with someone, it creates something more than a passing memory,” Cabello said.

“The whole idea of a scavenger hunt is about integrating the new students and past students. Why a scavenger hunt? I want people who aren’t familiar with the campus to come! I want to show someone the ropes so later they can do it for someone else,” President of HASA Gerardo Santillan said.

“In the grand scheme of things I’m helping you so later on you’ll be able to help us back. That means representing us [HASA], being a mentor — because you found a reason to,” Santillan said.

This is a resounding message through the events last week, a call for togetherness and a celebration of the similarities and differences within a culture.

“It is not just a group for Asian Americans. The group’s goal is to encourage cultural awareness through diverse events to everyone who wants to be part of the change,” Mindy Vo said, former AASA council member.

“Regardless of race, background, and culture, anyone can join,” Vo said.

The continuing theme through the week was, despite race, friendship and memories can thrive with these organizations. Getting involved is as easy as showing up.