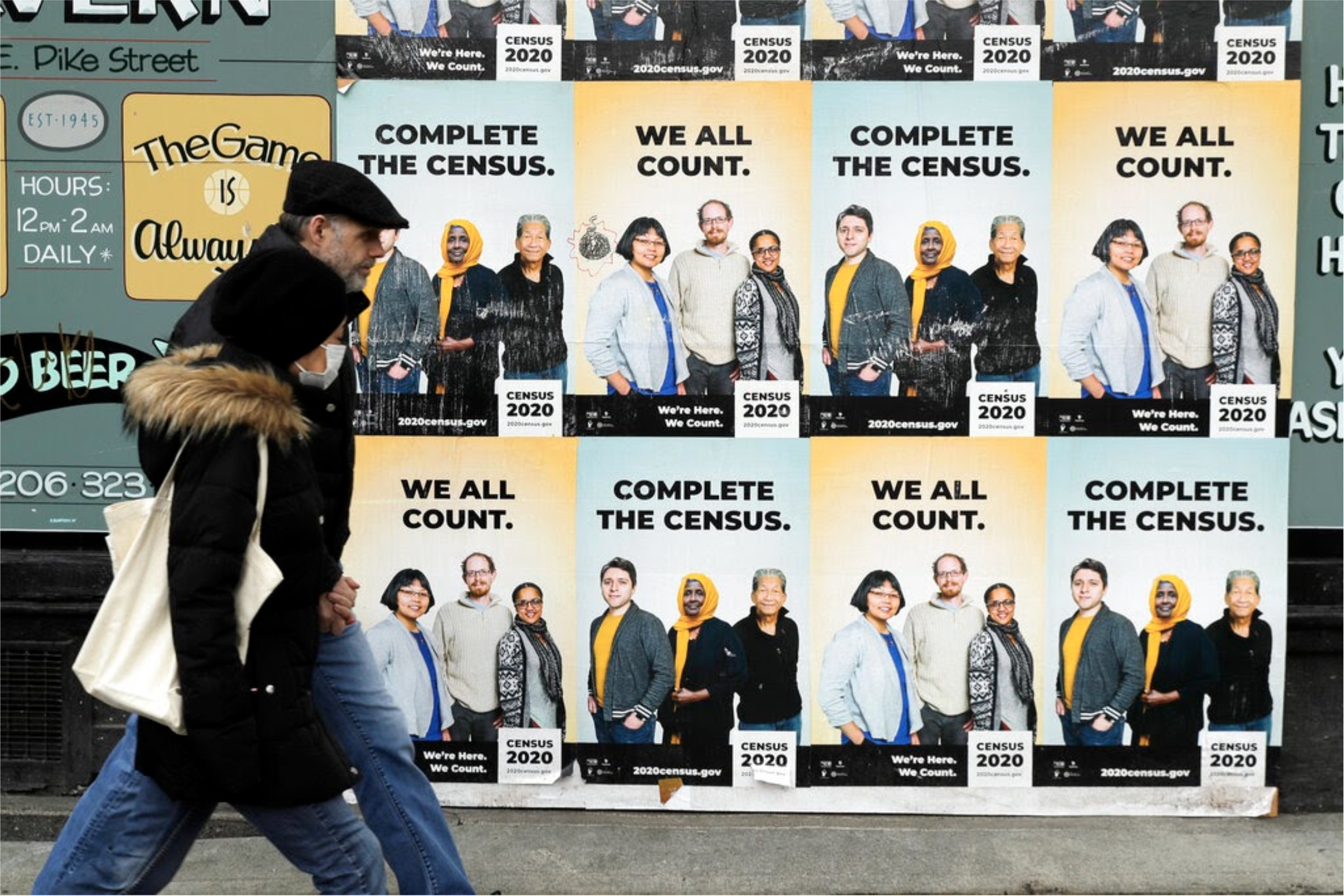 People walk past posters encouraging participation in the 2020 Census in Seattle's Capitol Hill neighborhood in April 2020. The U.S. Census Bureau has spent much of the past year defending itself against allegations that its duties have been overtaken by politics. With a failed attempt by the Trump administration to add a citizenship question, the hiring of three political appointees with limited experience to top positions, a sped-up schedule and a directive from President Donald Trump to exclude undocumented residents from the process of redrawing congressional districts, the 2020 census has descended into a high-stakes partisan battle. (AP Photo/Ted S. Warren, File)

The census counts at UCO campus

With the census collection deadline of Sept. 30 fast approaching, Oklahoma is 3% behind the self reporting rate of 2010.

The federal government uses census data to determine local factors such as tax funding and representation in Congress. Approximately each household that doesn’t complete the census survey costs its community about $1,675 in local federal funding per person, per year, for 10 years, according to the Oklahoma Census website.

On campus Greg Mitchell, a history education major, said his household had completed the census.

“The census is necessary,” Mitchell said.

The self response rates in 2000 were  64% according to the Census Bureau.

Many other students when asked said that they live with their parents and had no real opinion on the census. Slayde Adams, a forensic science and psychology double major, said his parents had filed.

The Government Accountability Office did note in a recent report that “continuing challenges such as COVID-19 could escalate census costs and undermine the overall quality of the count,” the report detailed.

COVID-19 was also pointed as the likely cause of the lower response rates by Trey Harris, a psychology major, who said he lives with his parents who filed the census.

“If we can sit on our phones for hours, 10 minutes isn’t going to hurt.”

According to the census bureau website, “to help the Census Bureau continue to adapt to the pandemic, the White House Office of Management and Budget recently submitted a supplemental request of $1 billion for the 2020 Census.”

The bureau will end field data collection at the end of the month. Self-response options will also close at that time to permit the commencement of data processing. You should count yourself at the place where you are living and sleeping most of the time as of April 1, Census Day.

The bureau says you should count everyone who is living in a household. This includes anyone, related or unrelated to you, who lives and sleeps at your home most of the time.

“Count roommates, young children, newborns, and anyone who is renting a space in your home. If someone is staying in your home on April 1 and has no usual home elsewhere, you should count them in your response to the 2020 Census.”

An accurate count helps inform funding for hospitals, fire departments, schools, and roads for the next 10 years. College students are an important factor to an accurate count for Oklahoma. Considering Edmond is a college town, students at UCO play a key role in obtaining community funding.