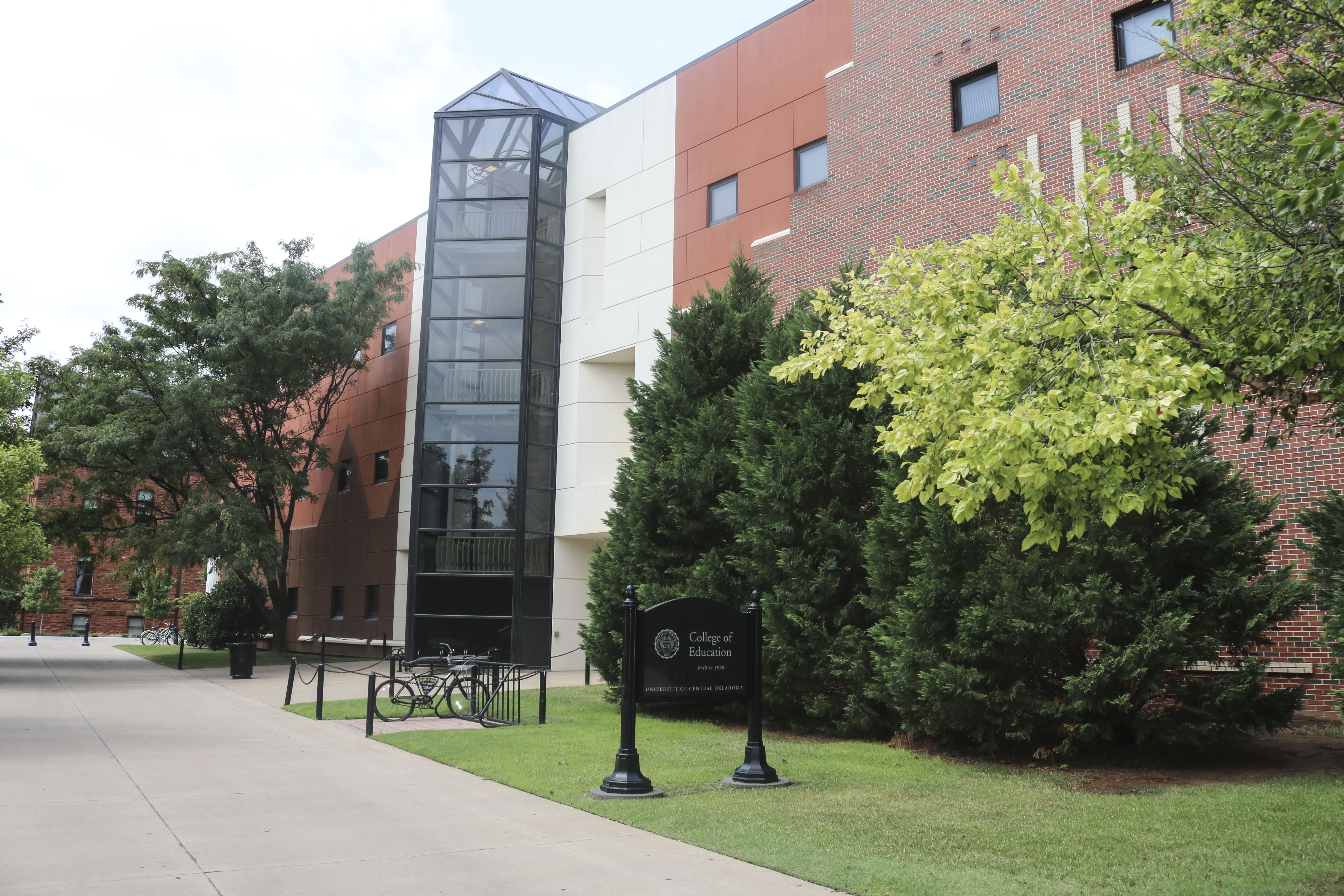 The College of Education building sets on the west side of the University of Cental Oklahoma’s campus. (Samantha Karbelk/The Vista)

The Educator Preparation Program has declined by about 20 percent over the last five years at the University of Central Oklahoma, which may be an effect of the overall education struggles faced by some institutions throughout the state.

James Machell, dean of UCO’s College of Education and Professional Studies, said this decline is caused by a mix of things: lack of funding, depressed salaries, small classrooms and overall lack of funding for supplies. He it may also be caused by teachers feeling like they are not respected.

“Teachers feel like they are not treated with the respect they deserve in the important role they play in preparing their students for life in careers, and again that may or may not be accurate, but we equate how we are valued based off of how we are treated and how we are paid…,” Machell said. “It’s really the funding shortage combined with the perceived lack of respect.”

More specifically, from 2012 to 2016 the education program declined about 20 percent from 1,580 majors to 1,321 majors, according to the 2016-17 UCO Factbook. The most recent Factbook has not yet been released, but should be released by the end of the month, according to Machell.

“[The decline is] going to cause the state to have to find more alternatively and emergency certified teachers, because there aren’t going to be enough graduates from our traditional programs to fill the needs of all the new teachers that are needed,” Machell said.

There currently isn’t data released to show how the teacher preparation program has affected emergency and alternative certification, but Machell said the Oklahoma State Department of Education is working on a study to see the effects of this.

Last April the legislature appropriated additional funds to teachers, resulting in about a $6,000 salary increase. This is what Machell said is going to have a positive impact on the teacher preparation decline.

“My sense is we may be about to see better things coming with the legislator appropriating salaries for last year; that was a good beginning,” Machell said. “We think that will have an impact, but the way we look at enrollment it is too early to tell. We can’t detect yet that it has had the effect of improving enrollment.”

With numbers like these, it is not clear what the exact reason for the decline is, among students, without a survey or something similar.

Bryan Duke, assistant dean for CEPS at UCO said there used to be a survey that was sent out to students who had switched their major from the teacher education program, but that hasn’t been done in about two years.

“We didn’t find that our survey was giving us too much additional information, it kind of was just saturated with the same information over and over again, but about two years back we sent a survey out to people who were changing their major from Education to another one here at UCO,” Duke said.

When the surveys were given out, Duke said the three main reasons that students began changing majors were: students did not realize what is involved in teaching, some of them realized that they did not necessarily want to work with children and for some, teacher pay was an issue.

“I think it is several things, I think we are seeing this trend not only at UCO, but in the state and actually across the country, and part of this is that the narrative about teachers has really been pretty negative,” Duke said. “I think many teachers report feeling undervalued and disrespected, I think state laws or federal policies have contributed to that.”

When teachers — or workers in any field — strike, it’s usually a showdown with the bosses. But in Oklahoma, the traditional battle lines between workers and management have gotten blurred as both sides take aim at a bigger target: the state Legislature. https://t.co/RT5q3qCsCV

Statewide there are 23 teacher preparation programs, and the decline in program enrollment has been 29 percent from 2013 to 2018, according to numbers from the most recent report from the National Teacher Preparation Data from Title II Reports. These numbers reflect data from 18 of the 23 teacher programs.

UCO specifically has several organizations and programs that promote the teacher preparation program and recruit those aspiring to become teachers to the program, such as Generation Citizen and Urban Teacher Academy.

Susan Scott, CEPS professor at UCO, is the main director of one of these programs called Prospective Teachers Academy. Through this program, she has been writing grants through the Oklahoma State Regents of Education, Office of Oklahoma Teacher Connect to sponsor the program. Ultimately, the program recruits high school students to become teachers.

Along with programs like these, there are also Learning Living Communities in the Quad residence hall at UCO. Specifically, there is one for Education and Psychology that assists students in the teacher preparation program.