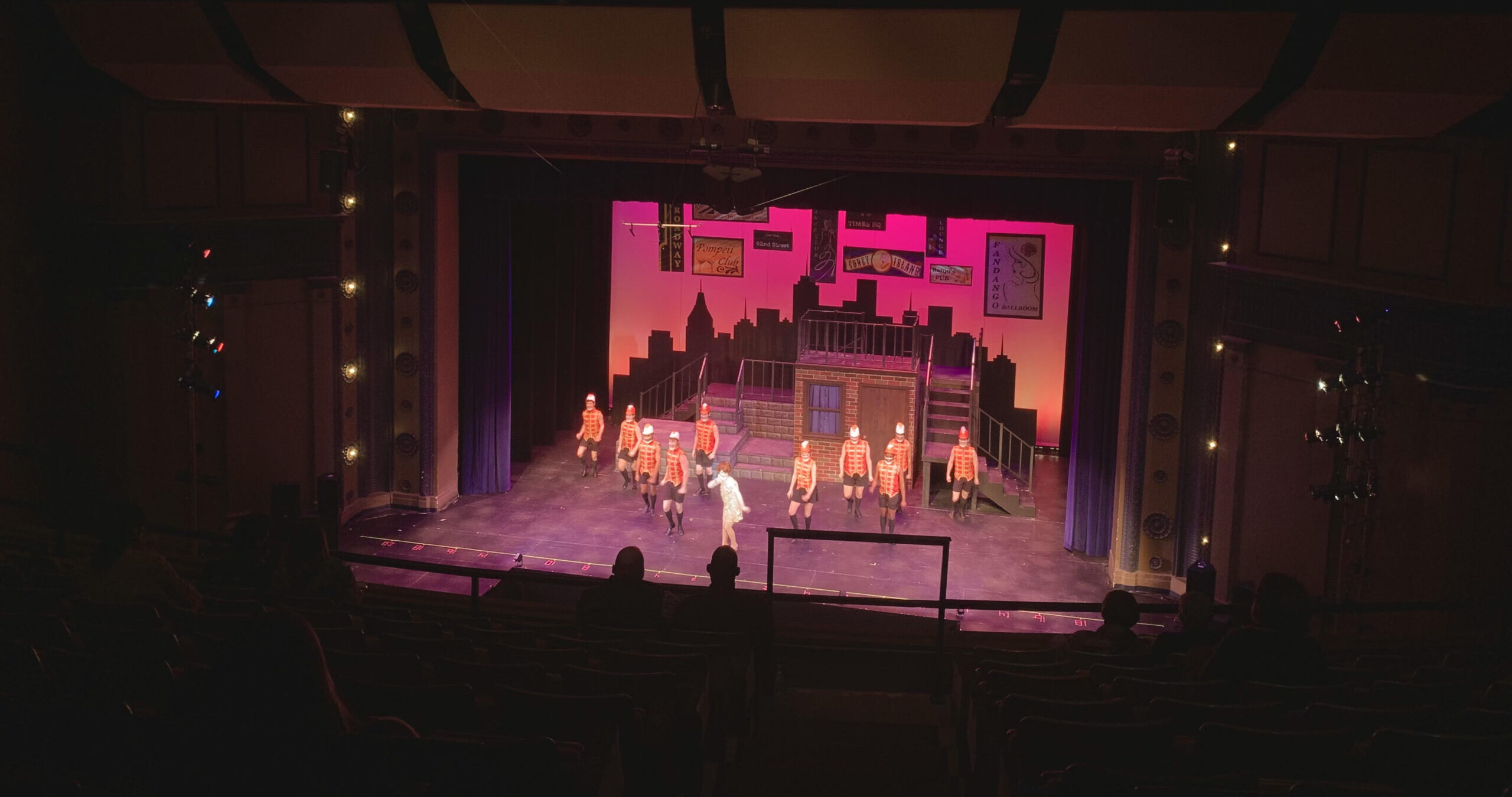 The University of Central Oklahoma closed their production Sweet Charity on Sunday at the Mitchell Hall Theater. Directed and choreographed by Broadway’s Brian Marcum and assisted by Broadway’s Eloise Kropp, it starred UCO’s dynamic and spirited performers.

Sweet Charity tells the story of Charity Hope Valentine, a hopeful romantic – poignant and adventurous-always giving her heart to the wrong guy. She works at the Fandango Ballroom with her sassy friends Helene and Nickie where they are paid to dance with men. Though circumstance may not seem to favor Charity, her misfortunes leave her with unfailing optimism that allows her to leave her decidedly undesirable job as a Taxi Dancer. Charity sings, laughs, cries and dances her way through a grandiose adventure.

The in-person crowd was quaint, socially distanced and masked. Behind the masks was a hopeful and energetic audience filled with lots of outbursts in laughter and cheering, and rightfully so.

Charity, played on Saturday night by UCO freshman Saoirse Ryhn, was a burst of fresh air – full of energy, poised and inviting. She perfectly depicted Charity with high-pitched embellishments, lovely voice and her strong dance technique, pairing perfectly with her best friends Helene and Nickie whose performances captivated the audience with their sassy attitudes. Helene, played by Maya Cook, a senior at UCO, was a sultry and brassy dancer with a big belt and had a strong presence on stage. Nickie, played by Jessica Cajina, a junior at UCO, was a delight. Cajinia depicted a true New Yorker attitude with the voice and dance skills to back it up. UCO MT department could not have cast a better pairing for that night’s show.

After an anxious wait for the UCO female ensemble performance of “Big Spender” the performance sent chills through the audience. It was every amount of sultry you would expect for a hit number like that, but these young performers gave more than expected. UCO’s composition of the song combined with the lighting, costumes and the silky voices created a  stunning performance.

Costume Designer Alyssa Couturier and her team lived up to the well-known rumors of the UCO Costume Department being the best. These unique ’60s designs and stylish pairings had me wishing I owned an outfit like that myself.

Overall, the performance was astounding, special thank you to the cast and crew who were able to captivate Sweet Charity in a refreshing light and bring life to a stage that has been longed for over the past year.