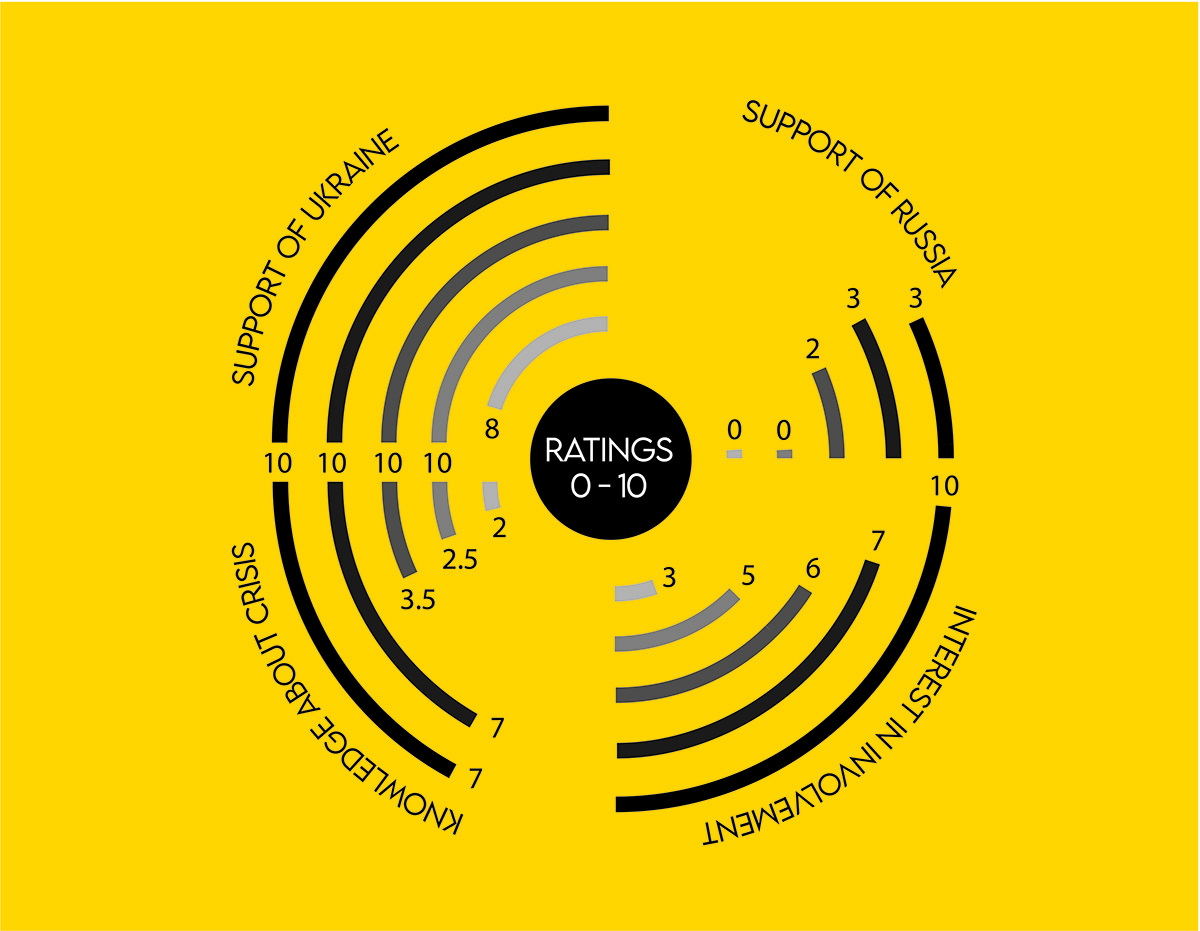 Students weigh in on the Russia/Ukraine war

As the UN reports over 1,000 civilian casualties in Ukraine after the use of mass gravesites in Mariupol, NATO and the U.S. make contingency plans in case of Russian strikes on NATO countries.

According to Britain, the Russian ministry of defense has reported use of the TOS-1A thermobaric weapons system in Ukraine. A thermobaric rocket, also called a “vacuum bomb,” is launched from a tank and explodes in two stages, sending out intense waves of heat and pressure.

Russia bombed a maternity hospital in Ukraine in the third week of the invasion that left “children under rubble,” Zelensky said, calling it “ultimate evidence of genocide.”

U.S. Secretary of State Anthony Blinken said that Putin is leading Russia to a “strategic defeat” in Ukraine.

Jayce Camp, a forensics and psychology major at UCO, feels that “it’s just a senseless act of violence and war that shouldn’t be occurring.”

Monica Hernandez, a women’s, gender, and sexuality studies major at UCO, said she supports the people of Ukraine, highlighting “empathy to the situation in terms of being forced out of your home or having to live under this terror that you’re not going to have a home or your life, it’s very uprooting.”

“Being displaced is traumatic and stressful and I understand that completely,” Hernandez said.

Anamarie Lopez, a counseling and psychology major in the graduate program at UCO, said it is hard for people in the region to know if what they are hearing is the truth.

“That’s complicated because there’s a lot of misinformation in Russia where people are not hearing the truth, they’re not hearing accurate information, I think it’s called propaganda, right?” Lopez said. “They’re hearing that the war was provoked or that they had to be in this situation so I think a lot of the Russian people, they have been protesting in the streets, they’re getting arrested, they don’t have freedom with their internet capabilities, so I’m supporting the Russians that are fighting for Ukraine but it’s more like the leaders of Russia that are the problem.”

Support for Ukraine is strong among this sample of students at UCO.

“I don’t support Russia anyway, from their stances on a lot of social justice issues and rights issues, I don’t really agree with them,” Camp said.

Hernandez said she does not support the Russian government “for many reasons, because it’s a fascist, authoritative government that does not provide their people the ability to speak freely, think freely, live freely. Meanwhile, the Russian people obviously are just like us in terms of feeling the aftereffects of what their government is deciding to do.”

Hernandez points out how “just like we have a political spectrum, so do they. There are people that are believing Russian propaganda and believing they are doing correctly. And on that same coin, people who don’t wanna be involved in the war whatsoever and they condemn their state government as seen with protests and whatnot. Intervening media-wise I’ve seen that a lot, essentially being very proactive against that government. It’s scary and brave to see people even do that. I see it happen in clips and I don’t know where they’re going to end up, it’s scary. I have lots of empathy for the Russian people,” she said.

When asked about personal involvement, Hernandez said, “I get updates via Twitter and look at what’s the main scope for that day essentially, just because there’s not much I can personally change about the narrative.”

She also mentioned the importance of “looking out for different narratives, because it’s all kind of focused on different little angles and perspectives. Whose story are we telling, who are we focusing on in terms of economic change and then like state change with the ones surrounding it like geopolitical changes?” Hernandez said.

Camp said he would be interested in getting involved “but I don’t know how I could do that while staying in Oklahoma.”

Options for getting involved are limited at the individual level for many Americans.

“As an American in Oklahoma, the only involvement you can do on an individual scale would be the disbursement of unbiased information, so not spreading misinformation,” Hernandez said. “If you can, if you have the income to spare, a little bit to those funds that are providing resources to the Ukrainian people, that’s a way to do it, but I feel like there’s already so much misinformation on social media and really any source of media that it kind of becomes a little bit redundant.”

“Especially on social media, in terms of where people feel like they have to say something in order to show what side they’re on and you don’t always have to do that as long as you yourself know that you are informed, that’s just enough. I feel like it’s performative in some aspects and it’s not very truthful, I suppose,” Hernandez said.

Machela Leathers, another student at UCO, said that it can be mentally draining to stay informed about war.

“It just gets depressing after a while and I didn’t want to read about it anymore,” Leathers said.

Students are balancing staying informed with their mental health.

“I‘ve taken a small break from the TV and everything but I’m still trying to stay informed. I think it’s important to find a balance of being up to date and taking care of your mental health. We’re trying to learn that balance – like you have to be informed but you have to take breaks too,” Lopez said. “It’s a privilege to not be informed, it’s a privilege to take breaks as well, so it’s a little tricky. We’re trying to do what we can but also not go into World War III and I’m like, yeah, that’s a fine line.”