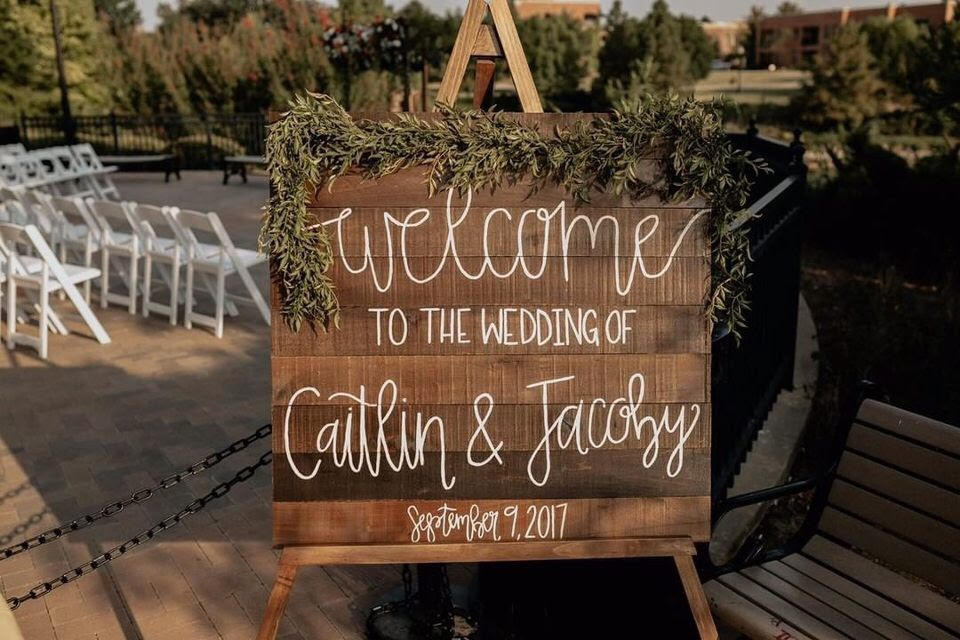 Students Picking up Side Jobs to Pay Bills

With the increase of tuition and busy class schedules, finding a job that students can balance while enrolling in a full class schedule can sometimes be tough. As a result, some full time students are taking advantage of social media to start their own businesses to help support them through college.

“I’ve always been crafty, and had good handwriting,” said Jaden Weir, student at the University of Central Oklahoma studying community and public health. “So, I started painting and would post my work on social media and people started asking how much and requesting orders.”

Weir has been running her own painting business, Jcwdesigns, on the side now for two years while also selling Arbonne and being a part-time nanny.

“I kind of wanted to take advantage of it, people started asking for certain things, so I decided to branch out and start a business,” said Weir. “Because, having money on the side is never a bad thing, especially while in college.”

While balancing college and work, Weir said one of the perks of this business is she manages everything on her own time.

“Doing this job is not your normal nine-to-five job and that’s what I love,” said Weir. “It’s also relaxing when I paint these orders for people.”

Wedding season and Christmas are the most stressful times of the year for her business, according to Weir. She has become so successful that over Christmas break she had a pop-up shop located at Cinnamon Bears, a baby and children’s clothing store in Downtown Edmond.

“School is my number one priority, but I still want to please my customers. It says on my social media that I am a full-time student though, and people do respect that.” Weir said.

Logan Hendrix, UCO student getting her master’s degree in speech language and pathology, has also created a successful side business to get her though college.

“I started my photography business my senior year of high school in 2013.” Hendrix said.

According to Hendrix, she has always had many long-time friends in photography. She would go to photoshoots and learn as much as possible, which is how she realized she could start to do this on her own.

“I started waiting tables at Old Chicago when I was 17 and then I quit that job my sophomore year of college,” said Hendrix. “I started comparing the income, writing down in my calendar how many hours I worked and how much money I made serving and compared that to my photography business.”

Hendrix said it came out to about the same amount of money, but there were less less overall work hours in her photography business. With this in mind, she decided to do photography full time.

“It was easier to make my own schedule and work from home during college,” Hendrix said. “Plus, I really love it.”

According to Hendrix, social media has helped her grow Loganna Photography tremendously.

“I basically started on Instagram and have grown since,” said Hendrix. “It’s helped me connect to people I know and people I don’t know, it’s really how I get my business.”

Hendrix said she uses the money from her business to live off on while taking out student loans for her education. After growing her clientele over the years and updating her equipment, she has estimated that she makes about $25,000 to $30,000 a year.

Both Hendrix and Weir said they plan to graduate and work in their career fields. They also plan to cut back on the businesses they have created while still doing them on the side.

But while that may be the plan for Hendrix and Weir, Dayshon Mathes, a former student at Oklahoma State University, quit college completely to focus on his business.

Mathes was majoring in apparel design and had been enrolled for about two years when he made his decision. Mathes said he had a few problems with a professor in his department and felt like he had no freedom for his innovation.

“I was waiting for the next semester to come up, and over the break I started making clothes,” said Mathes. “I posted what I had been working on on Twitter and it started going crazy.”

According to Mathes, he felt his short time in college taught him a lot already, so he took what he had learned and used his knowledge to his full advantage. He showcases his work on social media and his website. However, Mathes said he isn’t living off his business completely, yet.

According, to Mathes his clothing is affordable to many different target audiences. With anything from graphic tees costing $25 to other pieces costing $150 to $200.

Social media has helped Mathes grow his business and he said he has even been contacted by a few local famous people and celebrities.

Tuition at UCO has increased 5.5 percent over the last academic year, while total credit hour production has decreased from 403,901 in 2013 to what the university estimates will be 358,000 in 2020. This could be the explanation for why students are looking for and working on side jobs.