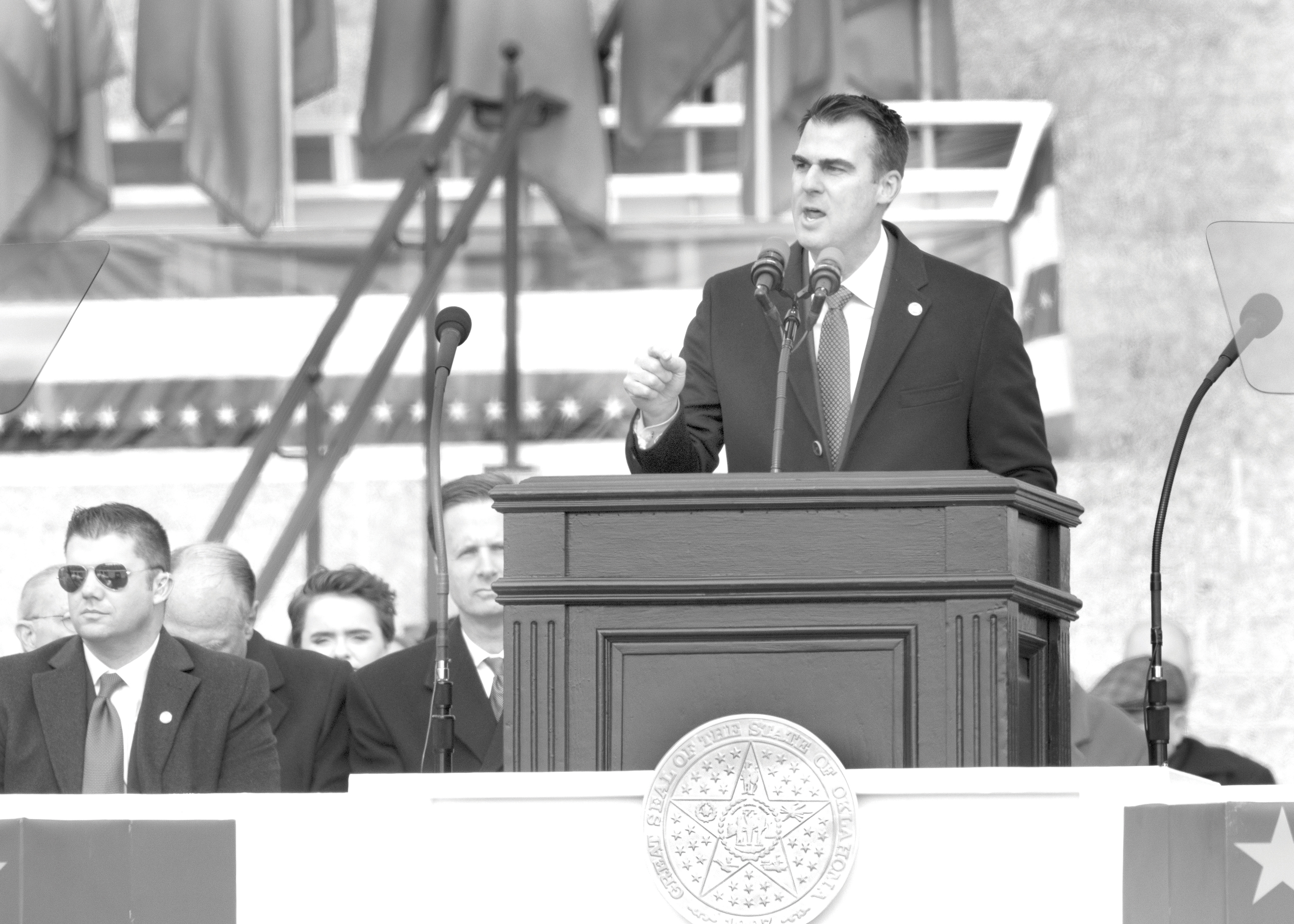 Gov. Kevin Stitt speaks during his 2019 inauguration address at the State Capitol on Jan. 14. Stitt has nominated 10 cabinet members and will nominate five more in the coming weeks. (Tanner Laws/The Vista)

During his first week in office, Gov. Kevin Stitt started off by working with his new cabinet to strategize key areas of concern across the state as well as several major issues he had addressed during his election campaign.

Stitt, who was sworn in as governor last week, is currently working with a cabinet of 10 nominees and intends to name another five in the coming weeks. His latest appointment was Lt. Gov. Matt Pinnell as Secretary of Tourism and Branding.

Stitt has said several times that his goal is for Oklahoma to be what he called a “top 10 state.” His reasoning is that Oklahoma has hard-working people and it is filled with resources that should propel the state further than where it currently sits.

“We are going to ensure every dollar matches the values and vision of Oklahoma becoming a top 10 state,” Stitt said. “We are at our best when people are gainfully employed, when wages are improving, when people have freedom to innovate and access to opportunity.”

Addressing issues such as agriculture, infrastructure and economics by recruiting people from outside Oklahoma and training them is something Stitt has said he intends to do in office. In doing so, he has promised to come up with a long-term plan to address inefficiencies and governmental problem areas during his tenure.

“In all that we do, and the decisions that we make, it will come back to growth,” Stitt said. “We will ask ourselves, ‘Does this new bill, does this new investment, does this regulation grow Oklahoma?’”

Among the issues Stitt campaigned on, he said he still intends to reform Oklahoma’s education by raising teacher pay and promoting the use of technology. He also plans to retain new teachers that graduate from Oklahoma universities and keep their employment in Oklahoma.

“We are either moving forward or we are falling behind, and I believe we have more opportunity today than any day in our history to start a business, to expand an existing one, to move our state forward,” Stitt said.

Along with the broader goals of education and the economy, Stitt has also been an advocate for the pro-life movement and defending the Second Amendment. He said he plans to have Medicaid and the Department of Health inspected for inefficiencies and improvements during his time in office.

“You, the people, come first. I commit to you to be a good listener, a continuous learner, a committed communicator and a bold leader for the decisions that make a difference for today’s children and the next generation,” Stitt said during his inauguration.

A Florida native, Stitt grew up in Norman, Oklahoma, and is an alumnus of Oklahoma State University with a degree in accounting. Before getting into politics, he served as the CEO and founder of Gateway Mortgage Group. He lives in Tulsa with his wife, Sarah, and their six children.