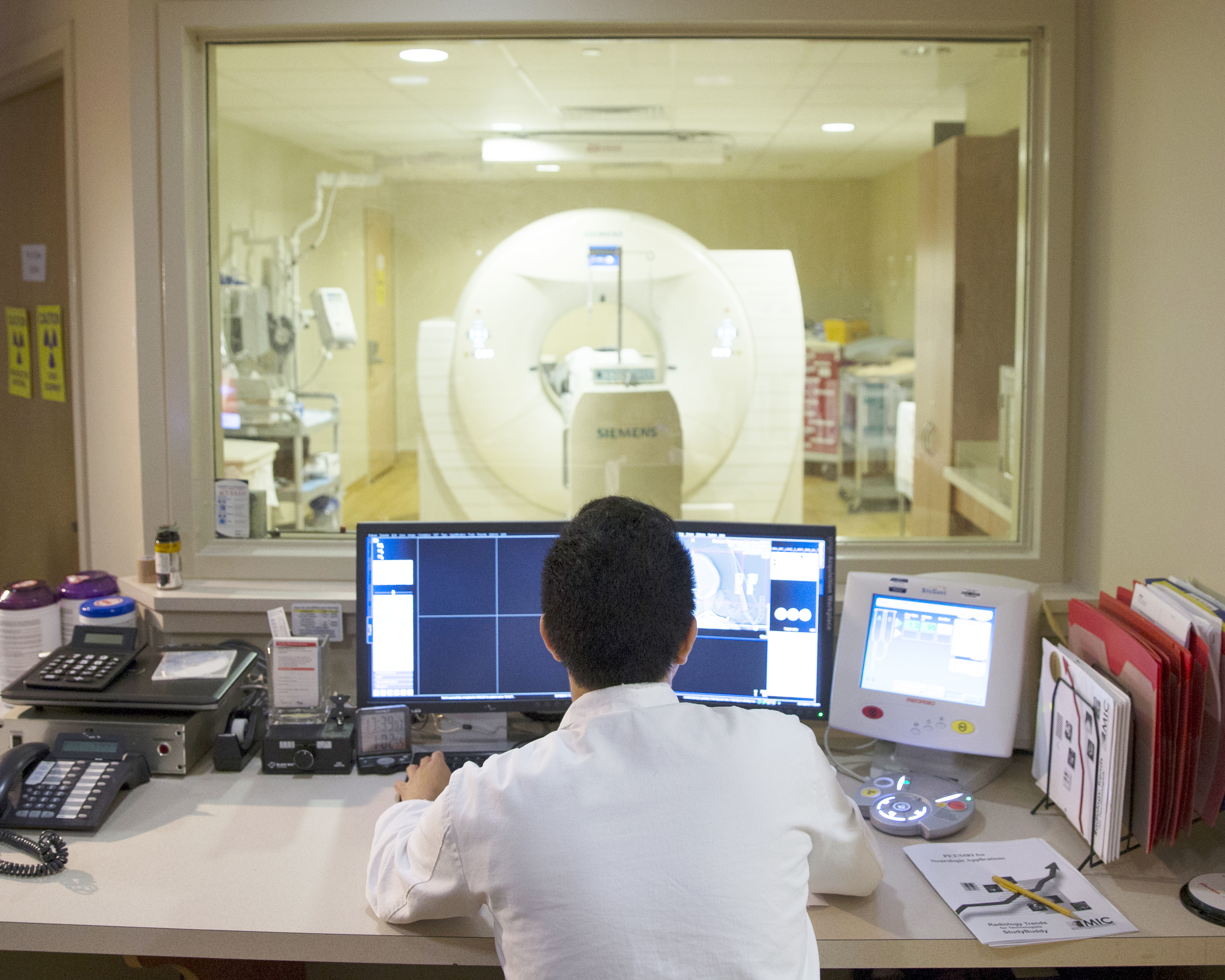 In this May 19, 2015 file photo, a nuclear medicine technologist makes a PET scan of a cancer patient at Georgetown University Hospital in Washington. Oklahoma is looking to use social media to increase participation in cancer studies. (Provided/AP)

Medical researchers in Oklahoma have been developing a method to allow rural residents of Oklahoma and neighboring states to participate in cutting-edge medical research through the use of social media.

According to the American Cancer Society, 19,000 Oklahomans are projected to be diagnosed with cancer this year, and more than 8,000 of them will die. Oklahomans aren’t more likely to get cancer than residents of any other state, but when they’re diagnosed, they are more likely to dieLuckily, throughout the United States, cancer rates have steadily decreased since 1991.

Oklahoma has five cancer centers within the state, all holding clinical trials annually. Three centers in Tulsa, two in Oklahoma City and one in southwest Oklahoma, but a man or woman in rural Oklahoma or Arkansas or Texas will have a tough time partaking in the trial because of the distance.

One reason cancer patients aren’t willing to join trials is their location. Traveling from rural Kansas to New Jersey isn’t feasible. That’s where social media comes in. With social media, doctors conducting clinical trials to help find new treatments will be able to find willing participants much easier, and they may be able to do it remotely.

Christina Kendrick of Tulsa Dermatology, who has helped with clinical trials in Tulsa, thinks there could be a breakthrough with social media presence.

“With all that said, location isn’t the only reason people aren’t willing to participate in clinical trials,” Kendrick said. “Patients are afraid of the side effects that could come along with the trials, but I think detailing a plan online, coordinating with your local doctor and chatting online with the group that’s conducting the trial could lead to a higher participation rate than ever. It all has to be done correctly.”

The willingness for cancer patients to partake in the trials usually depends on the severity of the cancer, said April McConnell, a patient at the Cancer Treatment Center of Tulsa.

“It all depends on if the cancer is fatal,” McConnell said. “I have a son, I want to see him grow up and I’ll do anything to see that happen, but my cancer is lethal, so for me, I don’t see a point in participating in the trials unless it got to that extremity.”

McConnell is hopeful for the future of social media and how it could affect cancer.

“Social media may be able to bring deaths by cancer to a minimal level, but only if it’s done right,” McConnell said. “I know a lot of other people with cancer and I’m positive they would echo that sentiment.”