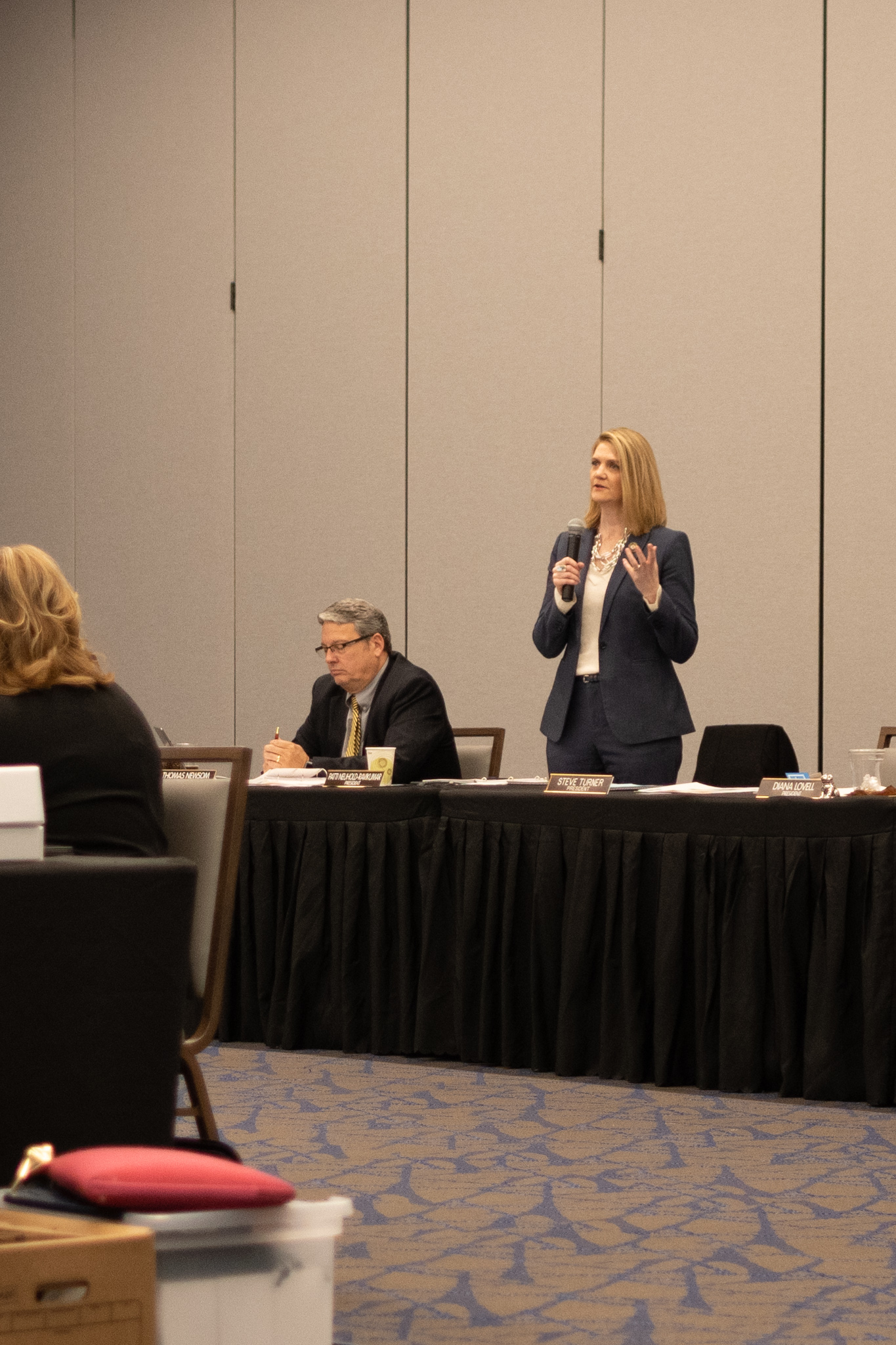 According to the agenda for Monday’s meeting, state regents were to decide whether or not to recommend President Patti Neuhold-Ravikumar for next year’s presidency. As the faculty handbook notes, “evaluations will generally be done every other year.” The meeting was held in executive session, meaning the public was not allowed to attend.

Regents and university presidents traveled to Tinker Air Force Base to recruit engineering majors at 11 a.m., but Regent Susan Winchester said they were able to get through every agenda topic.

“We were supposed to have a special presentation, but they didn’t show up,” Winchester said.

She said nothing on the agenda was out of the ordinary, but basketball teams across the state were a big topic on the floor.

“A lot of the schools won their conference and are going to the next level,” Winchester said. “It’s an opportunity for the universities to brag.”