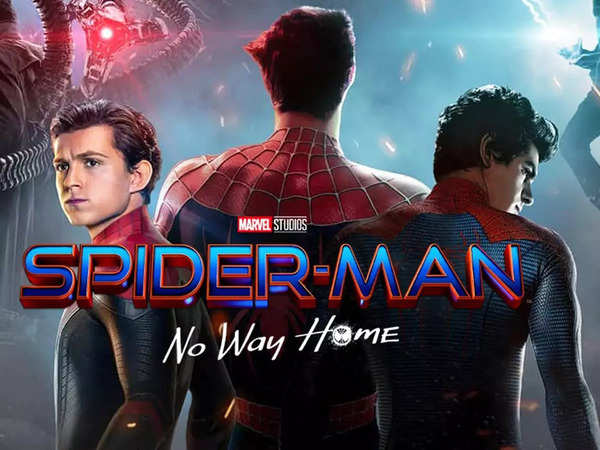 Spidey swings back into theaters with new scenes

“Spider-Man: No Way Home” will be returning to theaters on Sept. 2 with 11 minutes of new footage. “No Way Home” was one of the most talked-about movies of last year, and saw the return of many fan-favorite characters and actors from previous “Spider-Man” film franchises.

When the movie was originally released in December 2021, it made over $1.9 billion at the worldwide box office. This is significant, because no movies have been able to get close to $1 billion since the COVID-19 pandemic began in early 2020.

Billion-dollar blockbusters were becoming more and more common before the COVID-19 pandemic forced movie theaters to close down. In 2019 alone, there were nine movies that made over $1 billion at the worldwide box office. These movies included “Captain Marvel,” “Avengers: Endgame,” “Aladdin,” “The Lion King,” “Toy Story 4,” “Spider-Man: Far From Home,” “Joker,” “Frozen II” and “Star Wars: The Rise of Skywalker.”

When movie theaters were finally able to start reopening, big budget movies were struggling to make a profit because people were not ready to return to movie theaters. It wasn’t until Spider-Man: No Way Home came out that the future of movie theaters was more secure.

“I think it was a big boost to theaters,” said film critic Mathew Price. “Having a recognizable character in a story that combined action, fantasy and nostalgia was powerful for many viewers. Pulling in the various Spider-Men from the previous films gave moviegoers a nod back to those incarnations and added some closure to those stories. Spider-Man has traditionally done well at the cinema, so it does seem like having that big-name character to bring people back out likely helped [movie theaters].”

This re-release has the potential to push worldwide box office numbers for “No Way Home” past the $2 billion mark, making it the sixth movie in history to reach that number. The last movie to reach that amount was 2019’s “Avengers: Endgame.”

If seeing No Way Home on the big screen again wasn’t enough to entice people into buying tickets, the movie is also returning to theaters with 11 minutes of new scenes. But what could those scenes be?

Back when the movie was getting ready to release on home media, movie insider Amit Chaudhary posted a list of every deleted scene for ”Spider-Man: No Way Home” with run times included. They are: “Interrogation Scene Extended” (2:25), “Happy’s Very Good Lawyer” (1:35), “Peter Day at Midtown High” (5:25) and “The Spideys Hang Out” (4:25). The scenes were not included in the home media versions of the movie, which frustrated many fans. Now, it seems Sony Pictures was withholding the scenes for this upcoming re-release.

The combined runtime of every deleted scene exceeds 11 minutes so it’s possible not every scene will be added back into the movie, but what might these scenes contain anyway?

This is obviously an extended version of the scene where Peter Parker’s friends and family are interrogated by Damage Control, maybe with an extra joke or two.

After announcing that Peter has dodged his legal trouble, Mathew Murdock informs Happy Hogan that he’s going to need “a very good lawyer.” This scene is probably a brief comedic cutaway where we see Happy hire a lawyer who turns out to be incompetent and not so good.

The movie quickly skips over Peter’s first day back to school and we don’t see much of him having to navigate school with everyone knowing about his alter ego. This is likely a sequence where we see more of that.

Lastly, this is possibly an extended version of the scene where the three Spider-Men sit and chat while they wait for the villains to show up at the Statue of Liberty. This is the scene that will likely get most people to buy a ticket, since seeing the three Spider-Men was one of the biggest highlights of the movie for most fans.