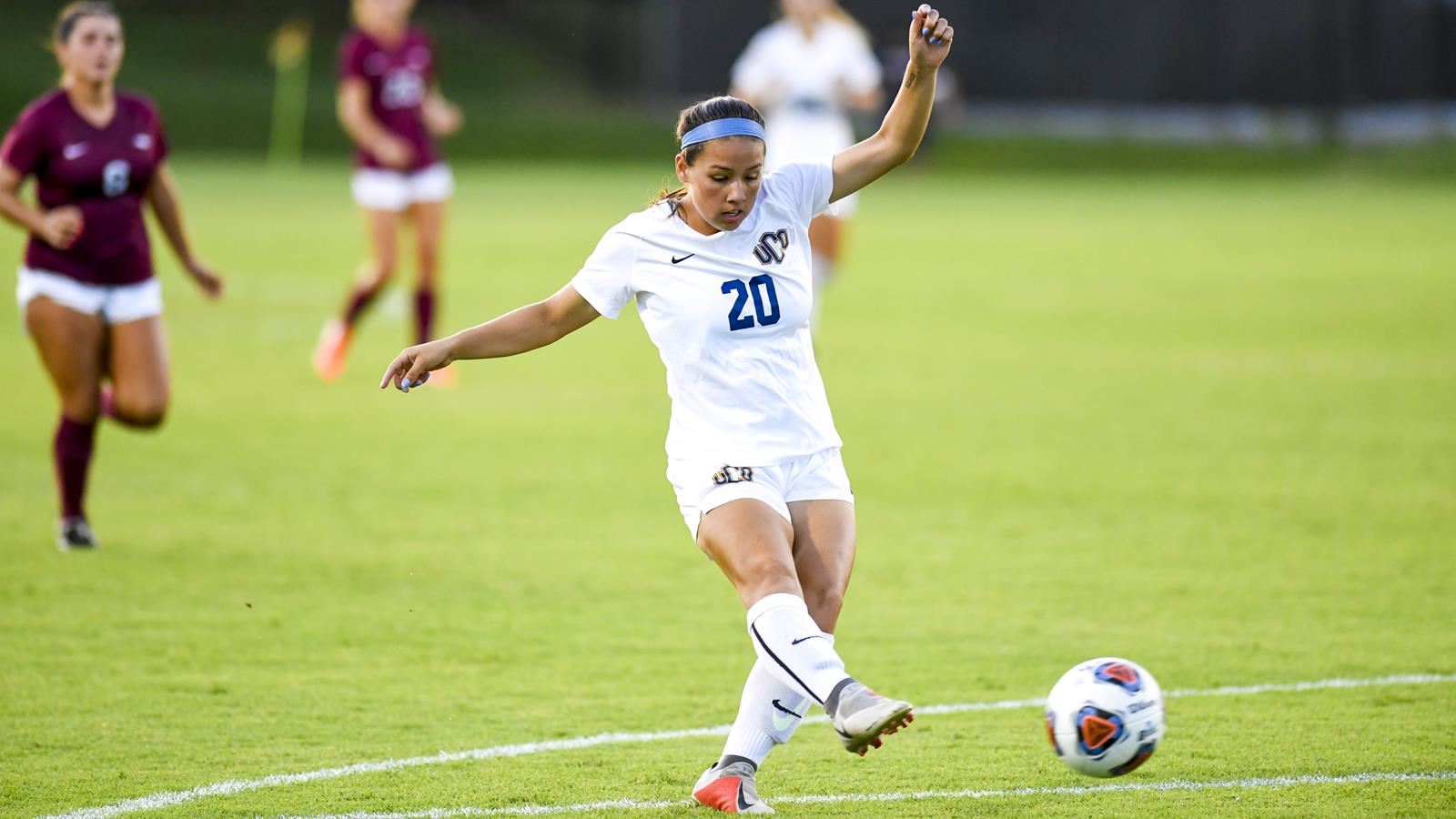 Senior Asha Haile and junior Kelsie Eason finished with two goals each on Friday, combining for all of UCO’s goals in their 4-1 win over Rogers State.

“We had a solid game tonight,” said Bronchos head soccer coach Mike Cook. “We played really well in a few different areas. We’re continuing to grow and that was good to see. And I’m proud of Kelsie and Asha for the way they played tonight. They deserve a lot of credit.”

Eason was ready out the gate for the Bronchos, scoring two goals in the first six minutes of the game. Her first came in the second minute, and her next in the sixth to give UCO an early lead.

Haile would score both of her goals in a three-minute span around the 58th minute, her first assisted by Haley Post and the other by Eason.

The Bronchos outshot NSU 22-10 on Sunday, with both teams finishing with six on goal. Eason finished with a team-high eight shots, as well as one of UCO’s three goals. Kelsey Gordon finished with one goal on her only attempt, and Haile finished with four shots and the Bronchos’ last goal of the game.

“We played well again today and it was really good to get conference play started with a win,” Cook said following Sunday’s win. “We played well on defense and had a lot of chances to score. Overall, it was a good game.”

In the 21st minute of the game, Gordon scored the Bronchos’ first goal of the game, assisted by Eason. Just a few minutes later in the 24th, Eason got one of her own, giving the Bronchos a 2-0 lead early.

The Riverhawks attempted to cut into the UCO lead in the 51st minute with a goal from Paulina Chaves, but the Central defense held the rest of the game. UCO’s Haile capped off Central’s sixth win with a goal in the 70th minute, assisted by Post.

Eason and Gordon both now have a team-high nine goals on the season.

This week the Bronchos end their five-game home stand with MIAA matches against Fort Hays State University on Friday and University of Nebraska-Kearney on Sunday, before traveling to Missouri Southern for their first road matchup since Sept. 20.

No. 7-ranked Central Missouri is the only team in the MIAA ranked higher than the UCO. The matchup with the Mules is on Oct. 13.