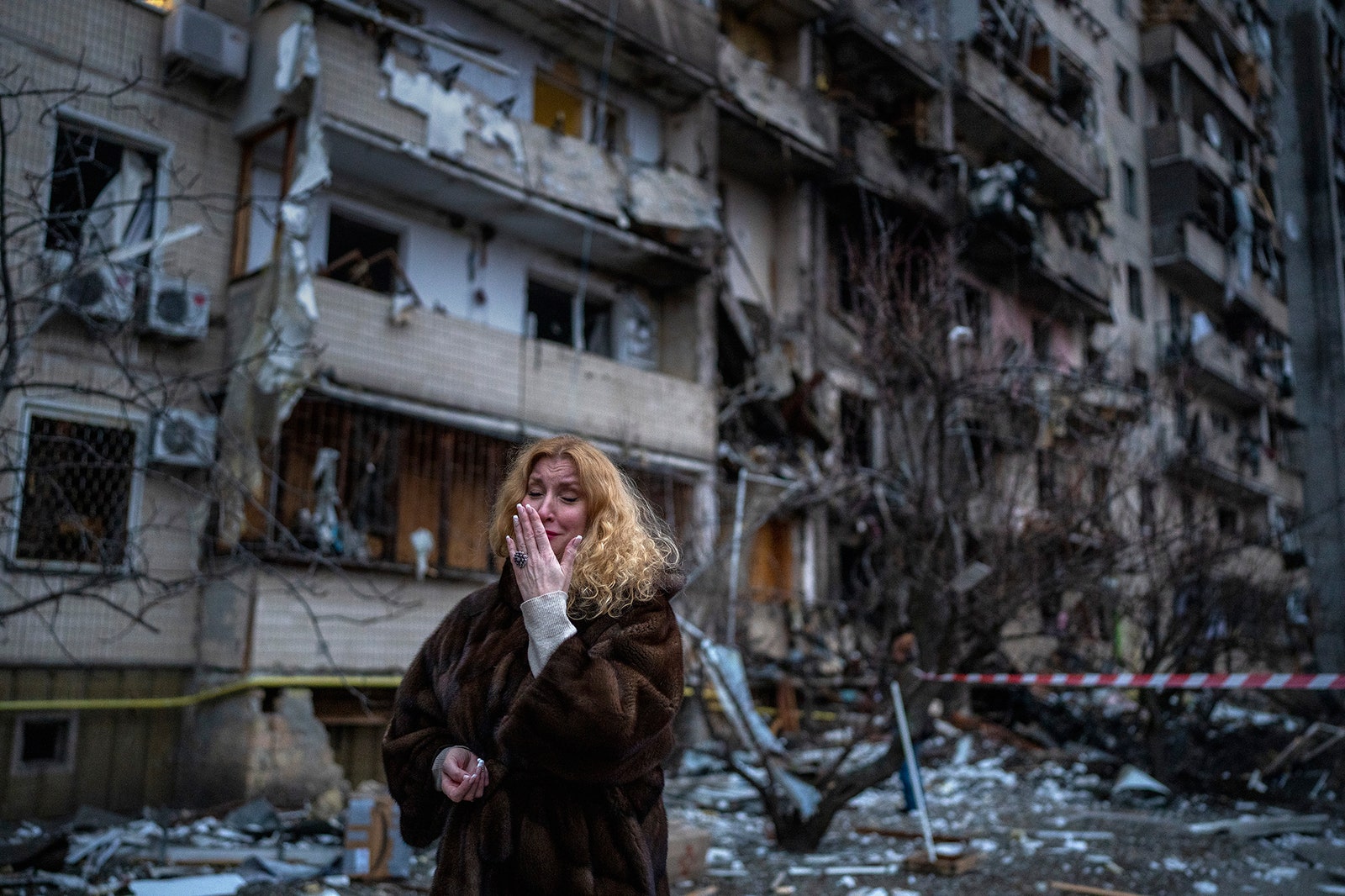 Russia’s nuclear weapons are now on high alert, meaning that the weapons are easier to detonate on shorter notice. Putin ordered the change Sunday.

US troops have been ordered into countries that border Ukraine, such as Germany and Poland, but as Ukraine is not part of NATO, there are currently no plans to send troops there. President Joe Biden confirmed this in his address Friday.

Germany has lifted its ban on giving lethal foreign aid, and is sending Ukraine rocket launchers and missiles among other weapons.

The Russian currency, the rouble, crashed 40 percent on Monday when trading opened and sanctions hit.

Additionally, nine countries have banned Russian aircraft from their airspace.

“This night they will storm,” Ukraine President Volodomyr Zelenskyy warned Friday after appealing for a cease-fire. Attacks on Kyiv as well as other cities continued throughout the night.

One Ukrainian, Andriy Vasylenko, is posting videos and updates about his experiences on YouTube. In a video uploaded Friday, Vasylenko describes traffic jams and unavailability of train tickets as people flee the country. He and his family are currently residing in the bomb shelter, as are many other Ukrainians.

Kyiv has set a curfew and encouraged evacuation or to go to the bomb shelter. In some areas, subways are being used as shelters.

Ukrainian guards fired warning shots Friday to prevent a stampede at Kyiv’s central train station as crowds forced their way onto evacuation trains, but there were too many people to carry everyone out of Kyiv to western city Lviv.

A Ukrainian soldier has blown himself up to prevent further Russian advance on a bridge. His name was Vitaly Skakun Volodymyrovych. He was a Marine battalion engineer.

A radio exchange Feb. 24 between Russian and Ukrainian battleships was thought to have ended with the deaths of 13 Ukrainians before the Ukrainian Navy reported that they are “alive and well” Monday.

The exchange went as follows.

Reports have surfaced that Russian forces have attacked a kindergarten, injuring Ukrainian children.

Earlier in the week, when Russia had surrounded Ukraine with 150,000 troops, Putin signed a decree to recognize independence of two east Ukrainian provinces, Donetsk and Luhansk, collectively referred to as Donbas. Soon after, Russian forces entered the country in those areas. The pro-Russian separatists claim control of these regions.

President Biden has announced more sanctions against Russia, conceding that financial restrictions did not stop Putin’s invasion, but has not said if the U.S. will send in military forces.

We spoke to Erik Huneke, a professor at UCO who is teaching Russian History Since 1917 this semester.

“I stand in solidarity with the people and government of Ukraine and with people and governments around the world, including courageous Russian protesters, who support human rights, respect for territorial sovereignty, and peaceful means of resolving conflict,” Huneke said.

“I am appalled but not surprised by Russian President Vladimir Putin’s deplorable acts of military aggression and his government’s disingenuous attempts to justify this aggression as a defensive measure against Ukrainian provocation and as a ‘denazification’ of Ukraine. Putin may harbor ambitions to restore Russian greatness, but one can only hope that he and his supporters will come to realize that such greatness can only be attained by using the power, wealth, and talents of the Russian government and people for peaceful rather than belligerent aims,” Huneke said.

This is a developing story.